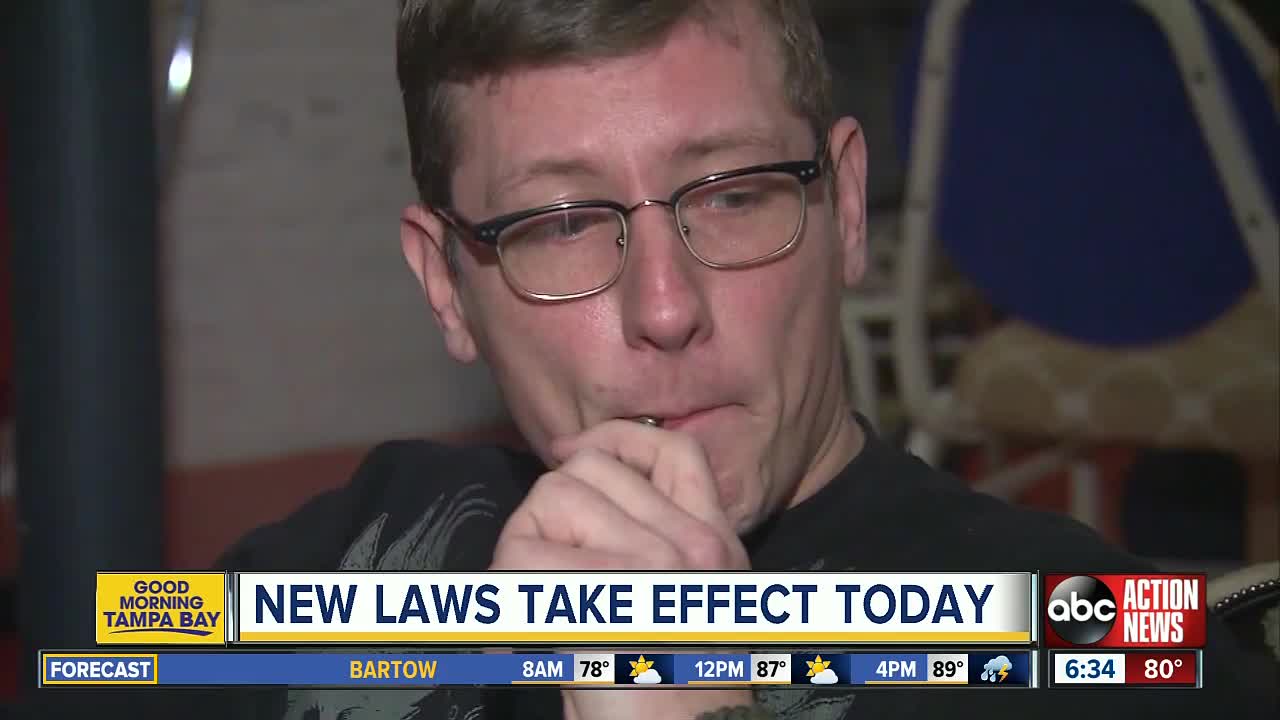 Florida lawmakers filed a boatload of bills in the last legislative session, more than 3,500 of them in 2019. Even so, only about 200 made it through both the House and Senate before the legislature called it quits in early May. 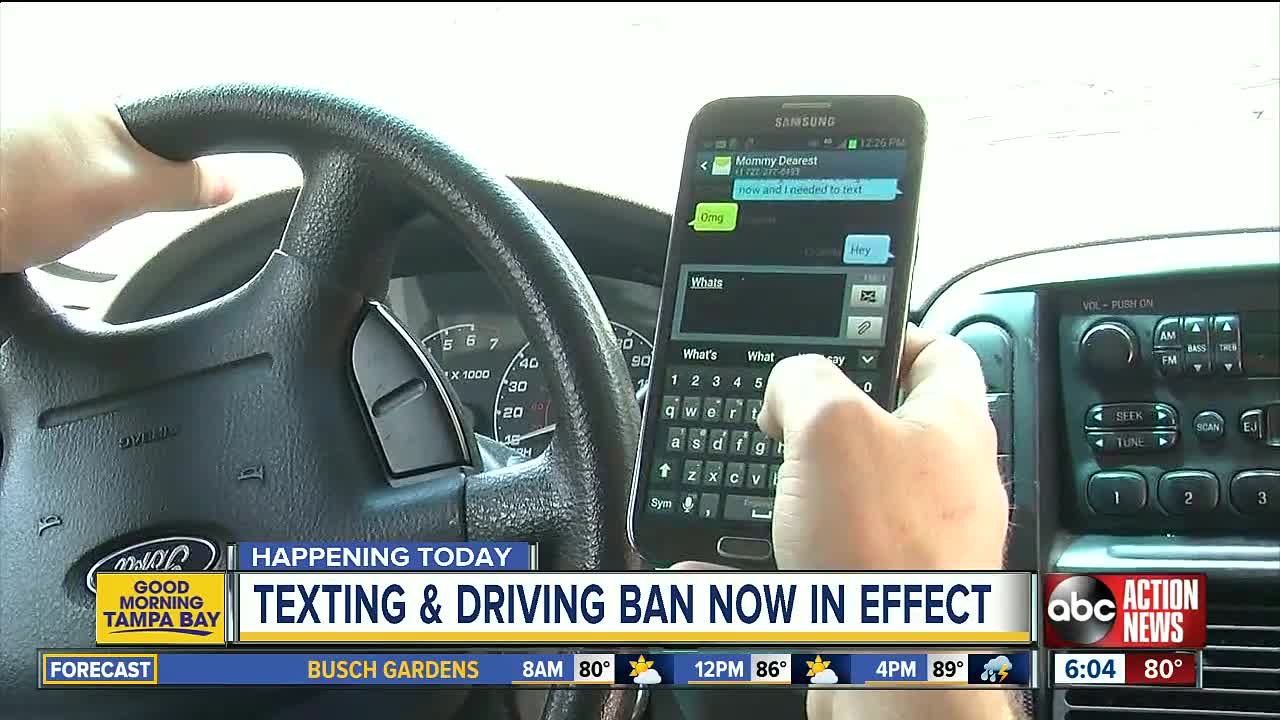 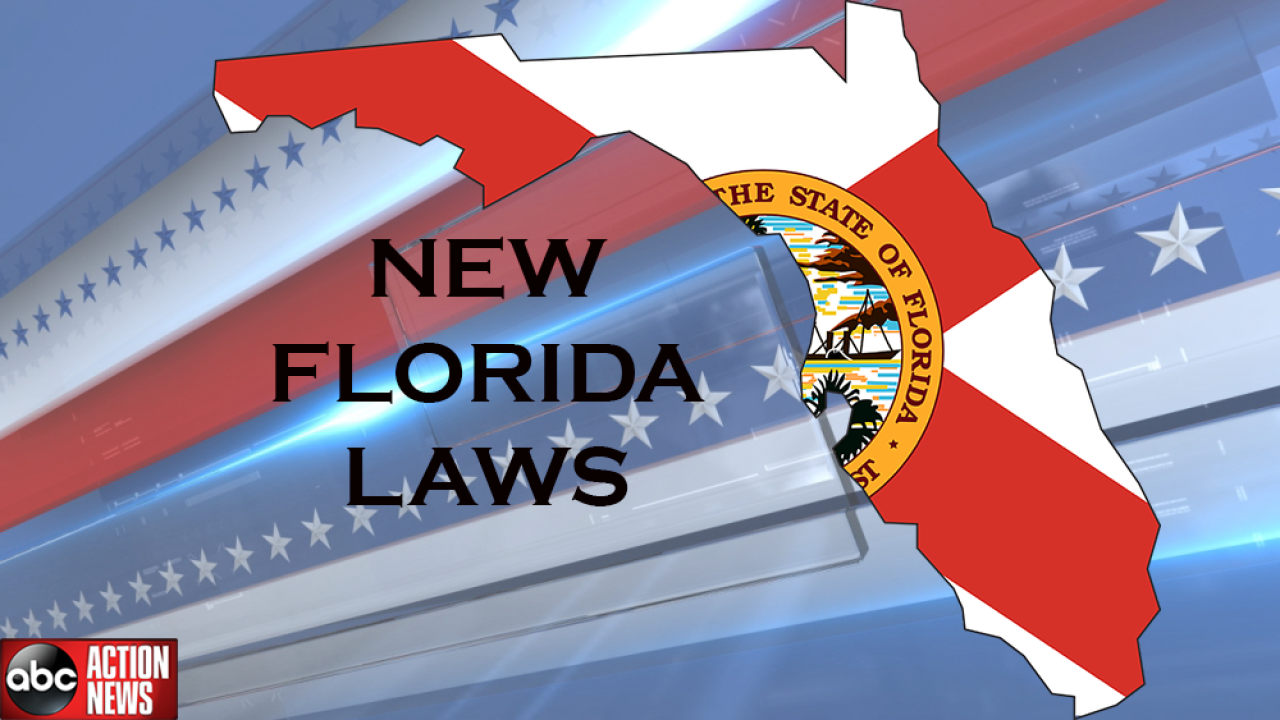 Florida lawmakers filed a boatload of bills in the last legislative session, more than 3,500 of them in 2019. Even so, only about 200 made it through both the House and Senate before the legislature called it quits in early May.

Some of the new laws are already in effect, but we put together a list of those set to begin July 1. Take a look.

HERE ARE SOME HIGHLIGHTS

Requirements for Bright Futures scholarships get tougher. The “Academic” scholarship, covering tuition and fees entirely at state colleges and universities, will require a student’s SAT to be near 1330 instead of 1290. The “Medallion,” which covers 75 percent of the costs, would move to about 1200 from 1170.

Sending messages on your phone, behind the wheel, will now be a primary offense. Law enforcement can pull you over texting and driving without needing another reason.

RELATED: Texting and driving -- now a primary offense but is it a Catch-22?

The “Schools of Hope” program gets bigger. Charter schools will be allowed to open near public schools that regularly perform poorly.

The testing requirements for teachers to get certified get easier.

Families of four, making $77,000 or less annually, get access to public funded scholarships for private schools.

Vocational and technical training in high schools gets encouragement through expanded apprenticeship and career planning programs.

The red tide mitigation program kicks off with Florida dedicated to giving $3 million per year for six years from its general fund.

Homeowners get the right to grow fruits and vegetables in front yard gardens.

More affordable drugs can be imported into Florida from Canada and other countries, provided they’re approved by the U.S. Food and Drug Administration.

Firefighters with cancer, and the families of firefighters who’ve died from it, get access to certain benefits.

Most of the provisions of the law prohibiting state and local governments from having sanctuary policies for undocumented immigrants go into effect. The enforcement section begins October 1.

Civilians who work with law enforcement get private addresses. In the past the provision applied only to officers.

The SunCoast Parkway is set to get expanded from Tampa Bay to Georgia. The Florida Turnpike will connect to the SunCoast in the west. Plus-- the state will create a new route from Collier to Polk county.

Clears obstacles to allow for the development of driverless vehicles in the state and creates a statewide framework for its regulation.

No more vaping at indoor workplaces.

Creates the rules to govern a Florida telehealth program.

The Department of Agriculture is ready and waiting to deploy rules to govern the growth, use and sale of hemp in Florida. The policy would also regulate CBD products in the state.

LAWS SET TO BEGIN IN OCTOBER

These are laws that have been signed by the governor, but won’t take effect until October 1.

Florida will no longer allow the sale or possession of sex dolls that look like children.

People who injure or kill first responder’s dogs or horses could face up to 15 years in prison. Previously the offense was capped at five years.

Here are some of the laws that started as soon as the governor signed them.

Florida’s schools and colleges now have to treat allegations of anti-Semitism the same as racism. The governor signed the bill during a trade mission trip to Israel on May 31.

Trained teachers in certain districts can volunteer to carry a weapon. The law took effect on May 8.

Motorized scooter sharing services have less red tape from local governments. State rules will be established to regulate them.

The governor’s signature in March repealed a ban on smokable medical marijuana.

In May, the governor signed legislation removing sales taxes back to school items. Clothes-- $60 or less, school supplies-- $15 or less. Computers costing $1,000 or less. The tax exemption lasts from Aug. 2 to Aug. 6.

Governor DeSantis has a number of bills on his desk waiting for a signature to make them law. These are a few of the pieces of legislation waiting in limbo.

The Miami needle exchange would be expanded. Commissioners in other counties across Florida could create their own. The measure would take effect July 1, with the governor’s approval.

Felons can regain voting rights in Florida, but are required to pay restitution, fine and fees before registering. Set to begin July 1.