'We needed to change this' 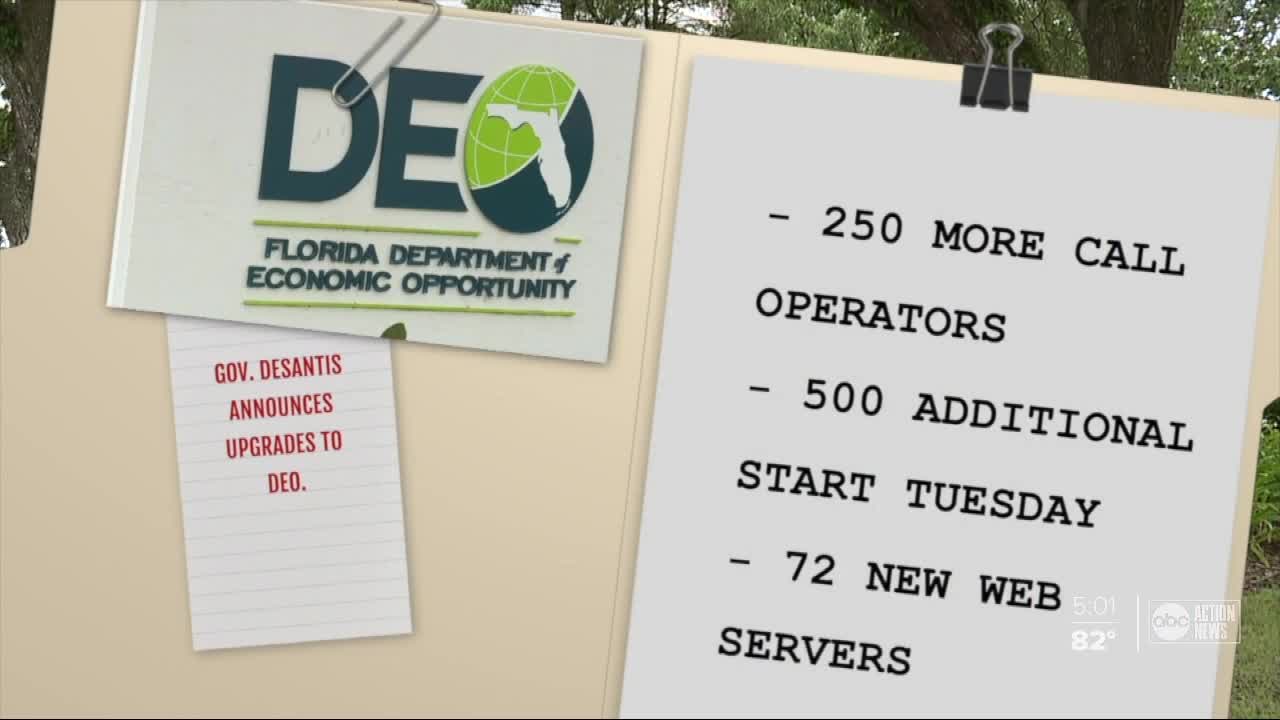 Florida is making improvements to its unemployment system after several issues during the coronavirus pandemic. 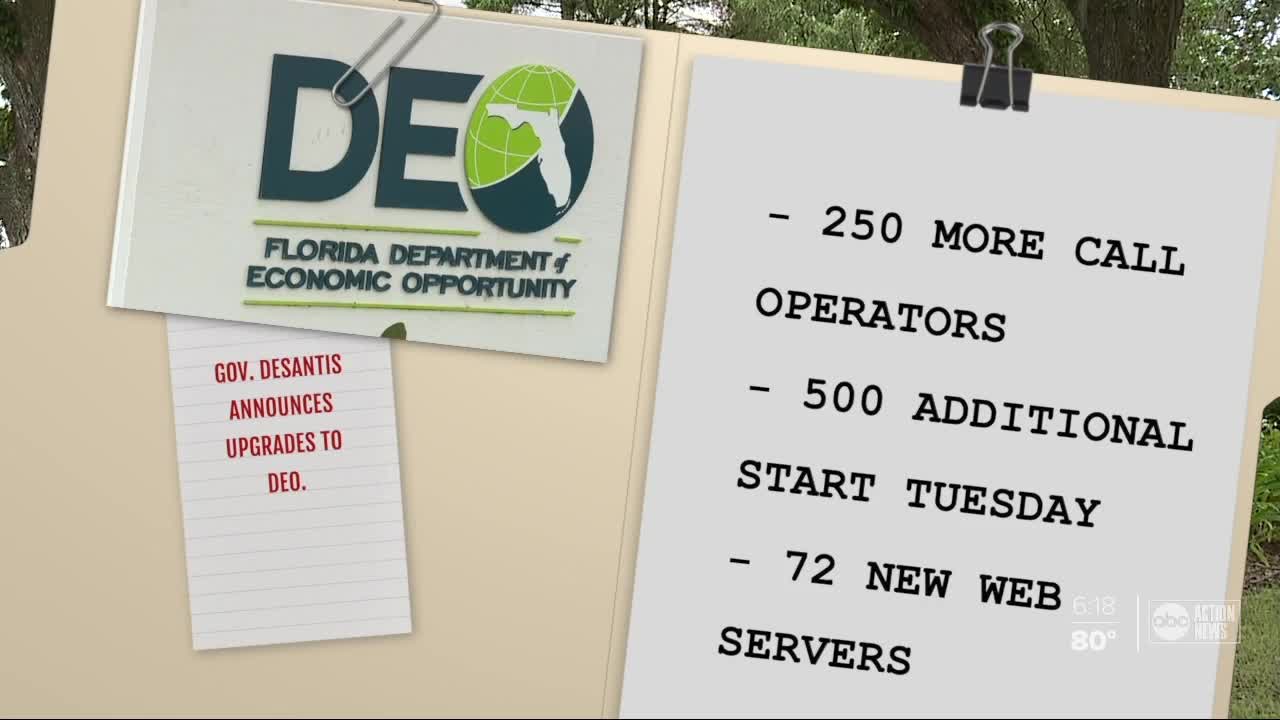 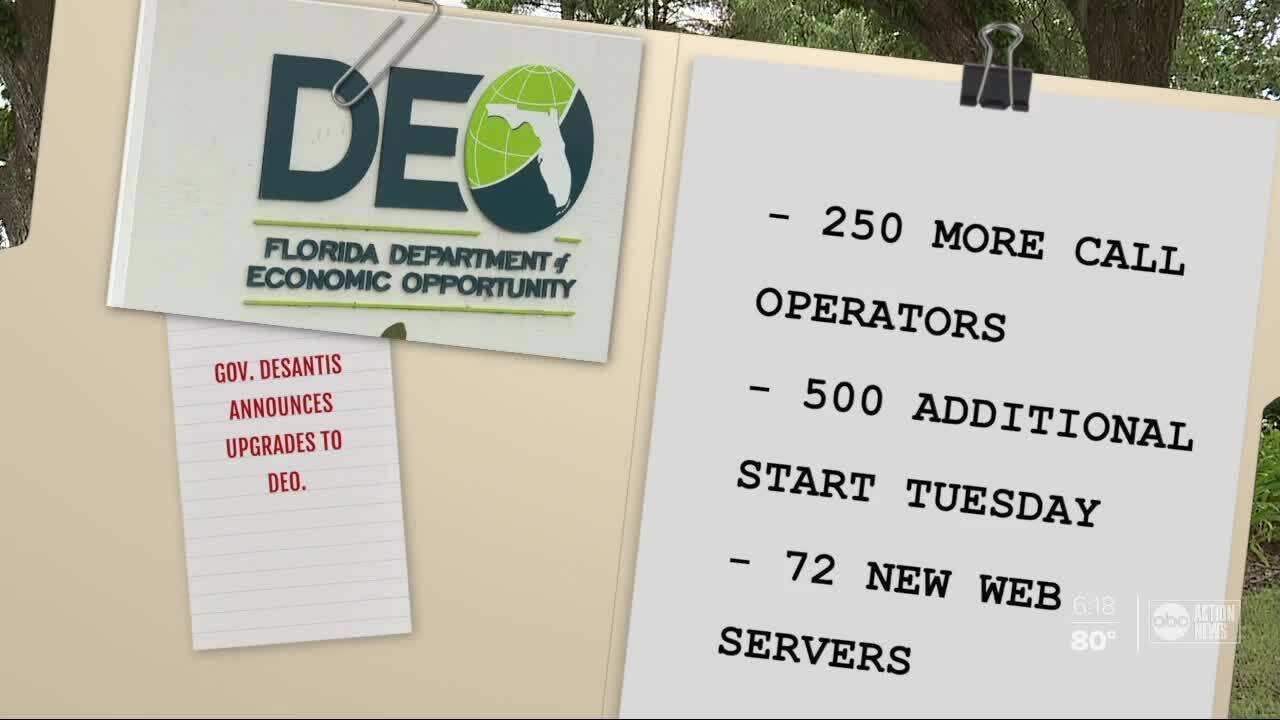 TALLAHASSEE, Fla. -- State leaders are hoping some major upgrades to Florida’s crippled unemployment claims system will stem a growing tide of frustration as users continue struggling to apply for benefits.

“We’re in a situation where people have lost their jobs and they’re having a lot of difficulty,” said Gov. Ron DeSantis during a roundtable discussion, Monday. “We needed to change this.”

DeSantis announced the Department of Economic Opportunity had 250 new operators starting that morning to help clear a massive call volume that totaled more than 3 million last week alone. Another 500 operators were expected to start Tuesday.

The governor also said the unemployment claims website had been boosted over the weekend to improve quality and speed. Officials added 72 new servers to double user capacity to 120,000 at one time.

“The system is better,” said DEO Director Ken Lawson. “We still have the team making sure as we see increased capacity that we’re able to handle that.”

Lawson is facing calls to resign in the wake of the issues. He’s deflected them saying he’s more focused on people than his career.

“I’m more concerned about people who have lost their jobs and putting money in their pocket than my job,” said Lawson. “My job, right now, do everything I can to make the system work. Anything else in the future, I don’t care about.”

Besides accessibility, Lawson now faces an additional hurdle— processing a backlog of claims. He’s had an estimated 562,000 come in since mid-March.

It could take weeks to get through them all. DEO hopes to clear 80,000 by the end of the week.

That waiting game coming at exactly the wrong time for many unemployed.

After hours of work to file her claim, Melissa Staskowski was worried and wondering about its status as the financial walls close in.

“I have no idea where I stand,” she said. “We’re in the first week of April. All of my bills are due. It’s really, really stressful.”