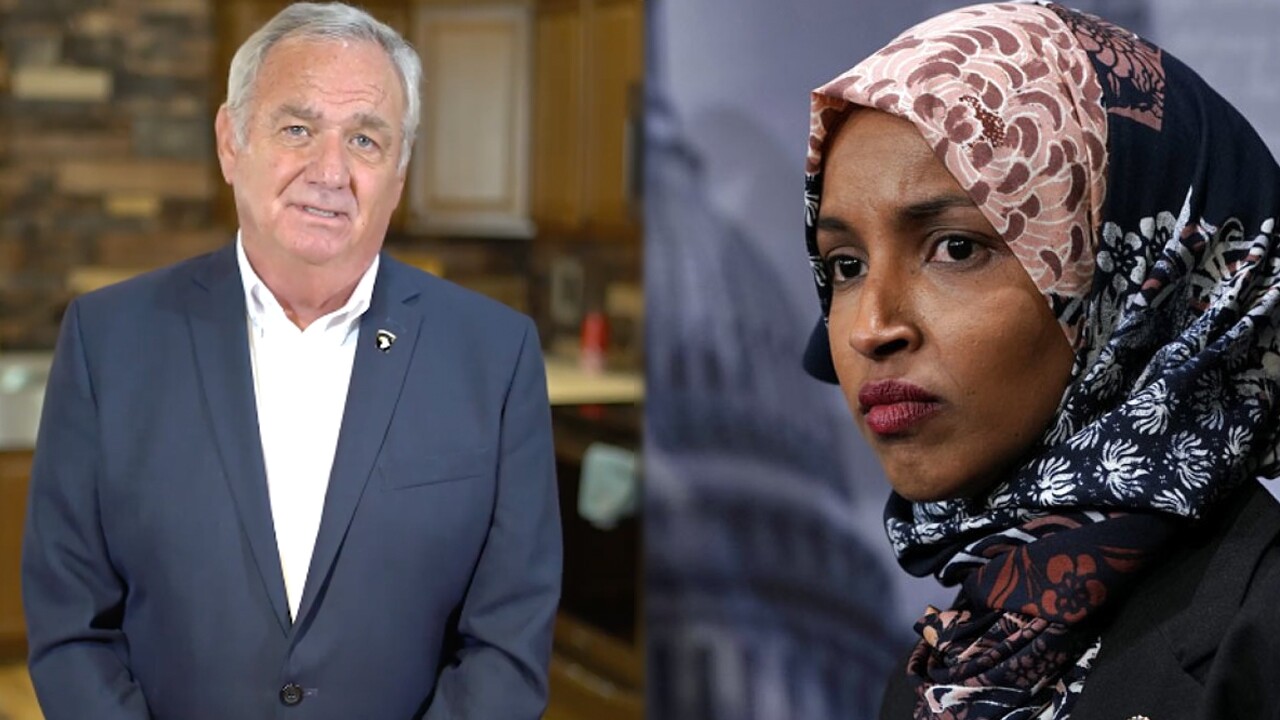 (CNN) -- A Florida Republican congressional hopeful who apparently called for Rep. Ilhan Omar and other Democrats to be hanged in a fundraising email has been removed from a GOP initiative that supports candidates.

George Buck Jr., who is challenging Democratic Rep. Charlie Crist in Florida's 13th Congressional District, threatens Omar and Reps. Ayanna Pressley of Massachusetts, Alexandria Ocasio-Cortez of New York and Rashida Tlaib of Michigan in an email obtained by CNN that was dated November 26 and includes his signature, though he has denied writing it. The email labels the four minority progressive lawmakers, who call themselves "The Squad," as "anti-American" and associates them with Crist.

"We should hang these traitors where they stand. I have no tolerance for those who are abusing our system to destroy our country," says the email, which also includes unsubstantiated allegations that Omar was a foreign agent. Buck has denied he wrote the email, saying, "I would never talk like that," the Tampa Bay Times reported . CNN has asked Buck to clarify his comment to the Tampa Bay Times.

Buck's campaign Facebook page on Wednesday posted three links to news stories about Omar, saying in one post , "How come no one is calling out Omar for her rhetoric?" Omar has drawn sharp criticism, including from some in her own party, for comments she's made about political support for Israel.

Asked for comment Wednesday, Buck said in an email to CNN: "I am a decorated veteran of the 101st Airborne Division. As someone who has taken the oath to defend the Constitution, I take that oath very seriously."

He went on in the email to outline the Constitution's reference to treason and Congress' power to enforce punishment, finally stating: "Anyone who commits treason against the United States should be tried to the full extent of the law."

CNN reached out to Omar's office for a response to the fundraising email and was directed to her Twitter page, where she retweeted comments from others, including Tlaib, condemning the message.

"The fact that those who make these violent threats very publicly without hesitation reaffirms just how much white supremacy has spread within the @NRCC," Tlaib said in a tweet on Wednesday . "They are raising money on a call to hang a Black Muslim member of Congress and too many are silent."

The fact that those who make these violent threats very publicly without hesitation reaffirms just how much white supremacy has spread within the @NRCC. They are raising money on a call to hang a Black Muslim member of Congress and too many are silent. @IlhanMN https://t.co/VR92QvWh2z

"(House Minority Leader Kevin) McCarthy made the decision to remove him and Chairman (Tom) Emmer agrees," he said in an email.

In a statement provided to CNN Wednesday, Crist said, "I'm alarmed and disappointed by the threatening language being used against me and my colleagues."

"It's not reflective of the kindness and decency of our district, state, or country. It's yet another reminder how important it is to restore civility to our politics," he said in the emailed statement, calling on lawmakers to adhere to a "Commitment to Civility."

Omar, one of the few Muslim members of Congress, has been repeatedly attacked by President Donald Trump and his supporters. Earlier this year, she said she experienced an increase in death threats after Trump tweeted about a speech in which she said Muslims were faced with greater risk in the United States after the September 11 attacks because "some people did something."

This is the second threat in a week from a Republican candidate to the Minnesota congresswoman. Twitter permanently suspended the social media account of Danielle Stella, a Republican challenging Omar, for a tweet in which she said the Democrat should be tried for treason and hanged.