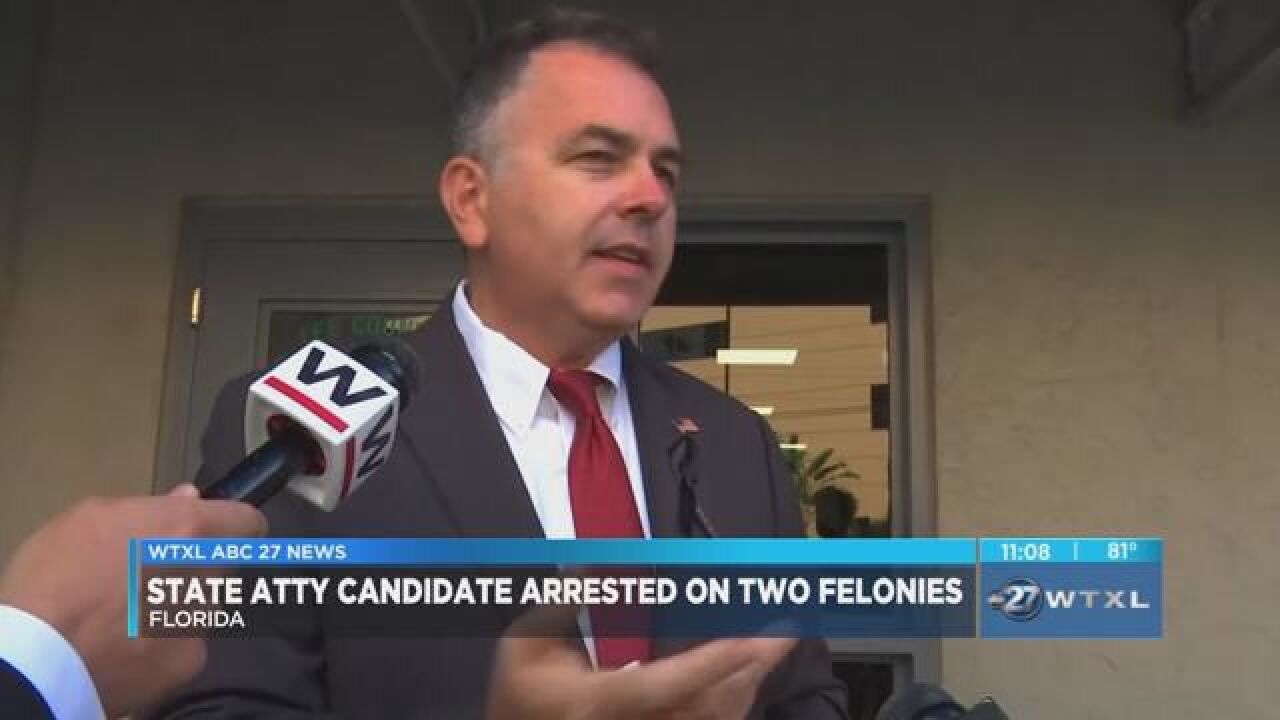 (WTXL) - One of the candidates for Florida's state attorney is facing felony charges.

Christopher Crowley has been charged with violating election laws and operating an illegal lottery.

Crowley said he's still running for state attorney just moments after turning himself in for holding an illegal raffle at a fundraiser event in June.

He is facing two felonies, including operating a lottery and violating election laws, but he claims his opponent Amira Fox is trying to derail his candidacy.

Court documents say Crowley received $670 from a gift basket raffle and read off the names of each winner.

Election officials say it's illegal for candidates to accept any funds raised in a game of chance.

Arrest reports say Crowley accepted the money, then waited six days before handing it back over to be donated.

"Its important to make sure you understand and follow the rules so that everybody knows where the money is coming from," he said.

But Crowley claims it's political corruption.

"They threatened me," he said. "They said get out of the race now or we'll indict you with a grand jury we said we wouldn't do that. I said fine. I'll pay a fine as long as you don't charge anyone else who was involved and the case will be dismissed."