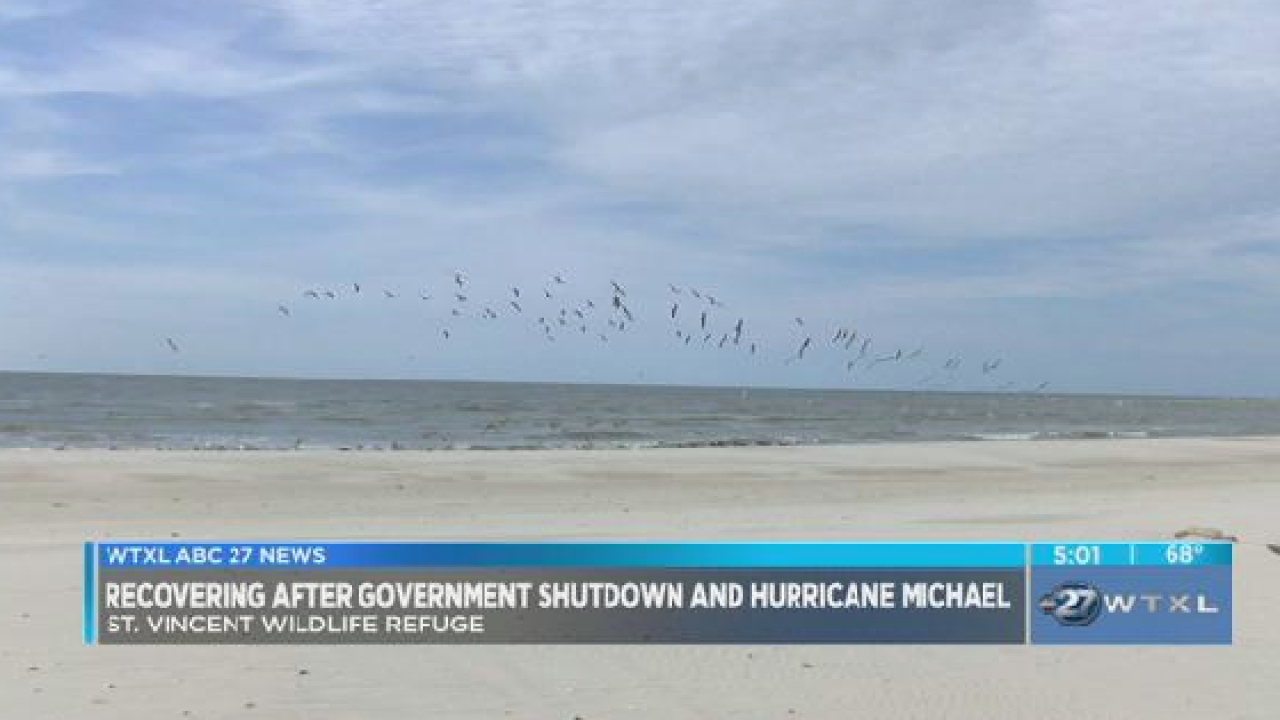 ST. VINCENT ISLAND (WTXL) - A second government shutdown has been avoided, but the five week shutdown earlier this year is having a lasting impact on a National Wildlife Refuge in our area.

Just off the coast of Gulf and Franklin Counties, St. Vincent Island is home to endangered species and a host of other wildlife.

But during the longest government shutdown ever, the island was left unattended for weeks.

"The staff was not able to be here. We lost 600 hours of their time working on the refugee managing wildlife," said Susan Cerulean, Incoming President of Friends of St. Vincent NWR.

One of the animals most affected by the shutdown was the endangered red wolf.

There are only about 200 red wolves in the U.S with four of them living on St. Vincent. Volunteer Nancy Stewart says staff members try to tag baby red wolves during January because when wolves get scared, their body temperatures rise.

In warmer months, that could be a real issue.

"It can and has caused death, so the staff always tries to do the trapping in the coolest part of the year, and if that trapping gets pushed out and the weather is warmer the probability of those type of events happening increase," said Stewart.

And the shutdown is only half the battle on St. Vincent Island. You can see the remnants of the 800-year-old dunes. They used to stand 30 feet high before Hurricane Michael almost flattened them.

"We lost hundreds of thousands of dollars worth of infrastructure," said Cerulean.

With the island partly destroyed by Michael, tours had to be canceled.

"There is no fencing, we are missing vehicles to go perform research. We don't have signage up to protect the critical nesting birds areas," said Cerulean. "We don't have a toilet for visitors anymore."

But there is hope as tours began again on Valentine's Day and the red wolf trapping is underway. Signs the island is making strides towards normalcy.

There are over 10 endangered species on the island.