Sheriff: Toddler's dog stayed with him the entire time he was missing 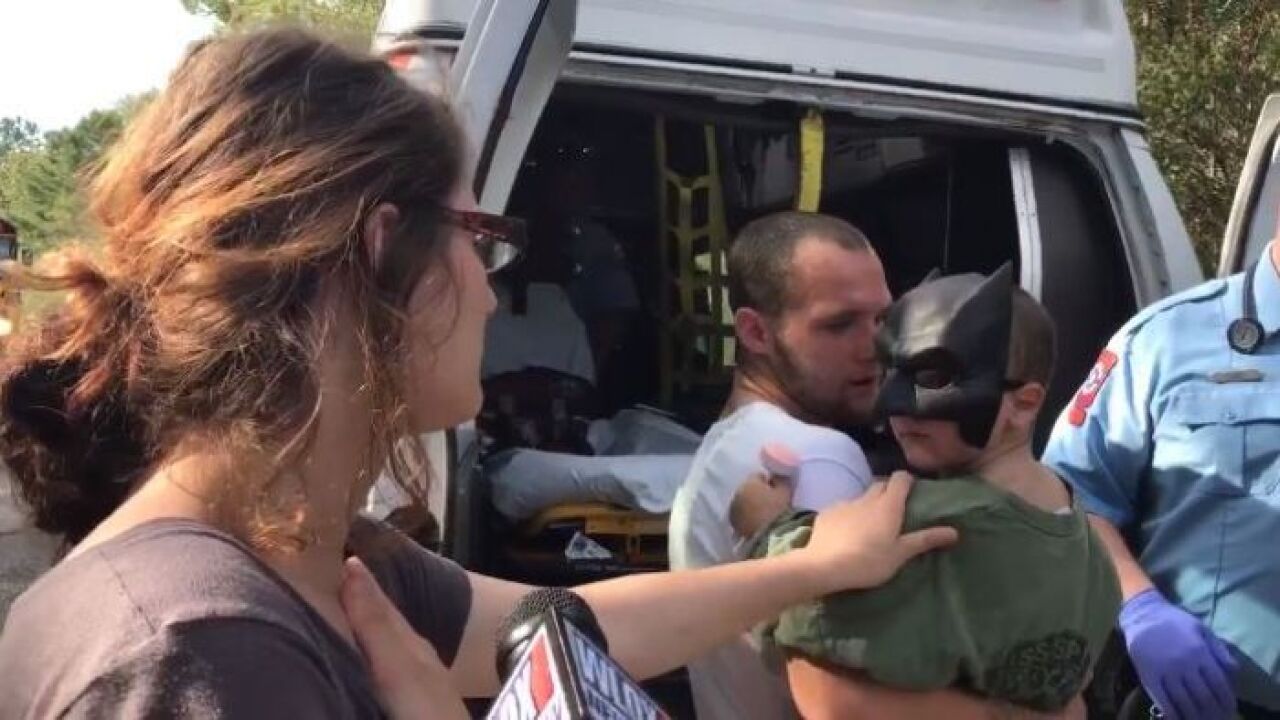 HARRISON COUNTY, MS (WLOX) - Two-year-old William Odom has been found after a search that lasted several hours Tuesday. The Saucier boy was found asleep in a truck by another child, just a quarter of a mile away from his home. Harrison County Sheriff Troy Peterson said Odom's pet dog stayed by his side the entire time he was missing.

“Every time we found his footprint, we found the dog footprint right beside him. So the dog traveled with him all day," Peterson said. "When the little boy was found the dog was still circling the truck and scratching on the truck."

Peterson said at this time he doesn't suspect foul play.

"We believe he just did this on his own," he said.

Odom was found by another child who was just getting off a school bus. That child heard the truck's horn beeping and when he walked over he saw Odom and told his uncle.

"His uncle came over and forced the window down. And took the kid out and brought him to us," said Peterson.

Peterson said the white Nissan Frontier truck he was in was the perfect size for the little boy to climb in to.

"He was inside the truck apparently sleeping. His back, when we got him, he had a bunch of stripes on his back that matched up to the seams in the truck. So we’re thinking he was just in the truck sleeping," Peterson explained.

The sheriff's department has spoken to the owner of the truck. Peterson said the truck was on the owner's property and was told the truck isn't working.

“It’s an amazing story. We’re very thankful that he is in good health. And we brought him home to his family," Peterson said.

Harrison County Sheriff’s deputies spent hours searching for William after he was reported missing around 10 a.m. Tuesday from his home on Pete Hickman Rd. William was found around 3:30 p.m.

Peterson said William was last seen wearing only a diaper before he went missing. We're told William is being tested for Autism and is mostly nonverbal. Peterson said he was not responding to searchers calling his name.

A sheriff's department helicopter, K9 units, and ATVs from the Mississippi Department of Wildlife Fisheries and Parks joined in the search.