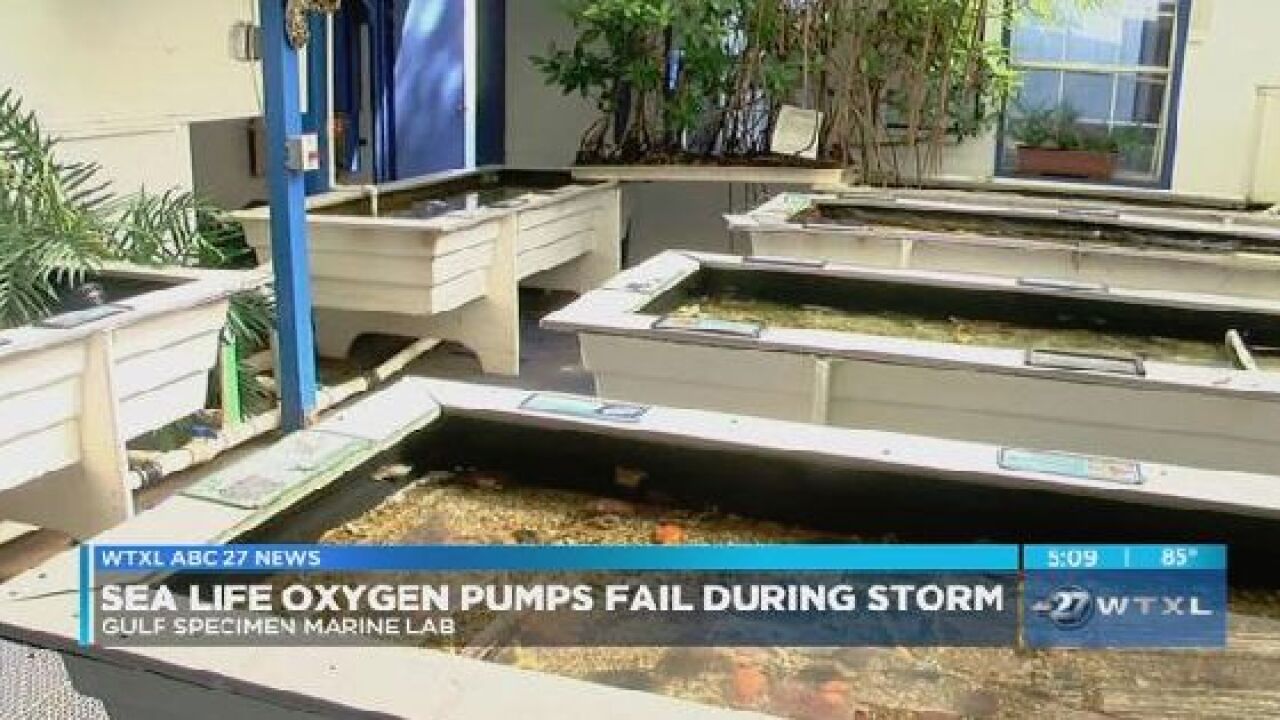 PANACEA, Fla. (WTXL) - Our neighbors to the south living in coastal Wakulla County are just starting the clean-up process after Hurricane Michael barreled through town.

Employees at the Gulf Specimen Marine Lab told us at least four feet of storm surge rushed in during Hurricane Michael, knocking out the power and oxygen for hundreds of species who live inside.

One employee drove from Tallahassee during the storm to save them.

"And I've been running around, frantically trying to put oxygen on my big cobia and all these bigger fish and my sharks and stuff like that and trying to get life support back up for these guys," said Rudloe. "I'm very lucky and I'm just glad that I'm still here."

Rudloe said the Flint River Aquarium evacuated two of their sharks. If those animals had been in Panacea, Rudloe wouldn't have been able to save them all.

He goes on to say, even though generators were in place, there was a technical problem when the power went out, causing the oxygen pumps to fail.

With tired eyes from days without sleep, Rudloe says it's a miracle he saved all the sea life, still has an aquarium, and a home here in Panacea.