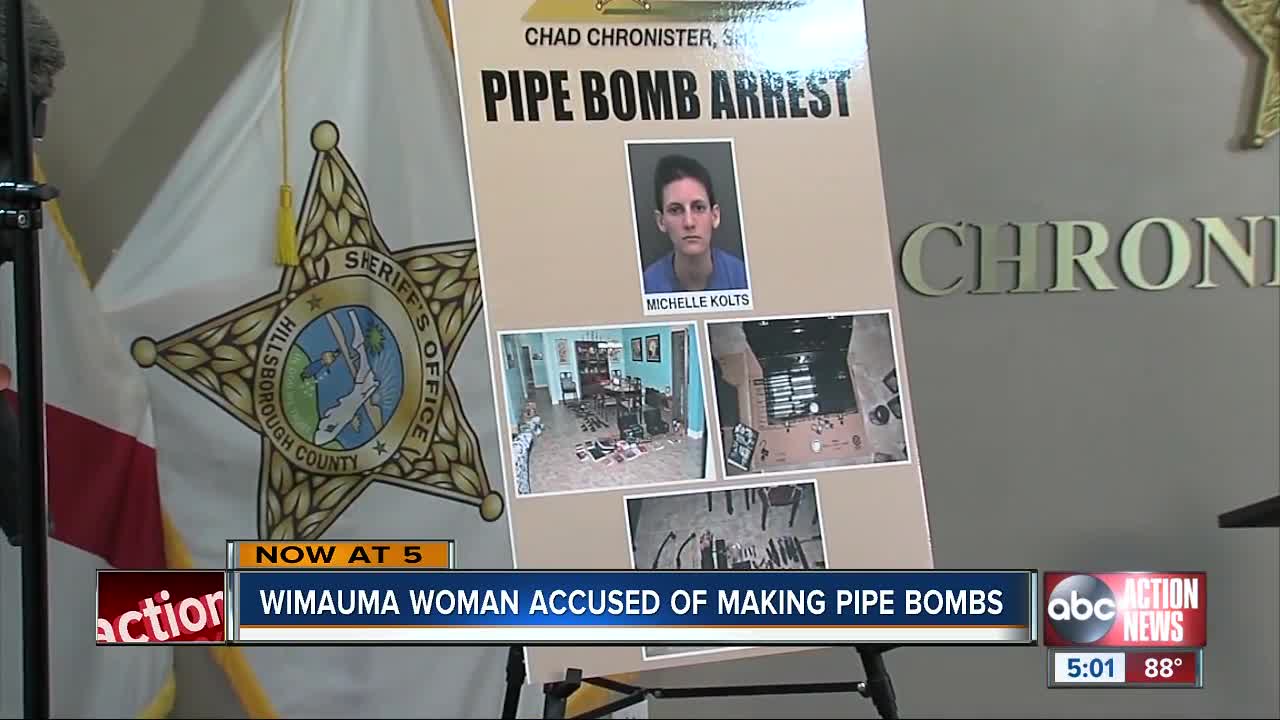 A woman in Wimauma is accused of making two dozens pipe bombs that could have caused "catastrophic" damage, according to the Hillsborough County Sheriff's Office. 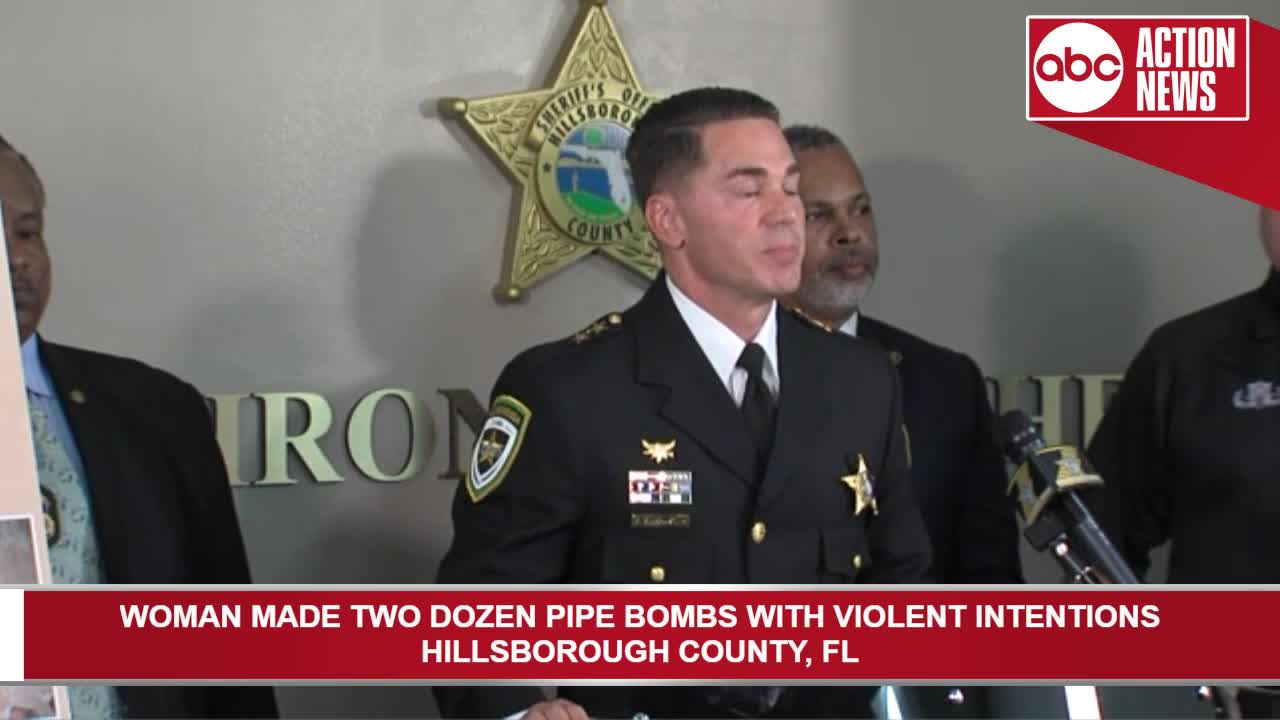 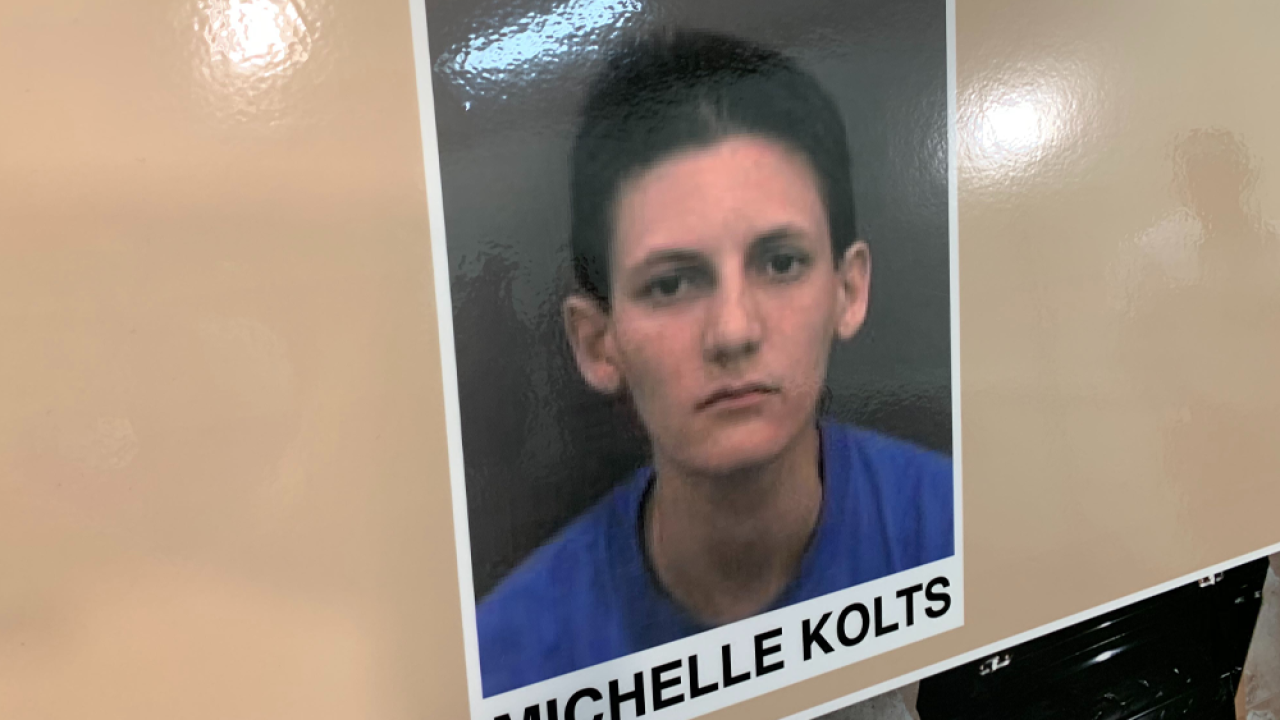 HILLSBOROUGH COUNTY, Fla. — A woman in Wimauma is accused of making two dozens pipe bombs that could have caused "catastrophic" damage if they were used, according to the Hillsborough County Sheriff's Office.

Deputies arrested 27-year-old Michelle Kolts on Thursday after her parents called 911 upon finding the bombs in her room. Sheriff Chad Chronister said in a press conference Kolts' parents also found other bomb making materials and several weapons in the room.

"Her parents did exactly what we ask people to do," Chronister said. "If you see something suspicious, please say something."

Chronister said the amount of harmful materials found in the home was "astonishing" and said the bombs could have harmed hundreds or even thousands of people had they been used.

“It’s extremely frightening that again, makes you want to know why," said Michelle Verga. She works in the neighborhood.

“No one expects it to be on their street. You see the news and you see it happen somewhere else— but to have it happen on your street is definitely shocking," said neighbor Etienne Birriel.

"What is even more frightening is that each pipe bomb contained nails, metallic pellets or a combination of both," Chronister said. "(It) would have taken less than 60 seconds per device to add the powder and fuse material she already possessed to detonate each bomb."

According to Chronister, the only other time deputies responded to the home was a year ago after an online printing company called them. The company was suspicious after Kolts ordered several manifests and bomb making instructions.

Chronsiter said Kolts was consumed with the Columbine and Oklahoma killings. Deputies responded and Kolts told them she didn't intend to harm anyone.

"Her parents said she was a little bit on the autism spectrum and we felt comfortable that she wasn't a harm to herself or others at that time," Chronister said. "Fast forward a year later, again, thank god these parents called us."

Kolts is charged with 24 counts of making a destructive device with intent to harm. Chronister said she admitted to making the bombs with a plan to use them to hurt people.

The sheriff's office says the investigation is active, with ATF also involved. They have not released any information on where Kolts might have been planning to use the bombs.

Chronister said this case highlights the importance of speaking up when you see something that isn't right.

"Who knows the amount of harm that could have been done, or how many lives could have been lost had these parents not found the courage to call the the sheriff's office and seek help," Chronister said. "We can't say it enough — if you see something, say something."

As of Tuesday, October 8, Kolts is still being held without bond.