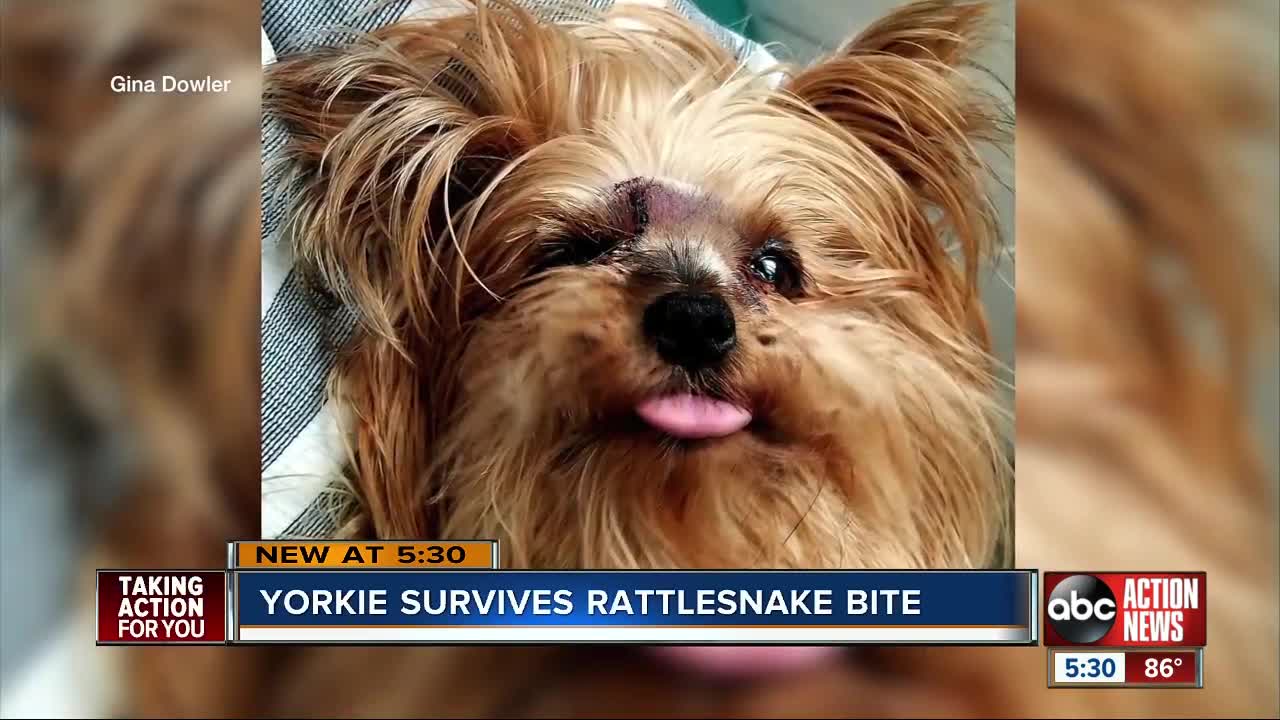 Tiny dog survives a venomous bite from a rattlesnake that was drawn to the front yard by a bird feeder. 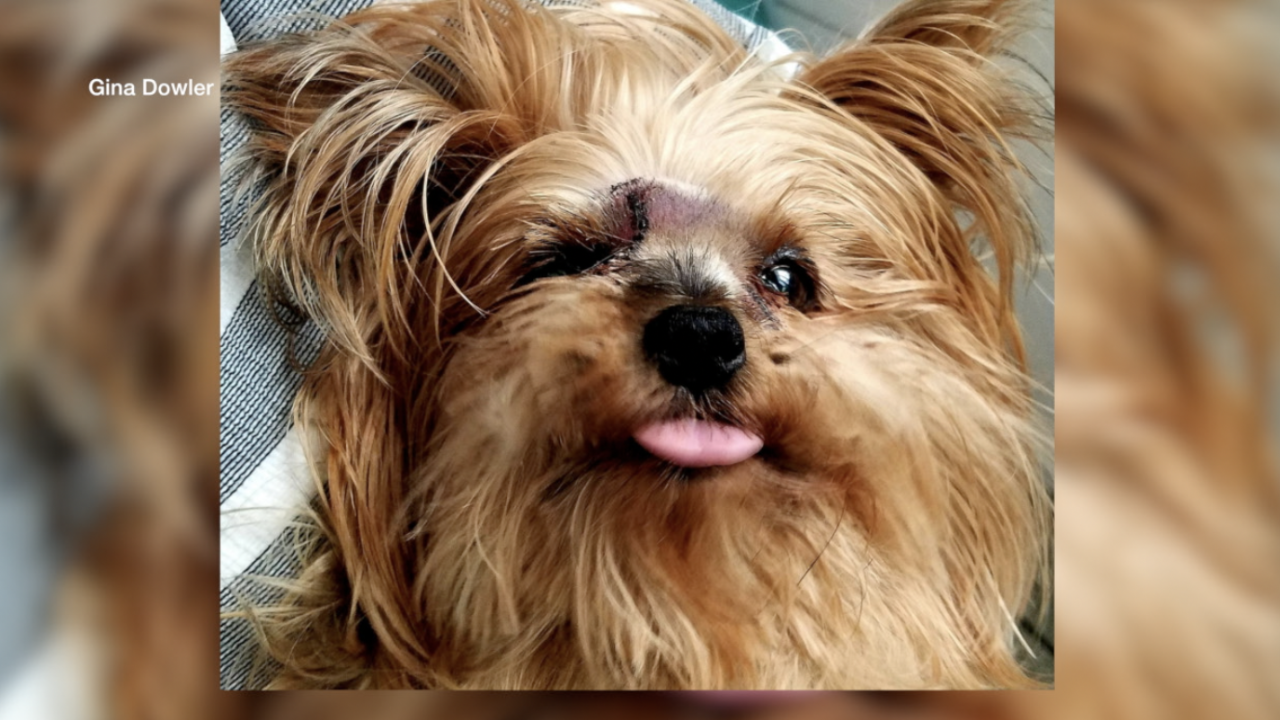 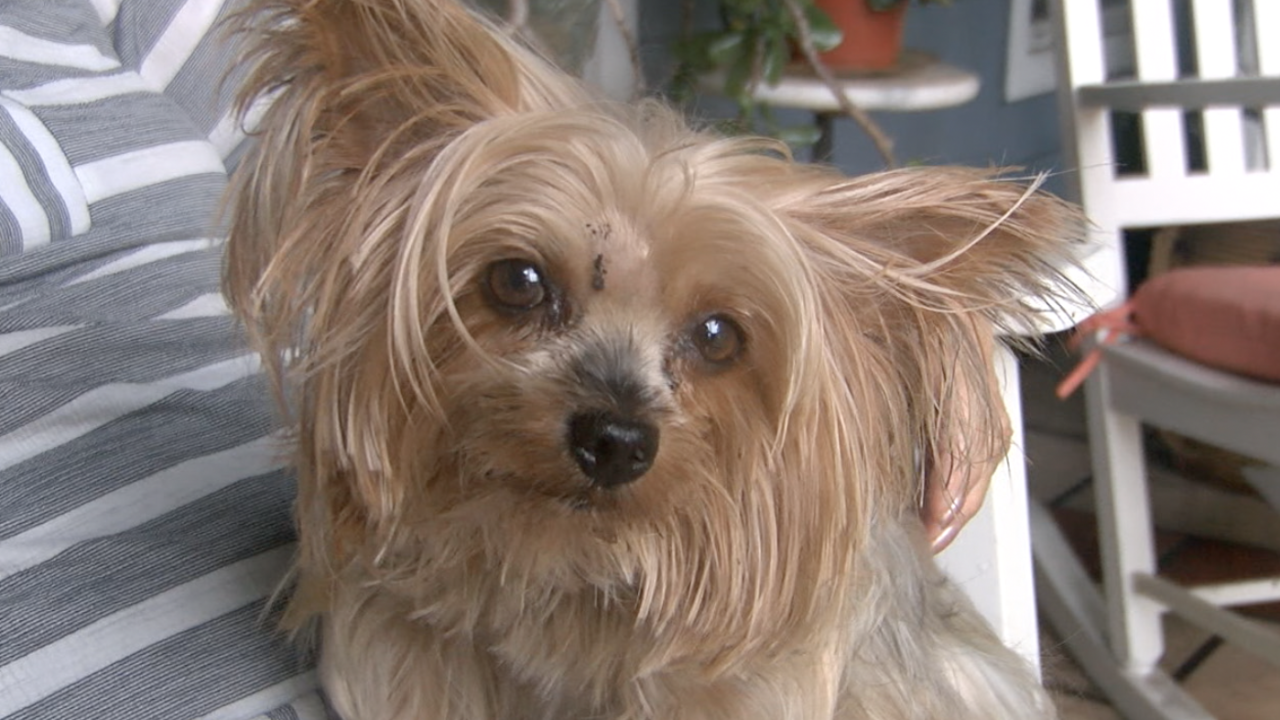 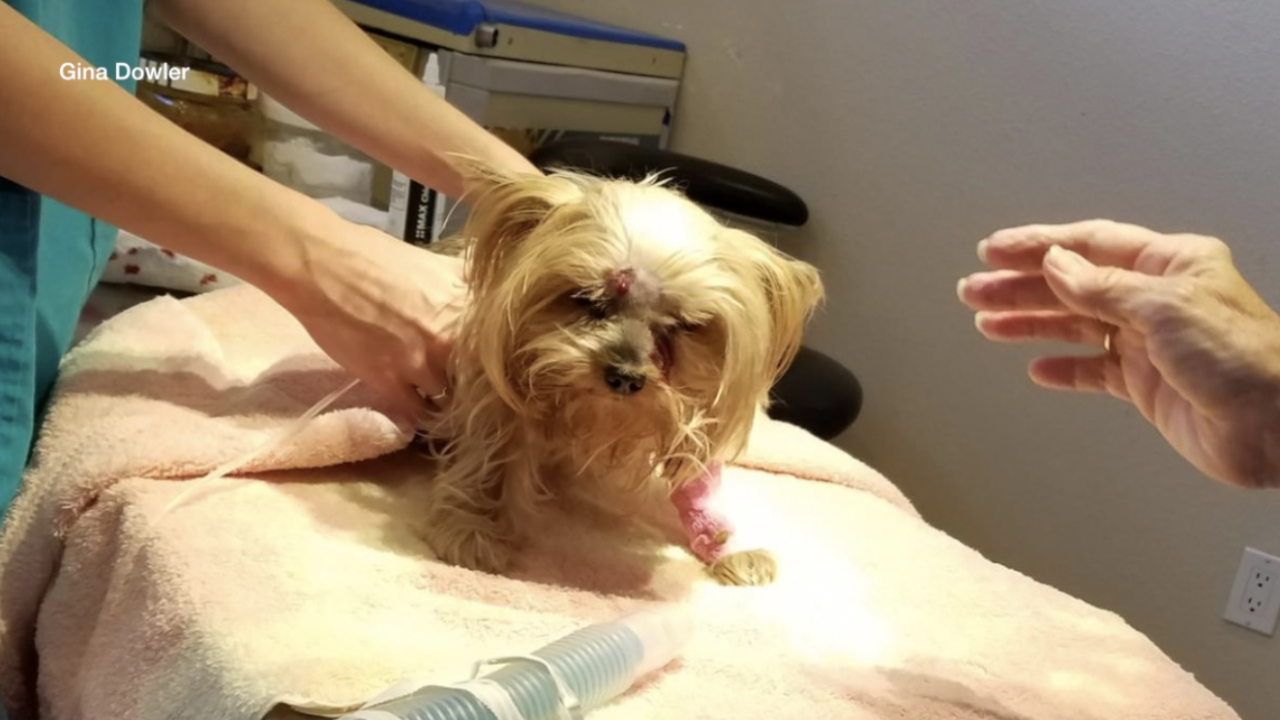 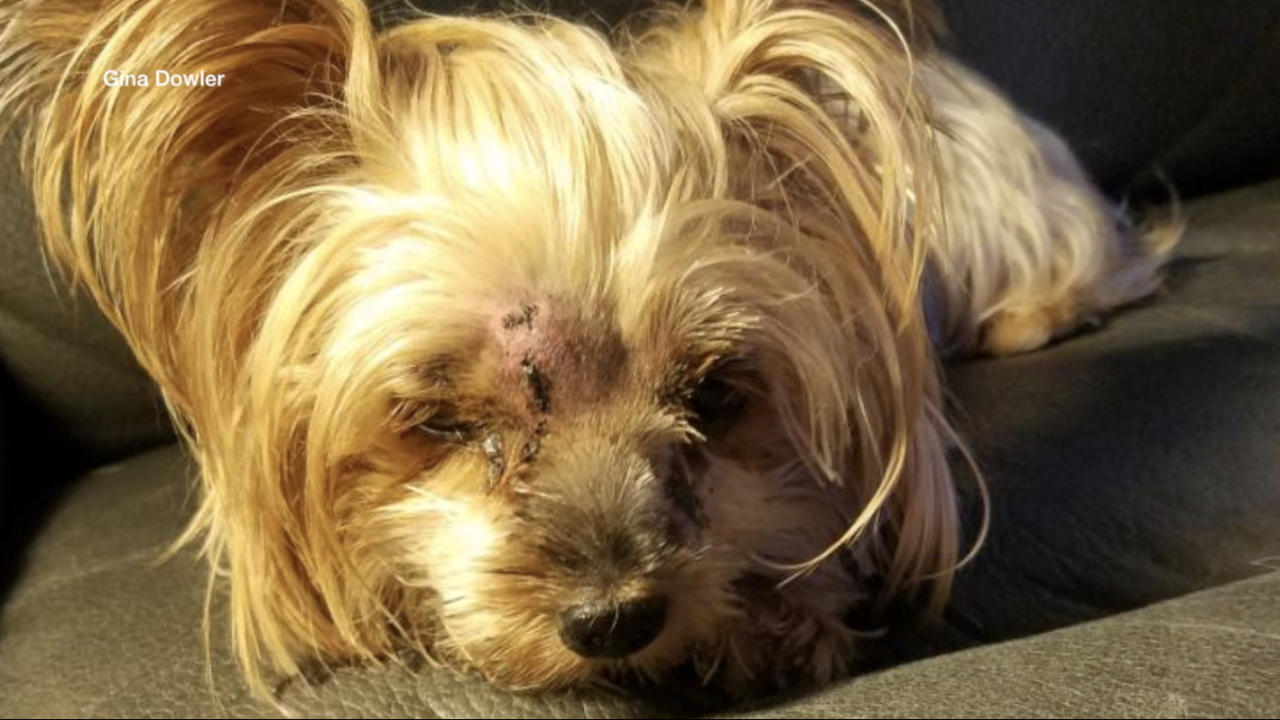 BROOKSVILLE, Fla. -- Bobbie Boydston says she let her 7-pound Yorkshire Terrier named Suri into the front yard one morning when the dog let out a scream.

"She was going after something and I looked and it was a snake," said Boydston.

Not just any snake. They say it was a huge 6-foot eastern diamondback rattlesnake.

"It bit her in the corner of the eye and upon the forehead," said Boydston.

Jon Dowler rushed home after he got a call from his mother-in-law when he saw the snake.

"It's tail went up and rattled, and I was like OK, grandma wasn't kidding. This is a bad situation," said Dowler.

Little Suri had collapsed and Boydston thought the worst.

"She's too little to be bitten by a rattlesnake. I mean big dogs die from being bitten by rattlesnakes," said Boydston.

They rushed Suri to a nearby animal hospital that thankfully had anti-venom.

And though no one thought little Suri would make it, now they call her their little miracle dog.

"I’m just proud that she lived through it," said Boydston.

They weren’t able to find the snake again but snake experts say the bird feeder in their yard is what attracted the snake because it preys on the mice and squirrels that eat the seeds that fall to the ground.

"It’s very, very scary. We love the birds but the trapper said if you’re going to have a bird feeder, keep it very far from your house," said Gina Dowler, Boydston's daughter.

But they decided to get rid of the bird feeder because they’re not taking any more chances.

Chris Wirt, a professional licensed wildlife trapper with AAAC Wildlife Removal of Tampa Bay says bird feeders are one of the number one attractors of snakes, mice and raccoons.

Wirt says to never go after a rattlesnake by yourself because they can still bite up to 6 hours after their heads are cut off. He says to call a licensed professional.