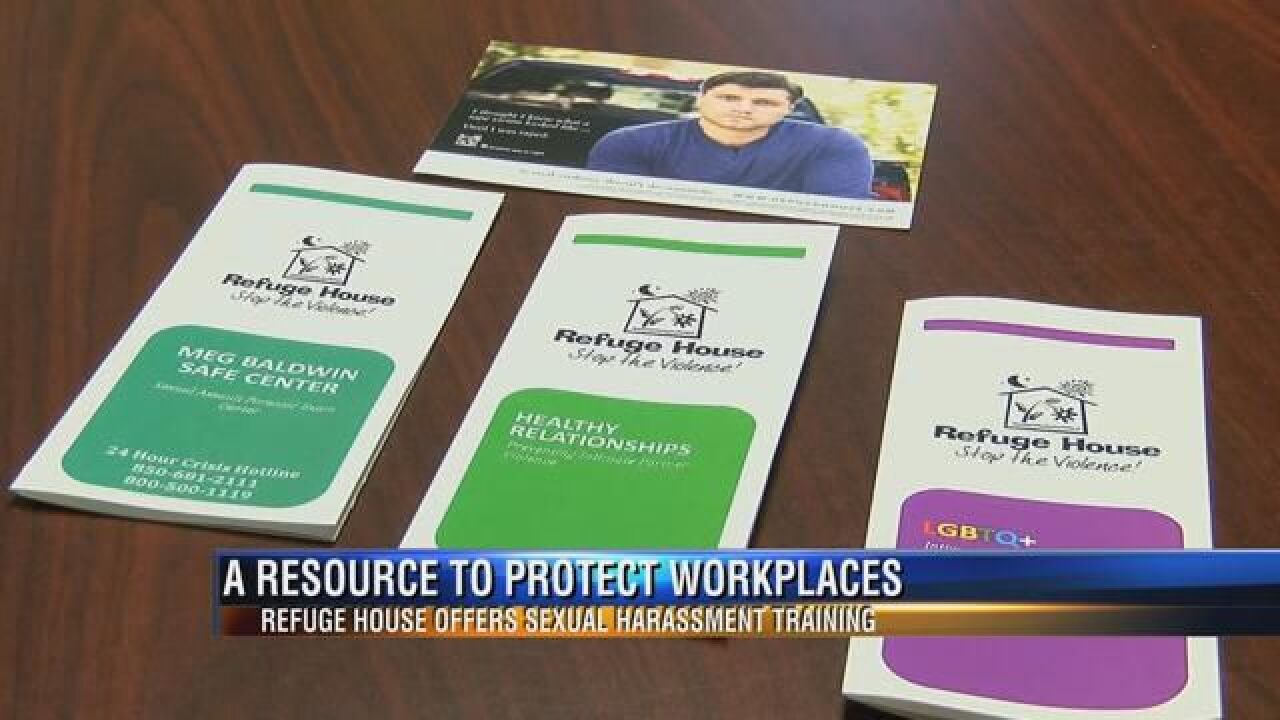 TALLAHASSEE, Fla. (WTXL) - Here in the Big Bend, a local organization is encouraging groups to learn more about protecting employees from sexual harassment and violence.

It started with a social media hashtag that brought national attention to the issues of sexual abuse and harassment, but it's evolved into a growing concern to educate local workplaces. That's where refuge house comes in.

The organization says small businesses and government groups in rural counties have been requesting more training lately. Refuge House says the demand is similar to when Comedian Bill Cosby was first accused of sexual assault.

Assistant director Emily Mitchem says the growing number of reports of sexual violence isn't surprising. It's just that people didn't speak up as much before.

"Now, people are united in not wanting that kind of culture in their workplace -- and they don't want their sons, their daughters, their mothers, their sisters, their brothers to be exposed to that kind of degradation," said Mitchem. "So, we're very encouraged by this moment and hope it maintains its momentum."

Refuge House recommends a zero tolerance policy for sexual harassment in the workplace. The organization provides training to any group looking for help with that. Sessions usually last one to two hours, depending on what the group wants to get out of it.

To get in touch with Refuge House to set up a training session, click here.