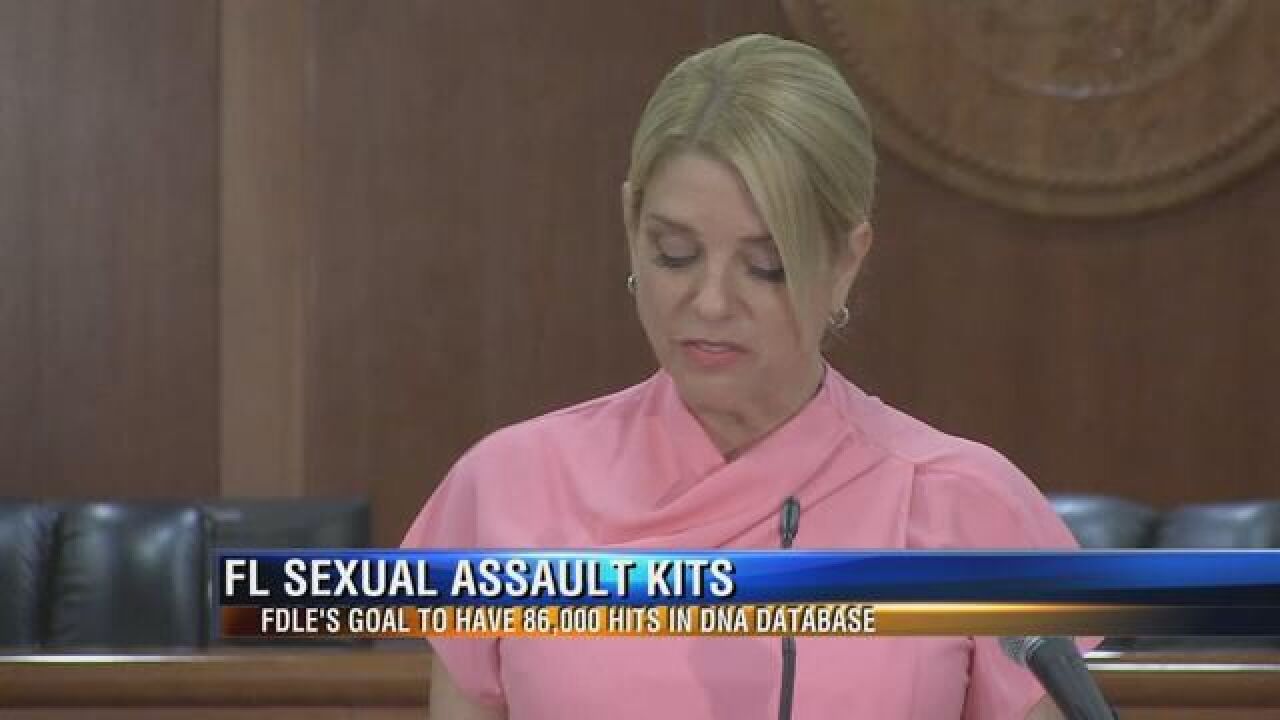 TALLAHASSEE, Fla. (WTXL) - A progress report recently released says more than 2,300 previously unprocessed sexual assault kits have been tested over the past year and a half by the Florida Department of Law Enforcement, resulting in hundreds of hits in a national DNA database.

Processing untested rape kits has become a priority since the 2016 legislative session, when $2.3 million was approved by lawmakers to pay for the tests and additional staffing to eliminate the backlog.

According to Attorney General Pam Bondi, most of the untested kits were from cases where a victim did not cooperate or the evidence was not needed to see a case to its conclusion.

Bondi feels more old crimes will be solved and new ones will be prevented as the testing continues.

Under the 2016 law, all new sexual assault kits must be processed within 120 days. Prior to the law, there was no requirement for rape kits to ever be tested.