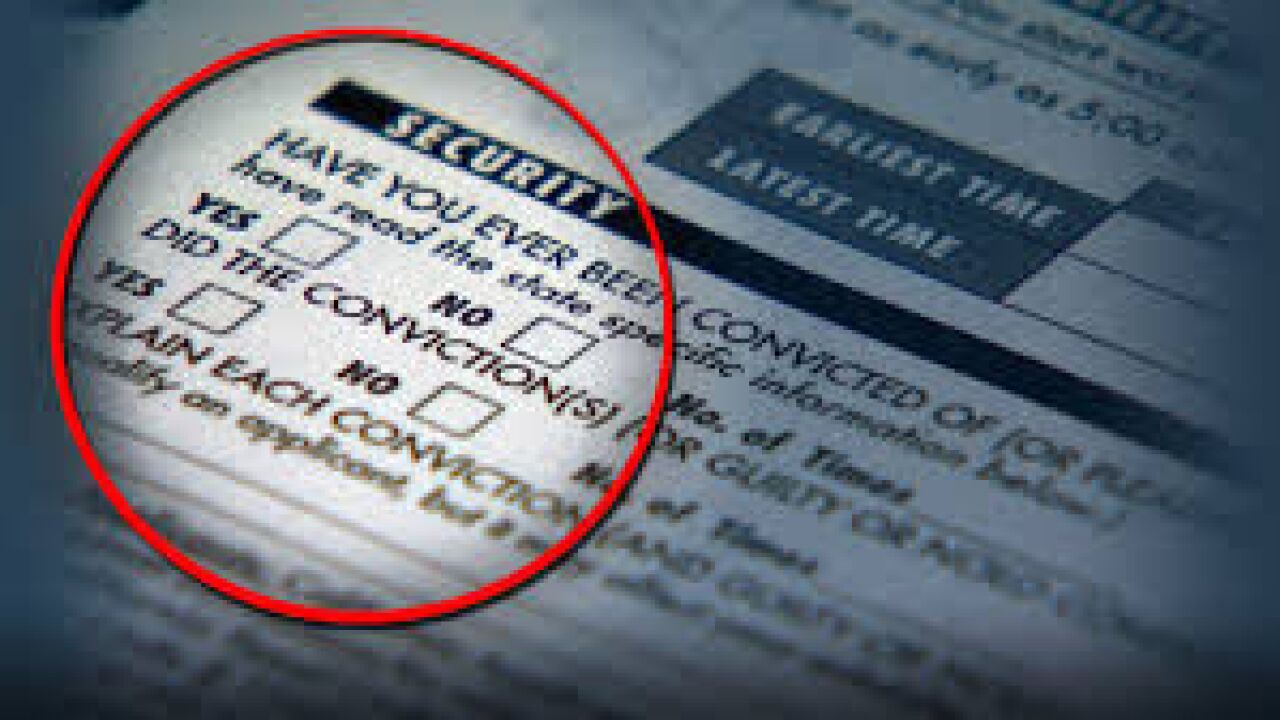 TALLAHASSEE, Fla. (WTXL) - Legislation filed at the state capitol would prevent employers from inquiring about job applicants' criminal conviction histories on initial job applications, an issue known as seeking to "ban the box."

Bill proponents say the stigma of a felony conviction prevents many people from ever getting a first interview for a job.

Additionally, supporters say the best way to ensure former felons succeed during their second chance with freedom is to make sure the person has meaningful work.

During a news conference at the state capitol, he said employers have a right to know about their employees' past, but they should ask them about it face to face, rather than as a check mark on a job application.

"All we are asking is that you remove it from the application process. Call that individual in for a fair interview process, and then you have the opportunity to ask that question," said Jones. "At leave give them a shot."

To date, the legislation has not been heard by any house committee in advance of the 2017 legislative session, which begins in just under two weeks, on March 7th.