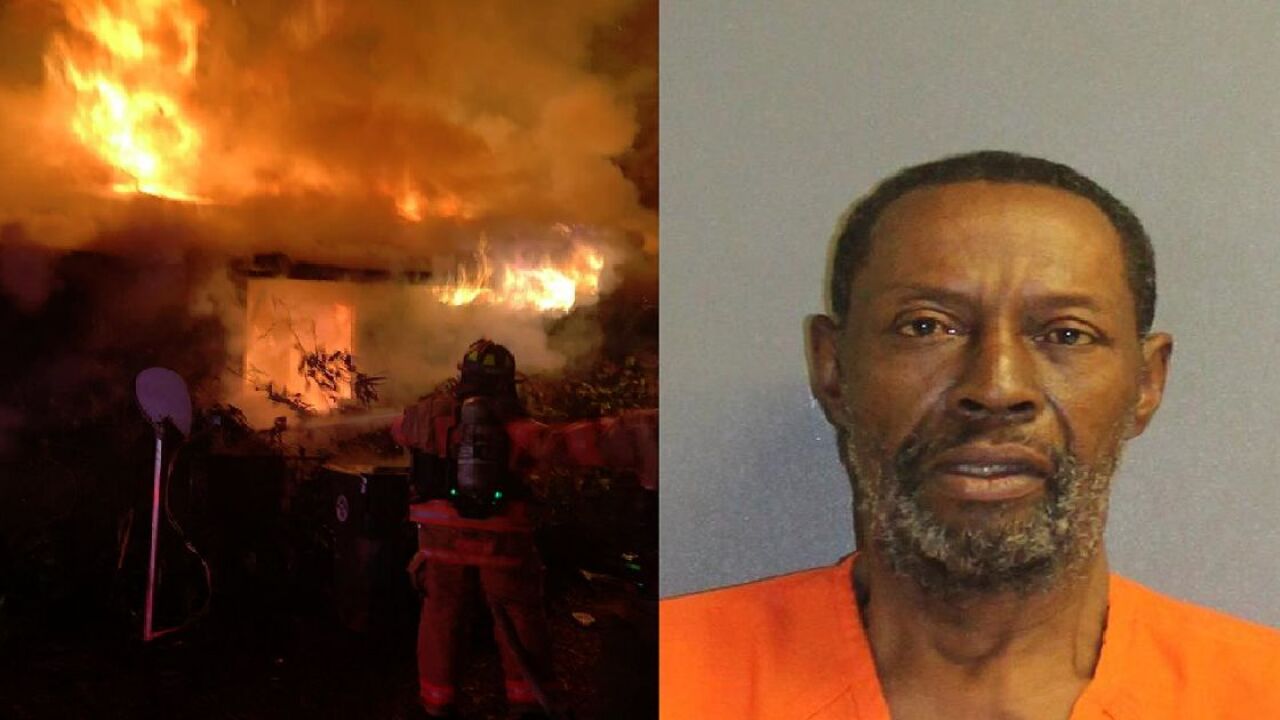 VOLUSIA COUNTY, Fla. (WTXL) - A Florida man has been charged with arson after police say he screamed about vampires before intentionally setting his own house on fire while a woman was inside.

Melvin Weaver, 64, was arrested by the Daytona Beach Police Department.

On Sunday at about 7:42 p.m., officers were called to a home in reference to a fire.

Dispatched informed officers that Weaver had a large knife and was knocking on doors saying his house was on fire and the victim was inside.

As officers were arriving to the scene, Weaver approached a patrol car with the large knife. Officers were able to take the knife away from Weaver and place him into handcuffs.

Officers then made contact with the victim, who told officers that she has been with Weaver for 20 years and married 8 years.

The victim said earlier that day Weaver had been rambling and began to get worse so she called 911 to Baker Act him.

She stated when officers arrived on scene, Weaver was in a sound mind and could not be Baker Acted. She said Weaver acted as if he was okay, even though he did try to let his dog out on the responders.

Then the victim said later the same day, Weaver ran out into the street screaming. Not long after, she could hear him screaming, "The vampires are going to defend themselves."

When she went to check on him, he grabbed a wooden cane and swung it at her, hitting her in the forearm.

The victim told officers that Weaver started to break windows in the house, so she went to her room to pack clothes to leave for the night.

When the victim came out of the room, she yelled at Weaver, "You're crazy." According to the police report, when Weaver heard her, he began to tear the insulation from the ceiling.

The victim said he then placed the insulation from the ceiling on the stove and cut the stove on. The victim stated the kitchen immediately caught on fire and Weaver grabbed a large knife and ran out of the front door, down the street.

WPLG reports the home was completely destroyed in the fire.

Weaver is being charged felony aggravated battery with a deadly weapon and felony arson of an occupied structure.

He was taken to the Volusia County Branch Jail.