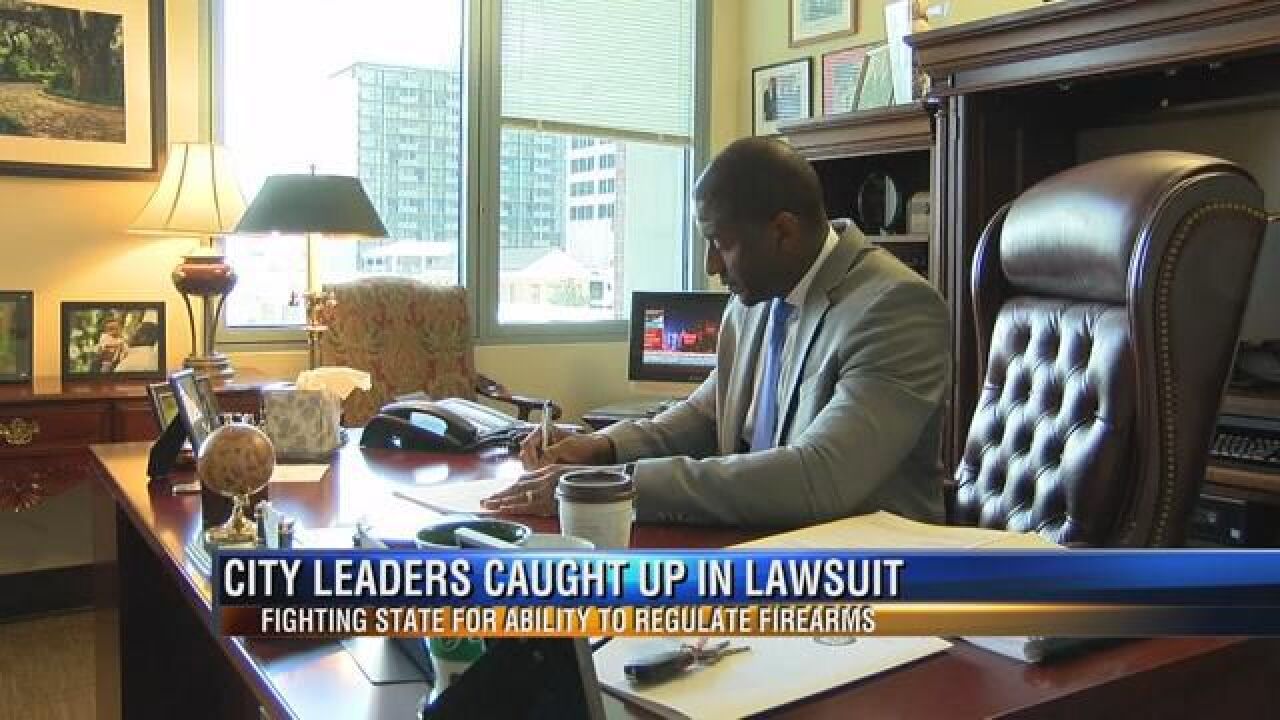 TALLAHASSEE, FL (WTXL) - As the rest of the nation debates gun control in the wake of the Orlando massacre, the City of Tallahassee is caught up in a debate of its own.

In 2014, City Commissioners including now Mayor Andrew Gillum, refused remove an ordinance that bans people from firing a gun in public parks within city limits.

That lawsuit resulted in a judge finding no wrong on the Mayor and City Commissioner's part, however this decision is being appealed by opponents. Since then, city officials filed a cross-claim saying the statute that attempted to prevent them from keeping guns from firing in city parks was unconstitutional.

Mayor Gillum says the measure was symbolic of the city's belief that it should be able to regulate how and where firearms are used in the Tallahassee community.

The National Rifle Association joined the city's opponents last week, saying commissioners are acting out of their jurisdiction. The city believes though that the state overstepped limits set forth in the constitution.

"We're fighting for our local rights, to create ordinances and laws related to guns that protect the public safety, gets these weapons out of the hands of criminals, and people who intend to do us harm," said Gillum. "And we think that we at the local level know best how to do that, and we're asking the state to back on and let us do what we've been elected to do."

The Florida League of Cities, six Florida Mayors, and a handful of other organizations are backing Gillum and City Commissioners.

And more than the state of firearms in Tallahassee parks is at stake; this suit could set a precedent that will affect how communities state-wide make future ordinances of their own. The city leaders named in the suit could also potentially be removed from office pending the outcome of the lawsuit.

WTXL has reached out to the NRA for a comment on their involvement.