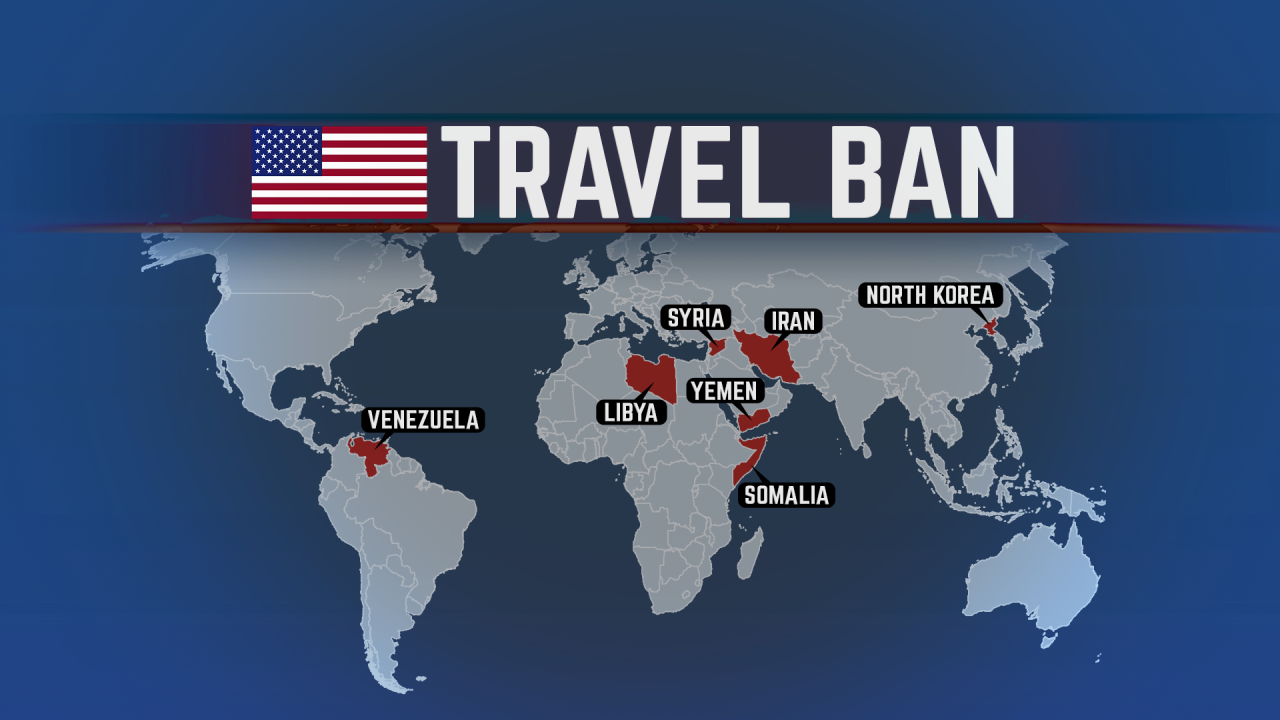 The White House is considering dramatically expanding its much-litigated travel ban to additional countries amid a renewed election-year focus on immigration by President Donald Trump, according to six people familiar with the deliberations.

A document outlining the plans – timed to coincide with the third anniversary of Trump’s January 2017 executive order – has been circulating the White House. But the countries that would be affected are blacked out, according to two of the people, who spoke to The Associated Press on condition of anonymity because the measure has yet to be finalized.

It’s unclear exactly how many countries would be included in the expansion, but two of the people said that seven countries – a majority of them Muslim – would be added to the list. The most recent iteration of the ban includes restrictions on five majority-Muslim nations: Iran, Libya, Somalia, Syria and Yemen, as well as Venezuela and North Korea.

A different person said the expansion could focus on several countries that were included when Trump announced the first iteration of the ban but later removed amid rounds of contentious litigation. Iraq, Sudan and Chad, for instance, had originally been affected by the order, which the Supreme Court upheld in a 5-4 vote after the administration released a watered-down version intended to withstand legal scrutiny.

Trump later criticized his Justice Department for the changes.

The White House did not immediately respond to questions about the effort, which several of the people said was timed for release in conjunction with the third-anniversary of Trump’s first travel ban. That order sparked an uproar when it was announced on Jan. 27, 2017, with massive protests across the nation and chaos at airports where passengers were detained.

The latest deliberations come as House Speaker Nancy Pelosi prepares to transmit to the Senate the articles of impeachment the Democratic-led House passed against Trump late last year, launching a formal impeachment trial just as the 2020 election year gets underway. Trump in December became just the third president in history to be impeached by the House. The Republican-controlled Senate is not expected to remove him from office.

Trump ran his 2016 campaign promising to crack down on illegal immigration and spent much of his first term fighting lawsuits trying to halt his push to build a wall along the southern border, prohibit the entry of citizens from several majority-Muslim countries and crackdown on migrants seeking asylum in the U.S., amid other measures.

He is expected to press those efforts again this year as he ramps up his reelection campaign.

Just this week, a coalition of leading civil rights organizations urged House leaders to take up the No Ban Act, legislation to end Trump’s travel ban and prevent a new one.

The bill introduced last year by Rep. Judy Chu, D-Calif., with Sen. Chris Coons, D-Del., in the Senate, would impose limits on the president’s ability to restrict entry to the U.S. It would require the administration to spell out its reasons for the restrictions and specifically prohibit religious discrimination.

Trump’s revised ban eliminated some of the original’s most contentious provisions, including making clear that those who held visas at the time of the signing could continue to enter the country.