Watch the last known video of a Tasmanian tiger 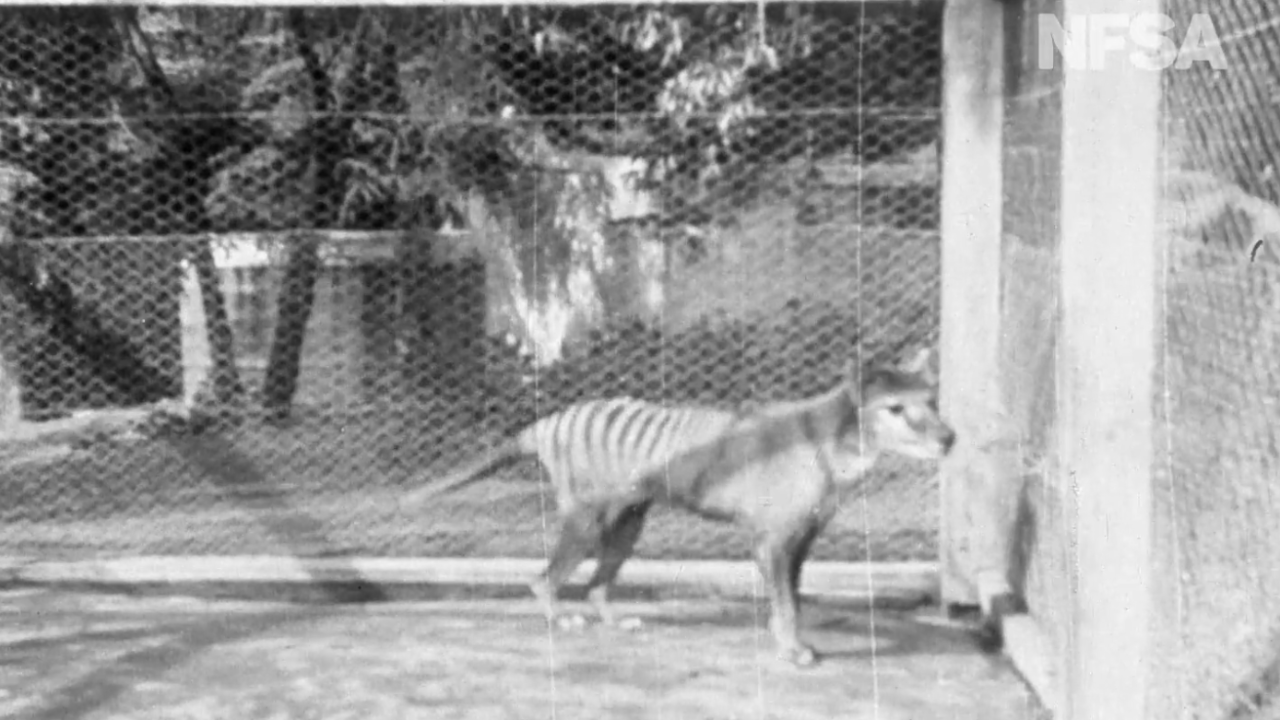 HOBART, Australia – The last known video of a thylacine, otherwise known as a Tasmanian tiger, has been released.

The National Film and Sound Archive of Australia (NFSA) released the 21-second newsreel clip Monday. It was filmed in 1935 for a travelogue called “Tasmania the Wonderland,” according to a press release.

In the video, the last surviving Tasmanian tiger, named Benjamin, is seen calmly pacing around his enclosure at the long-defunct Beaumaris Zoo, which was located in Hobart on the island state of Tasmania.

NFSA says zookeeper Arthur Reid and an associate are also seen rattling his cage at the far right of frame, attempting to coax some action or perhaps elicit one of the marsupial’s famous threat-yawns.

The film’s narrator makes mention of the animal’s rarity, saying it was forced out of its natural habitat by “the march of civilization.”

Only 18 months after this film was taken, NFSA says Benjamin, the last-known confirmed surviving thylacine in captivity, passed away on Sept. 7, 1936.