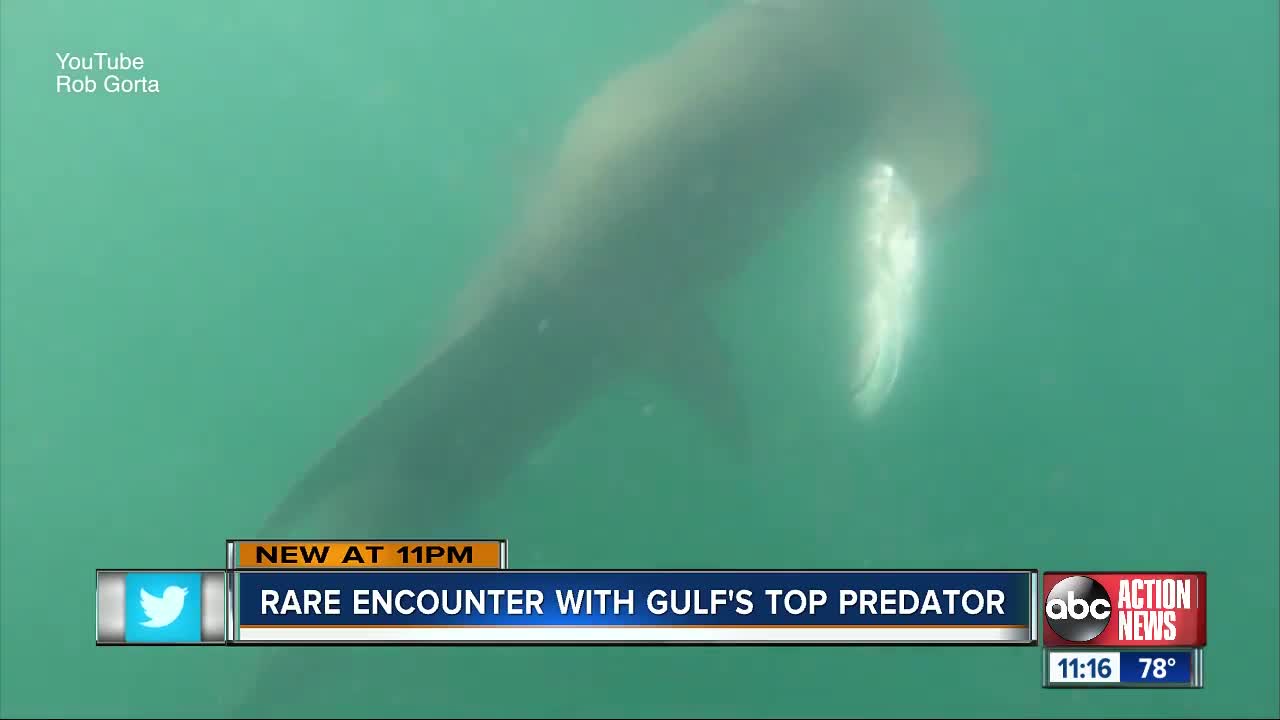 On June 4, the impressive raw power of how hammerhead sharks hunt was on full display. 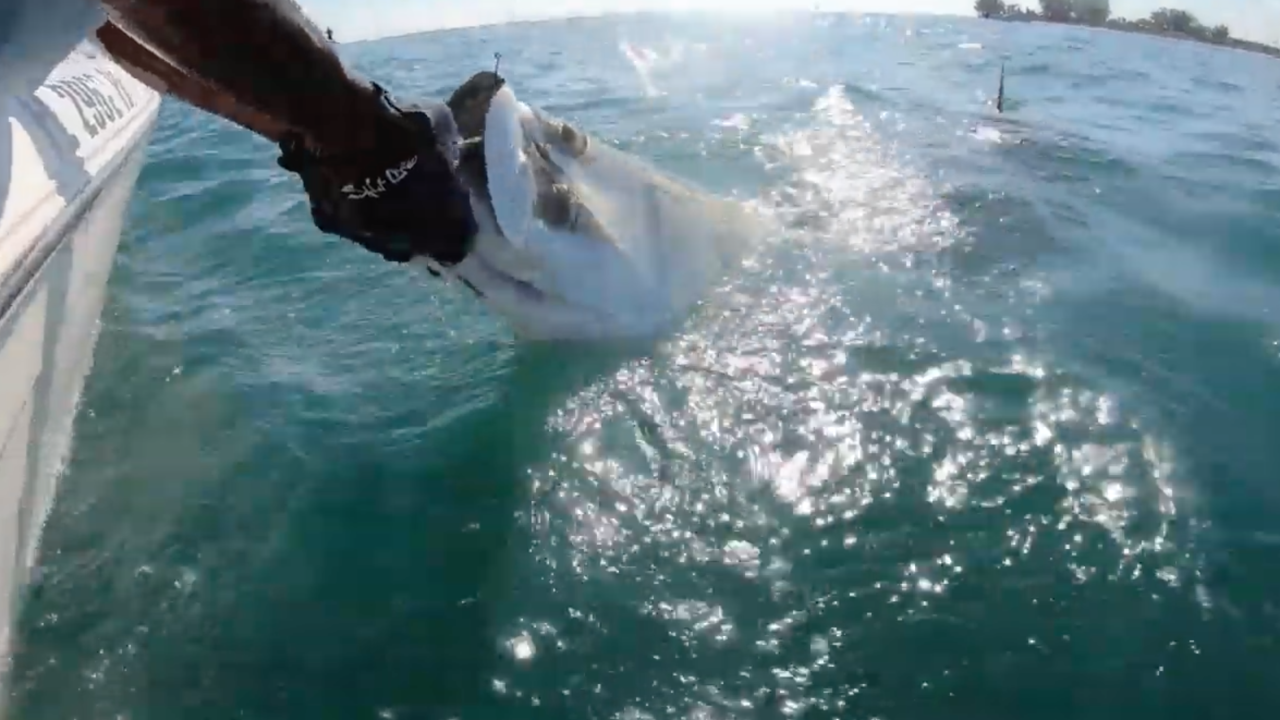 ANNA MARIA ISLAND, Fla. — On June 4, the impressive raw power of how hammerhead sharks hunt was on full display.

The hammerhead shark, estimated to be 13 to 14 feet long, was captured on GoPro video attacking a massive tarpon.

Fishing guide Captain Rob Gorta was trying to hold the fish up for a picture when he got photobombed by the shark.

The video shows the hammerhead's fin popping up out of the water, going after the tarpon in Gorta's hand. The shark pursues the catch above and below the water.

Gorta rushed to unhook the tarpon to give the fish a fighting chance, but it was too late. Gorta said even when he reeled the tarpon in, he saw bite marks and blood in the water.

“I really felt bad for the fish, you know, they are an amazing fish, and I make a good living off of them,” Gorta said. “They are a lot of fun, and I have the utmost respect for them. There’s nothing I could really do to save that fish.”

The attack happened in the waters off Anna Maria Island in Florida. Gorta said he’s had tarpon getting chased by a shark jump into his boat. But having a shark steal his catch is a first.

“I still think about it every day ... I show it and brag about it to everyone I know,” Gorta said. “I am very fortunate to make my living on the water and capture some amazing videos. When you are on the water every day, you see a lot of crazy stuff.”

This story was originally published by Michael Paluska on WFTS.