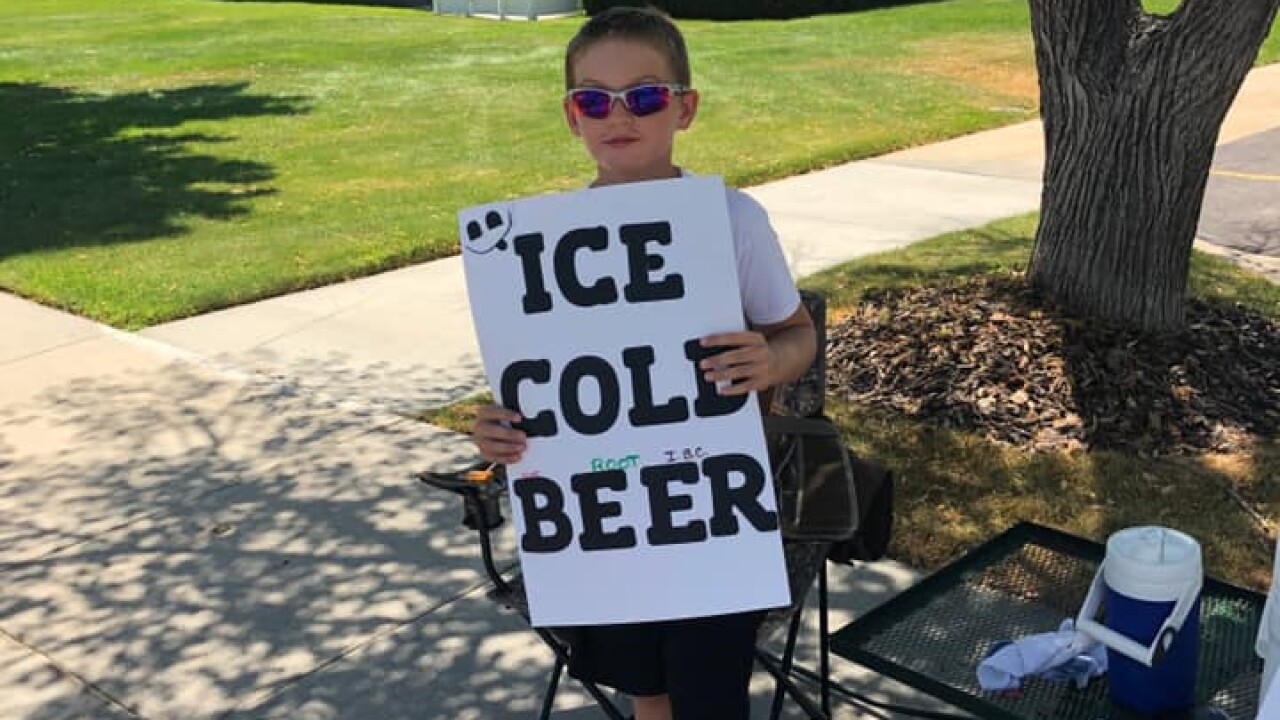 BRIGHAM CITY, Utah — A boy in Utah with a unique marketing strategy caught some attention from police.

But if you get a little closer to the sign, in small letters above "BEER" was the word "root."

They said the boy's marketing strategy resulted in several calls to the police.

However, the boy's business has been good.

This story was originally published by Lisette Lopez on KXXV .