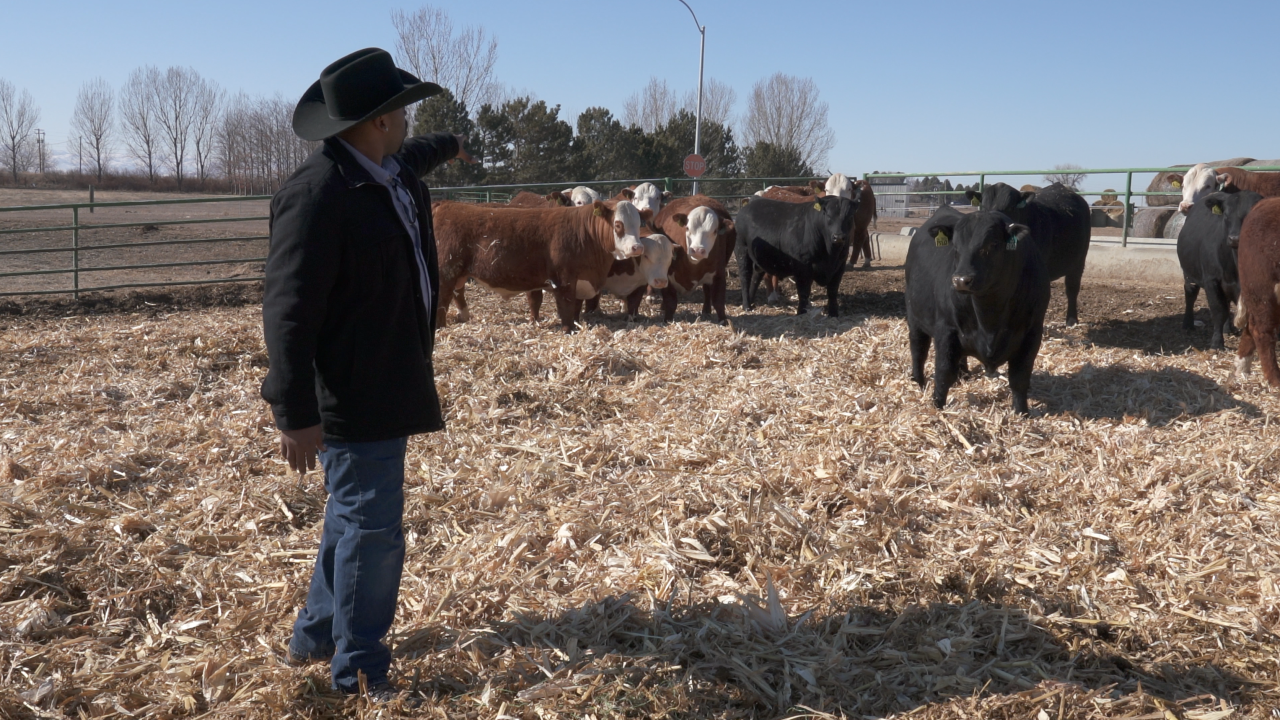 FORT COLLINS, Colo. – Robert Wiggins is studying agriculture business and education. It’s a path he didn’t expect for himself because he never saw ranchers or farmers who looked like him.

“Growing up in west Texas, I didn’t even like ag when I was a kid. It was a white man’s game, and we weren’t allowed to play,” Wiggins said.

However, as Wiggins' family grew, he started to realize the importance of good nutrition and his passion for agriculture took root.

“I had kids and community members that needed this. Our community – the African American community – suffers a lot from diabetes, cancers, diseases that could be controlled by eating habits. And so, when we got into this work, it wasn’t about the people that were gonna be working around us, but the people we were gonna be serving.”

So he started classes at Colorado State University – a school selected to be the epicenter of a national effort – to bring more diversity into the American agriculture workforce.

Kirkpatrick is the Executive Director of Together We Grow – a consortium of agriculture companies, NGOs and university partners who all share the same goal: using diversity to fuel the innovation behind feeding future generations.

“In the next 30 years as population growth continues across the world, we’ll need to produce more food than we have in all of human civilization with fewer resources,” Kirkpatrick said.

To solve this looming challenge, Kirkpatrick says the ag industry needs a variety of ages, races, genders, veterans, and people with disabilities who can find solutions that fit everyone’s needs. There’s a reason Colorado State University was chosen to lead the effort.

“Colorado is such a wonderful place to be located for us because we are all of the things: we’re urban populations and rural communities, we’re tech and innovation and we are historic agriculture roots, and so we really are the cross-section of what’s happening in agriculture and across the world, and it all crystalizes here.”

The need for diversity is clear when looking at the numbers. Data from the Census of Agriculture shows that in 2017, there were 13 times more white people in agriculture than all other races combined. And when it came to gender, the number of men more than doubled the number of women.

Lucille Rollins is studying soil and crop sciences at CSU. She says she never really thought much about her Asian-American female identity until she really started to dig into agriculture studies.

“I spent last summer working as a crop advisor in Nebraska, and – ya know, I was primarily surrounded by white older men – and I was nervous about that, but I was really surprised because I think they were really excited to have me there and have someone with a different voice or perspective,” Rollins said.

Living in a world with many polarized views, Rollins says it’s important that people of different backgrounds are able to find a common ground. She believes that will get easier as the ag industry becomes more diverse.

“As our population grows and development and land-use change, we need to learn how to have these conversations about how we can support urban communities, but also how we can make sure that rural communities don’t feel marginalized.”

The truth is, everyone is impacted by food and its availability. Wiggins says it’s a need that connects us globally.

“It’s a global market that we’re engaged in. Therefore, we’re serving people that we may have never met before, or met anyone from their culture. So bringing someone in from that background, and allowing them to share with us their perspectives, their ideas, their knowledge of that community and their culture is invaluable if we expect to continue to grow as an agriculture powerhouse,” Wiggins said.

“Our opportunity is really to connect with people who want to solve big global challenges, who want to save the world, who want to make us better. And there is no better place to do that than in agriculture,” Kirkpatrick said.