Suspect in custody after hours-long standoff with police in Philadelphia

Video shows the massive police response to an officer-involved shooting in Philadelphia. Police have confirmed that "multiple" people are injured. 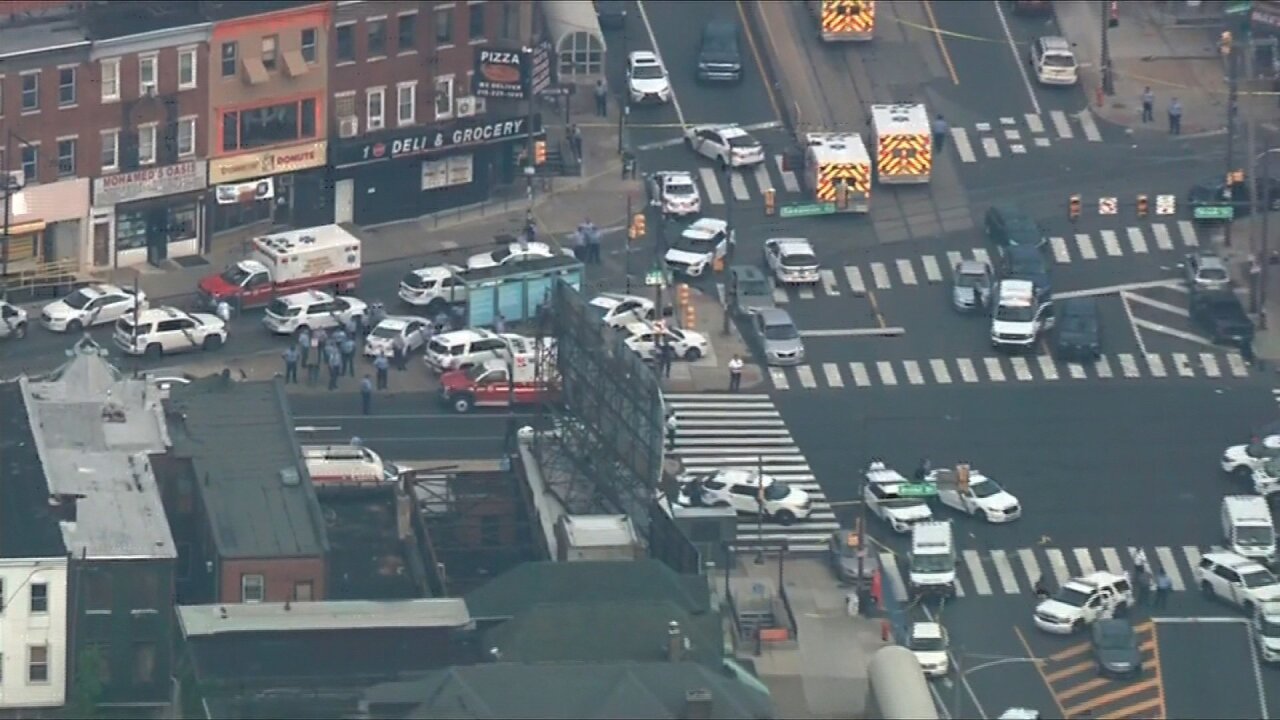 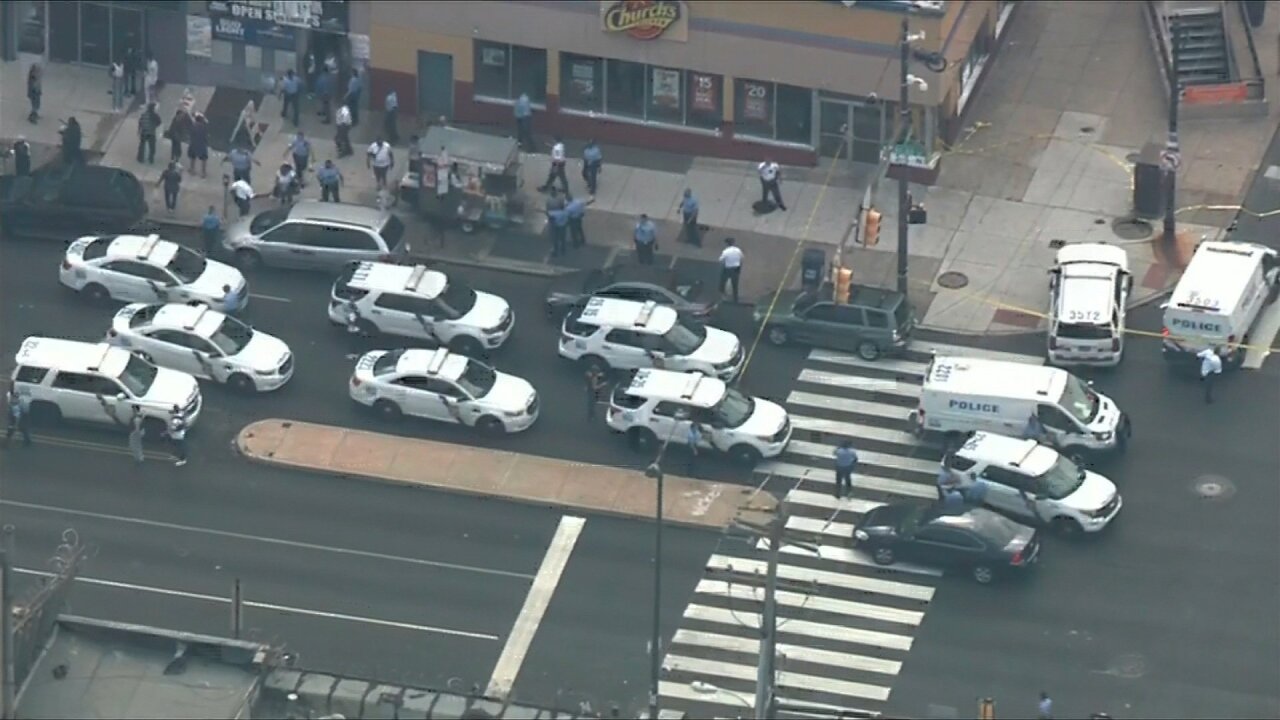 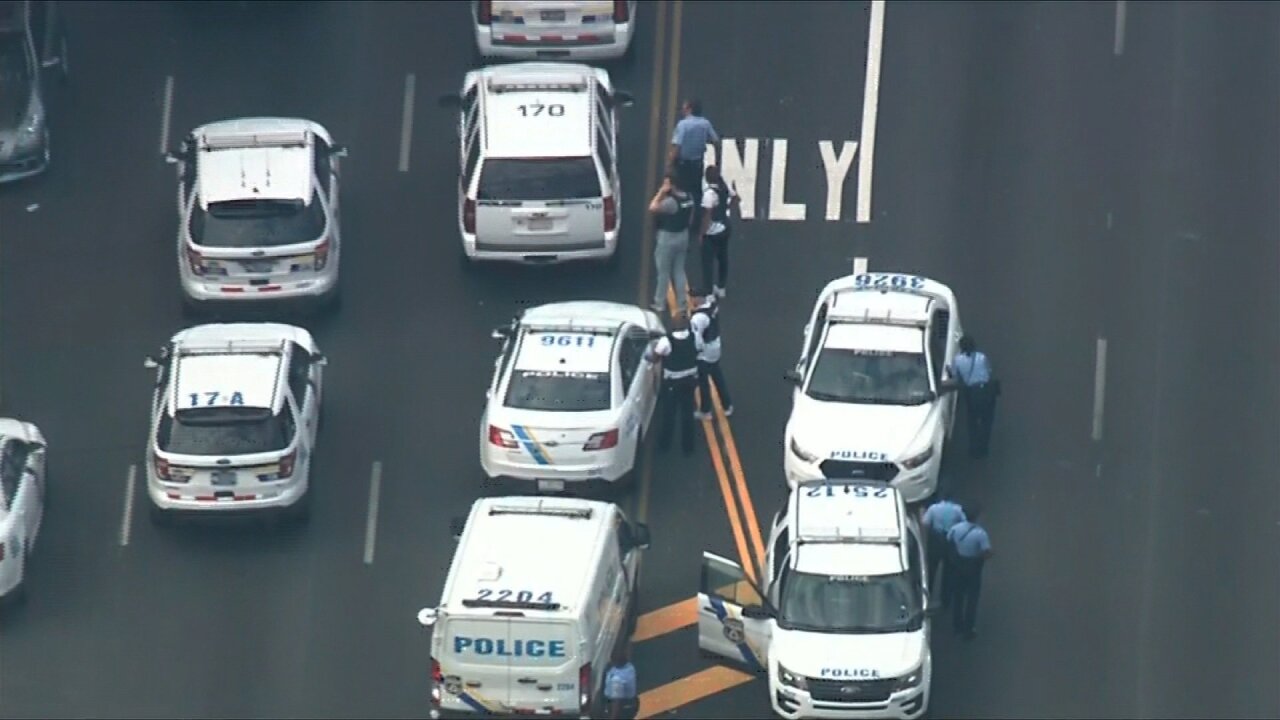 For hours, bullets flew and gunpowder wafted through the streets of North Philadelphia.

Police officers trying to serve a narcotics warrant entered a row house in the Nicetown-Tioga neighborhood Wednesday afternoon. As they got toward the kitchen area, a man fired multiple rounds, forcing some officers to escape through the window, authorities said.

But others got trapped in the house with the gunman after he barricaded himself. As he traded gunfire with officers outside, bullets ricocheted on the pavement, sending them crouching behind police cars.

By the time the suspect was in custody nearly eight hours later, six officers were wounded. Police announced his arrest with a single tweet shortly after midnight Thursday.

"We're thankful. A little angry about someone having all that weaponry and all that firepower, but we'll get to that another day," Philadelphia Mayor Jim Kenney said at a news conference. "It's about the officers and their families right now."

Three hours after the first shots

The shooting started about 4:30 p.m. after officers entered the home. More than three hours after the first shots, the suspect showed no signs of surrendering, police said.

Temple University's Health Sciences Center campus was put on lockdown briefly as police secured the area. Concern grew for two officers trapped in the house with the gunman as police cars and officers in tactical gear swarmed the neighborhood.

"We've got a pretty horrible situation unfolding, and you hear me say unfolding because it is not resolved," Philadelphia Police Commissioner Richard Ross said at the time.

Negotiators tried to communicate with the suspect, but he was picking up the phone and not responding, Ross said. The suspect's attorney joined a phone call to reassure him police won't harm him, authorities said.

Five hours after the first shots

As the sun set and the standoff dragged on, the mayor said he was listening to police radio transmissions. Officers in the house were whispering because they didn't want the shooter to hear them, he said.

Five hours after the standoff started, a SWAT team rescued two officers and three others trapped inside the row house, the police commissioner said. CNN affiliate KYW reported the officers were trapped on the second floor while the shooter was on the first floor.

"They were able to use stealth to do it," the mayor said. He said the shooter appeared unaware of the rescue mission.

Eight hours after the first shots

All six officers suffered injuries that are not life threatening and have been released from an area hospital, police said.

The Philadelphia mayor called out the NRA and demanded a resolution to the nation's gun crisis, saying officers need help keeping numerous weapons out of criminals' hands.

"Our officers deserve to be protected and they don't deserve to be shot at by a guy for hours with an unlimited supply of weapons and an unlimited supply of bullets. It's disgusting and we got to do something about it ... quickly," the mayor said. "This government, both on federal and state level, don't want to do anything about getting these guns off the streets and getting them out of the hands of criminals."