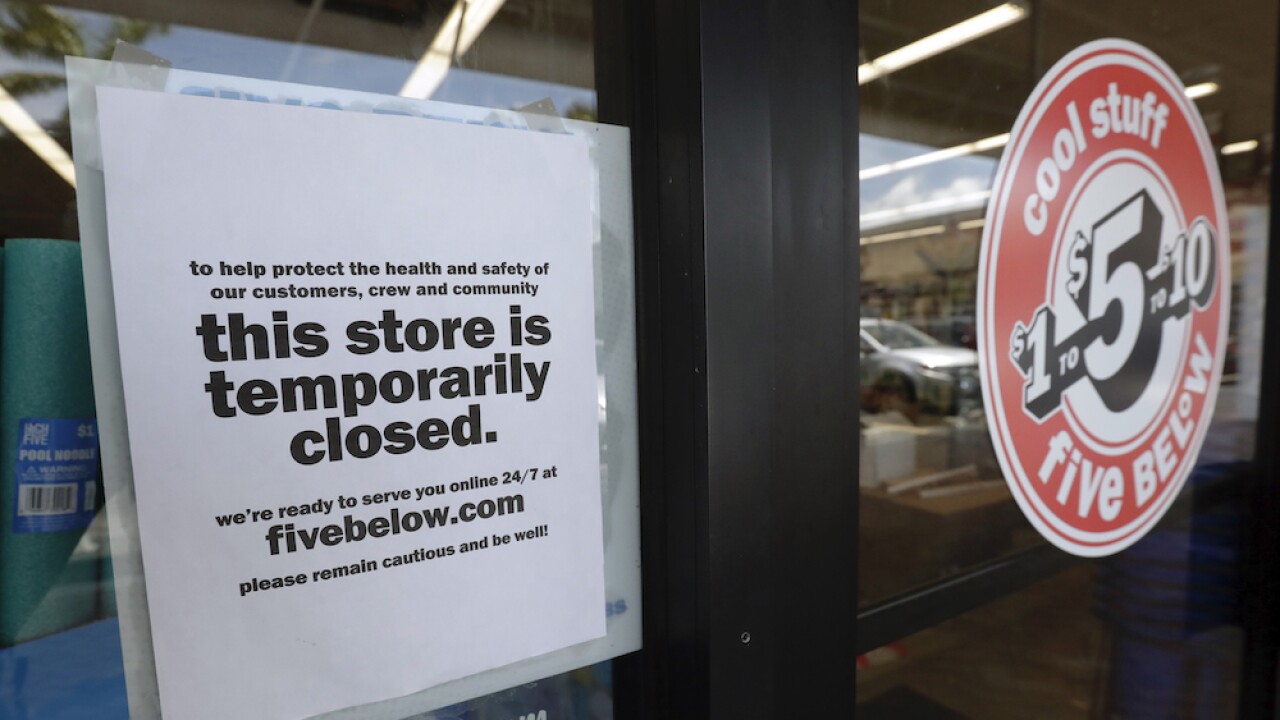 Small business owners are concerned that a federal loan program, the Economic Injury Disaster Loan, is providing too little money – too late. The delay, and the diminished funding, are leaving some business owners with questions, concerns and a fear that they’ll have to shut their doors.

One of those businesses is GoPegasus, a transportation company based in Orlando, Florida. It’s been months since any of its dozens of buses have even moved, even though business should be booming right now.

“There are days that it's really tough to wake up in the morning, I'm gonna tell you I... But you have to do it like us, 26 years. It's a life,” said Claudia Menezes, the vice president of GoPegasus said.

And even though their business has stopped - Menezes said they’ve seen more than $2 million in cancellations so far - their bills haven’t. Things like employees, bus maintenance and insurance all still have to be paid. Which is why Menezes said GoPegasus applied for an EIDL loan in the first place. In the 26 years GoPegasus has been in business, Menezes said they have received two such loans before, one immediately following September 11, 2001, and another after Hurricane Irma.

The EIDL is a low-interest loan, separate from the Paycheck Protection Program, that the federal Small Business Administration awards after a disaster. EIDL funds can be paid back to the government over decades.

The coronavirus pandemic means any business owner with 500 employees or fewer can apply for one of these loans.

Menezes said that when they applied for a loan in March, the maximum cap was $2 million, and the company was approved for a $500,000 loan, but before they got the money, the loan program was capped.

In May, the SBA capped all EIDL loans at $150,000. An SBA representative said that decision was made “in order to help as many small businesses and nonprofit organizations as possible. However, most applicants will not be affected by the limit because loan amounts are calculated based on economic injury and 6-monts of actual working capital needs. As of June 29, 2020, the average EIDL loan for COVID-19 is well under the limit at approximately $62,000.”

Menezes said with the smaller loan, she doesn’t know if GoPegasus will be able to stay in business. She’s appealed the loan amount and said she’s called, written letters and reached out to her federal representatives but has no information on the status and is just waiting.

“It’s almost impossible to plan and that's our situation at this point, so what are we gonna do? We're really running out of resources,” said Menezes.

Kelly West and her family have a similar story. This is the first time her family’s company, Skydive Greene County, applied for a federal EIDL loan and she described the experience as “horrific.”

“I might sound a little dramatic, but it's been an emotional roller coaster,” said West.

She’s the operations manager for the company and said she originally filed a loan application in March. She said she needed to fix an error on that original application, but after she did, the nearly 60-year-old family business’ loan was only partially funded. She said she’s appealed, written to federal representatives and even got a senator involved but now she’s waiting – with no idea if or when she’ll learn more

Talking about small business owners and the importance of funding EIDL loans, West said that, “these are people, not just their income, but these are our dreams, our hopes, our dreams, our life’s work.”

Menezes and West are not alone. In a July 1 meeting of the U.S. House of Representatives’ Small Business Committee, representatives from both sides of the aisle shared similar small business stories from each of their districts with James Rivera, an Associate Administrator for the Office of Disaster Assistance in the U.S. Small Business Administration. Most of the stories told by the representatives had similar themes – not enough money and not enough information.

In reference to the $150,000 cap, Rep. Pete Stauber, (R-MN) told Rivera that “it seems that the SBA has taken some liberties to reduce the cap of loans given out from $2 million to $150,000. While this is likely to ensure that the maximum number of businesses receive some sort of funding during this crisis, my constituents are rightfully upset. They feel like they are being cheated out of what they were promised by our government.”

Rep. Angie Craig (D-MN) talked about the lack of information and customer service her constituents received from the SBA in the loan process, and told Rivera, “I have a lot of businesses in my district where if this was the level of customer service that they provided they would be out of business three months ago.”

The SBA points to what they have done. Rivera told representatives that some wait times have been longer but the average time to get a loan filled is 41 days. While some representatives questioned how long that time frame was, Rivera said loans that are applied for now – after a new application portal was rolled out in June – have an even shorter turnaround time.

A representative of the SBA said in an email that, “following the passage of the CARES Act, SBA created and implemented an entirely new online EIDL application portal and distribution system…This system has now handled more than eight million applications, allowing the SBA to distribute funds to those small businesses in less than two days.”

Rivera also said in Congress that there’s a huge demand for funds – bigger than ever before, and that the SBA has awarded 6.8 million business about $147 billion, and still has about $230 billion left to award.

Both Menezes and West said that if they knew back in March what they would have to go through – and are still going through -- they likely would have tried to get loan help elsewhere.

“It's a one thing to have a yes or no answer and to know right away. So we could have made alternative plans to get different financing if we needed it,” said West. “But then when you're promised something and then it doesn't come through, and then you're promised by somebody else and it doesn't come with them, now what is three or four different times. You feel like you’re just beat up.”

Menezes echoed that sentiment, and also said after 26 years in business, she doesn’t know if her company will make it through this one.

“It is like it makes the situation even worse because you don't know what you do, what you can do, what to do. We’re in the mercy of something - a miracle to happen,” said Menezes.