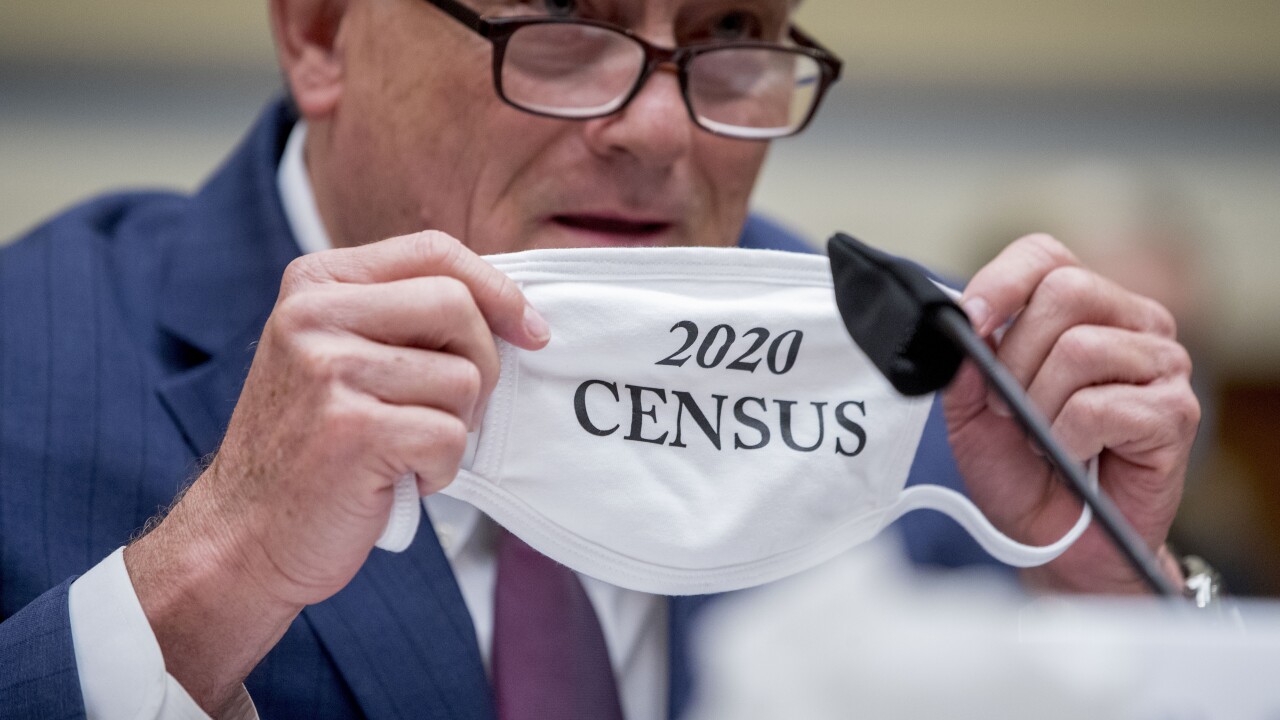 Copyright 2020 The Associated Press. All rights reserved
Andrew Harnik/AP
Census Bureau Director Steven Dillingham holds up his mask with the words "2020 Census" as he testifies before a House Committee on Oversight and Reform hearing on the 2020 Census​ on Capitol Hill, Wednesday, July 29, 2020, in Washington. (AP Photo/Andrew Harnik)

ORLANDO, Fla. (AP) — The Census Bureau has sped up the timetable on its website for crunching 2020 census numbers.

On its website Friday, the bureau listed the deadline for processing data used to apportion the districts as Dec. 31. As recently as Thursday, it had listed a time frame of Oct. 31, 2020 to April 30, 2021 — an estimate based on a request for an extension that it submitted to Congress in April.

The request passed the Democratic-controlled House as part of coronavirus-relief legislation but is now stalled in the Senate. The chamber’s inaction coincides with a memorandum Trump issued last week to try to exclude people living in the U.S. illegally from being included during the process for redrawing congressional districts.

Civil rights activists worry the sped-up deadline could affect the thoroughness of the count.

The census determines how $1.5 trillion in federal spending is distributed and how many congressional districts each state gets. Census Bureau officials have said it would be impossible to meet the year-end deadline.

The current response rate is roughly 60 percent of the country, leaving four out of ten households needing to be officially counted.

Those wanting to fill out the census online can head to 2020census.gov.