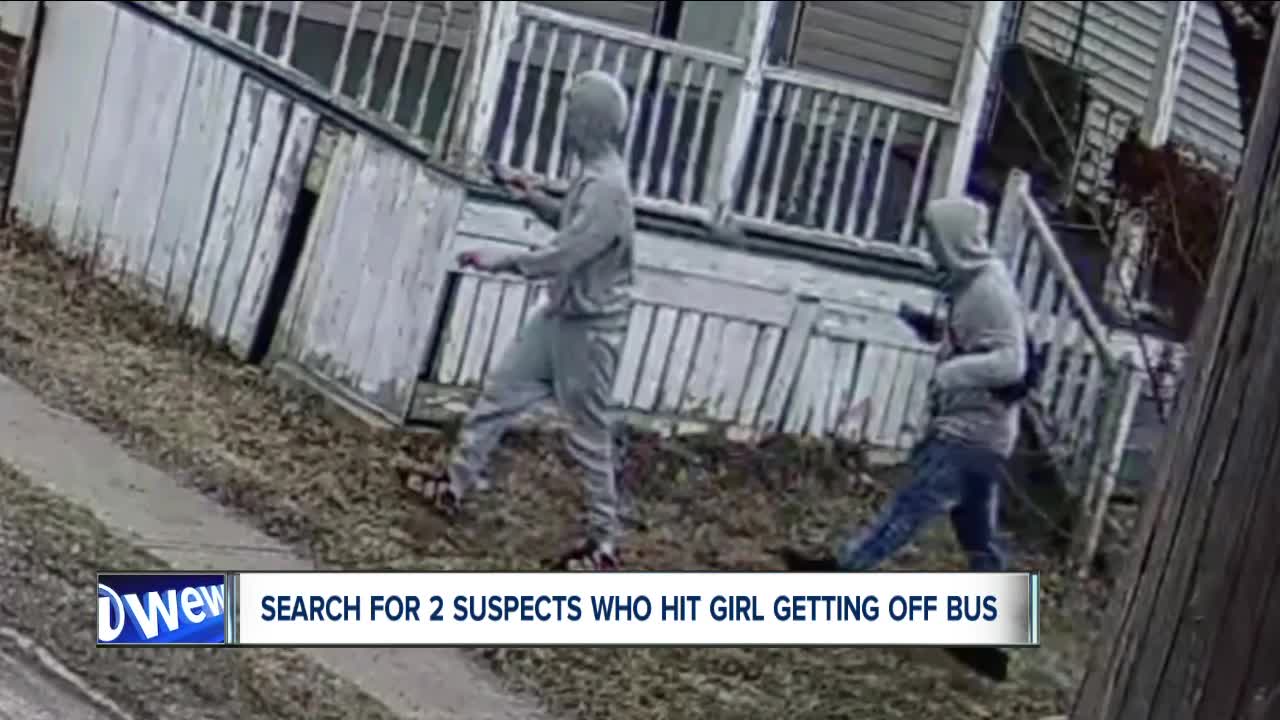 Newly obtained security camera footage from a resident on Cleveland’s Southwest Side shows two people ditching a KIA Soul after a third-grader was struck by car in a hit-skip Thursday. 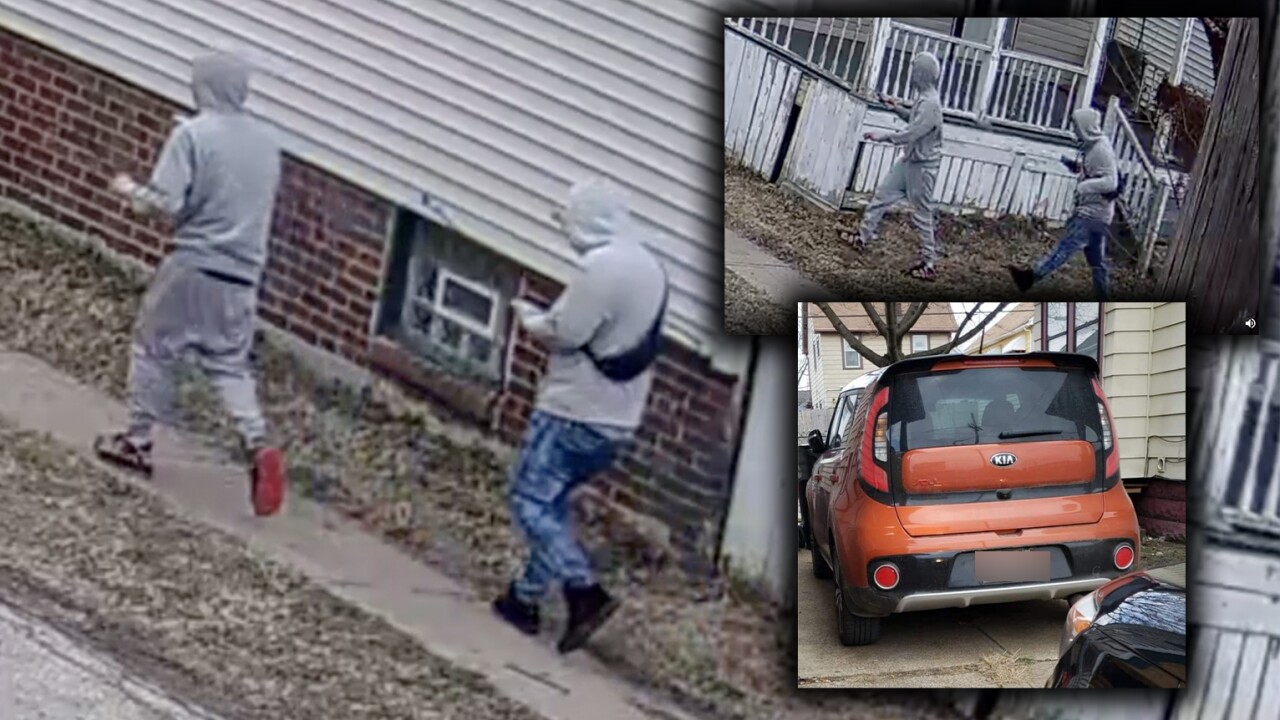 Newly obtained security camera footage from a resident on Cleveland’s Southwest Side shows two people ditching a car after a third-grader getting off a school bus was struck in a hit-skip on Thursday.

Cleveland police have confirmed that the video shows what appears to be two males of an unknown age wanted in connection with the hit-skip.

The 9-year-old girl was struck near West 73rd Street and Dearborn Avenue after stepping off a school bus. Authorities say the collision happened after a car drove around the bus.

Police said video from neighbors has been crucial in helping them work this case, and they hope the public will assist them in finding the suspects as well.

"This young child was getting off of a school bus and was hit and then the car just took off," said Sgt. Jennifer Ciaccia of the Cleveland Division of Police. "Nobody stopped to even see if she was OK or anything like that."

Following the crash, the vehicle sped off. The girl was transported to MetroHealth Medical Center and treated for a broken leg.

Authorities said they recovered the car Thursday night after a homeowner reported finding it in her driveway.

For investigators, finding the vehicle that hit the child started with Denise McCoy, who lives on Dearborn, near West 73rd. She offered her surveillance video to police and said she is happy it was able to help them find the vehicle, an orange Kia Soul.

"The cameras did the work for the purpose that we have them," McCoy said.

From there, other neighbors helped point police in the right direction.

Video from a network of surveillance cameras shows the orange Kia Soul driving down Maywood, near West 91st, on Thursday afternoon. The car parks in a driveway, where two people get out and leave the car behind, eventually climbing into another car nearby.

The woman in whose driveway the Kia Soul was parked said she got home Thursday a little after 4 p.m., driving her own Kia Soul, and saw the strange Kia Soul parked in her driveway. After her fiancé told her no one was visiting, she said she decided to call police.

"I had a gut feeling like, 'This ain’t right. They need to come get this car,'" she said.

Cleveland police said it's helpful to have video from neighbors' cameras.

"That whole 'see something, say something,' now they can actually show us something and that’s extremely helpful," Ciaccia said.

Ciaccia said police believe the two people who ditched the car may be teenage boys. Investigators and detectives have also confirmed the vehicle was stolen, so tracing it back to the owner didn't help find the suspects.

Now, the case comes down to tips from the public and any footage their cameras might have captured, as investigators continue to hunt down evidence.

"When we go door-to-door and we canvass, people are very interested in coming forward and these are the things that break these cases very quickly," Ciaccia said.

Anyone with information about the identities of the two people pictured in the video is asked to call police.

This article was written by Olivia Fecteau and Drew Scofield for WEWS .