Mothers Against Drunk Driving: There are deadly consequences to driving while high

MADD: There are deadly consequences to driving while high 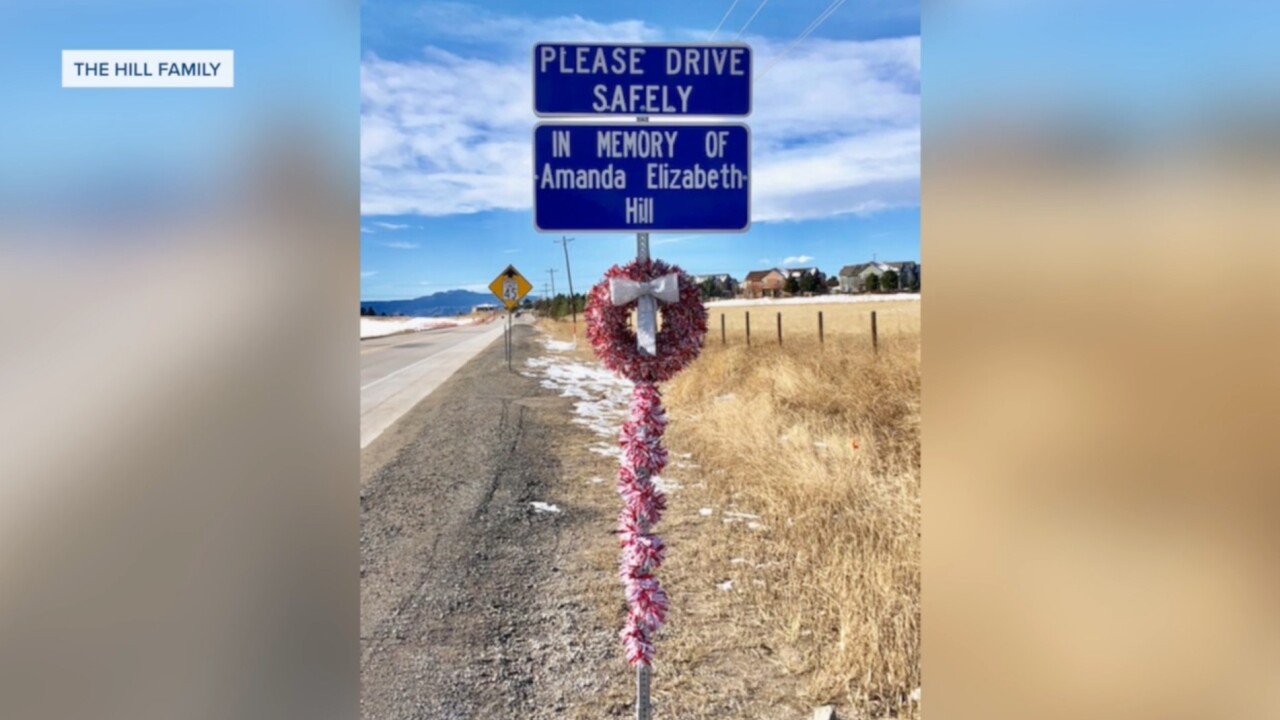 As more and more states legalize marijuana, a Colorado family and Mothers Against Drunk Driving (MADD) want people to know about the devastating consequences of driving while high.

Amanda Hill loved all things animal. The 24-year-old had landed a coveted internship at the Denver Zoo and was well on her way to becoming a vet tech.

“She was like an animal whisperer,” said Amanda’s mother, Denise Hill. “She loved animals. Animals made her feel better. She didn’t always get along with humans as she did with animals.”

The two were extremely close. Denise says on a sunny June day near Denver, Colorado, the two worked in the garage until Amanda had to leave for an appointment.

“I’m thankful that when she left, I gave her a hug and told her I loved her,” said Denise.

Then, she got a phone call.

“I picked the phone up and instead, it was that phone call that every parent dreads,” said the mother.

On a road that Amanda travels all the time, and in the middle of the afternoon, she was hit head on.

“And the impact was such that the sheriff who showed up later said its typically not survivable at the level they recorded,” Denise said.

While the medical staff worked to save her life, they let Ed and Denise Hill have a few moments with their daughter.

“We got those precious few seconds to tell her we loved her,” said Denise. “The last thing I told her was you’re going to be okay.”

Amanda didn't make it. Two years later, her parents are keeping her memory alive, fighting for tougher laws for people who drive while high on marijuana. They believe the sentence that was handed down to the driver who caused the accident that killed their daughter was too lenient.

“There’s so much that’s not understood about driving high, how long it stays in your system, what effect it truly has,” said Denise.

Helen Witty, National President of Mothers Against Drunk Driving, said “I think the frightening thing is that almost half of Americans think it's okay to drive after smoking marijuana even in the first two hours.”

Witty also lost her 16-year-old daughter in an accident. That driver was also drinking. And had smoked marijuana.

“When she died so violently and suddenly, I always would say, my daughter would be saying, mother say something. Do something. Not mom, mother.”

A new study sponsored by MADD and dedicated to Amanda Hill found that 26% of people surveyed think that driving after marijuana consumption is "not too concerning" and more than 40% of parents and grandparents reported never discussing the subject.

“The legalization happened before the data is out there,” said Witty. “The data is actually that it’s different for every person”

Ed and Denise Hill say they are proof of what one decision can do to a family. Amanda's loss is a painful void that they feel every day.

"The first thing you have to do is decide whether you want to live anymore and if you make the decision to live, then you have to decide how you’re going to live,” said Denise. “Are you going to just get through each day or is there going to be some kind of meaning in your life?”

The meaning is in her memory – a life cut too short, a death that was entirely preventable.