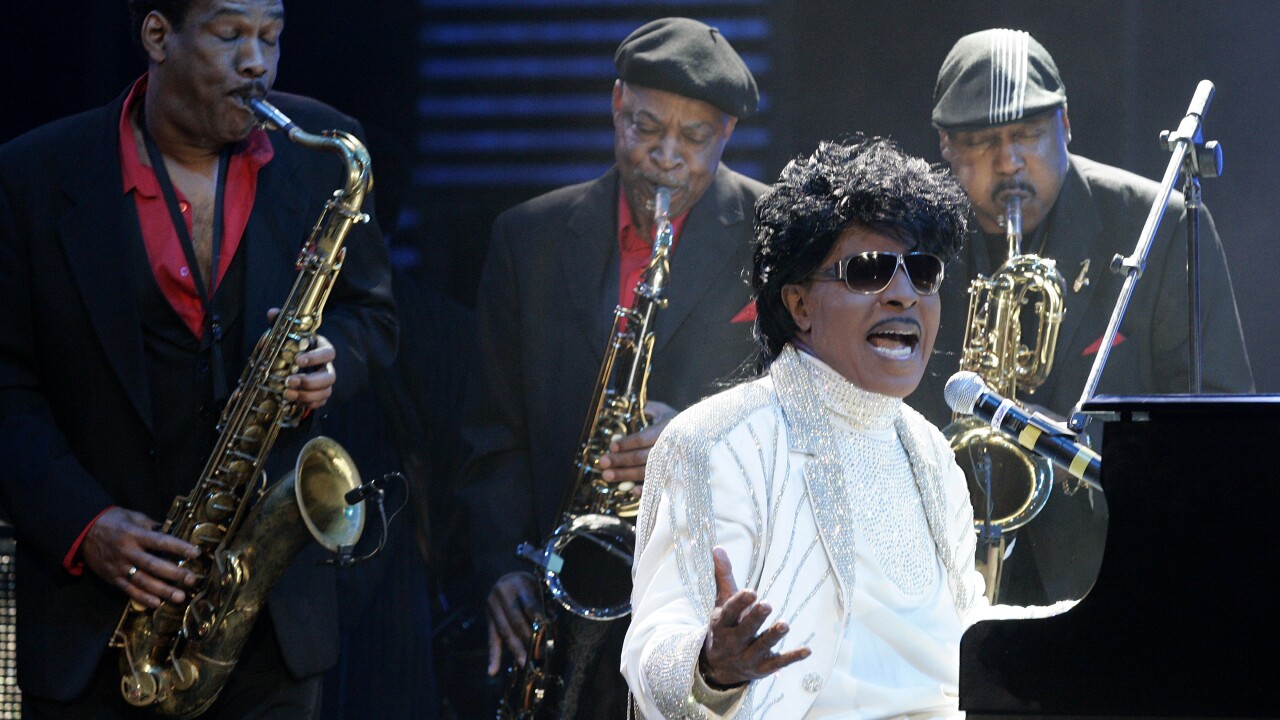 Patrick Semansky/AP
Little Richard performs at The Domino Effect, a tribute concert to New Orleans rock and roll musician Fats Domino, at the New Orleans Arena on May 30, 2009.

Rock and roll legend Little Richard has died, Rolling Stone and TMZ reported Saturday. He was 87.

Richard, considered to be the founding father of rock and roll, died at his Tennessee home, TMZ reported . Richard's bass guitarist, Charles Glenn, told TMZ he had been ill for two months.

Richard's son, Danny Penniman, confirmed his death to Rolling Stone , but said the cause was unknown.

This article was written by Lauren Cook for WPIX.