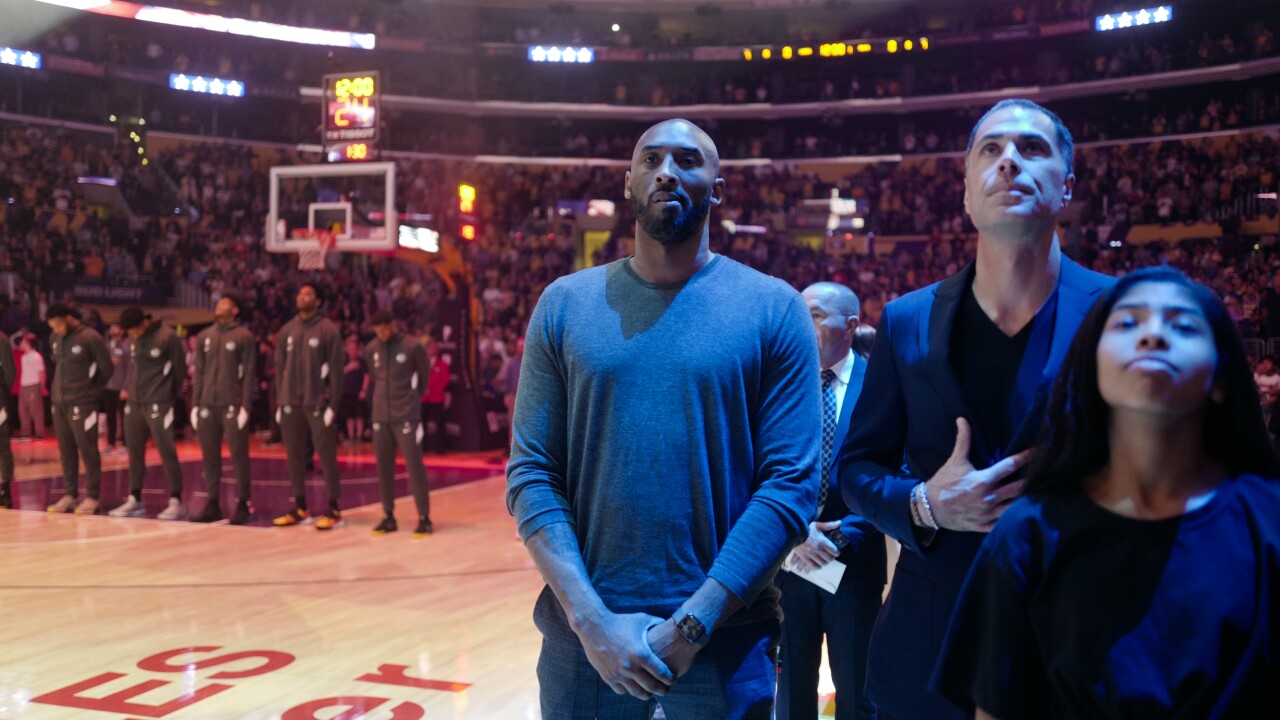 During an emotional Staples Center memorial service for NBA legend Kobe Bryant, Los Angeles Lakers general manager Rob Pelinka on Monday detailed text messages between him and Bryant, which may have been the last ever sent by Bryant.

Pelinka said that Bryant had texted him while on board the doomed helicopter, which crashed into a Southern California hillside, killing Bryant, his 13-year-old daughter Gianna, and seven others. The nine were en route to a basketball tournament where Bryant would coach his daughter Gianna’s team.

Pelinka said that Bryant asked him if he knew of a certain baseball agent in Southern California.

“Kobe texted back his desire to help a friend of his secure a baseball agency internship for one of his young daughters,” Pelinka said. “Kobe vouched for the girl’s character, intellect and work ethic; he clearly wanted to champion a bright future for her.”

Pelinka responded back to Bryant to say he would put in a plan in place to get that done.

“A handful of minutes later, Kobe and Gianna and seven other beautiful souls ascended into heaven,” he said. “Kobe had been texting me from the helicopter.

“The girl in that text chain he wanted to help so badly was Lexi Altobelli, the surviving daughter of coach John Altobelli, who was on the helicopter. Kobe’s last human act was heroic. He wanted to use his platform to bless and shape a young girl’s future. Hasn’t Kobe done that for all of us?"

Pelinka was one of Bryant's closest confidants. Before becoming the Lakers' GM, he was Bryant's long-time agent.