Katherine Johnson: African American woman who broke barriers at NASA in the 1960s dead at 101 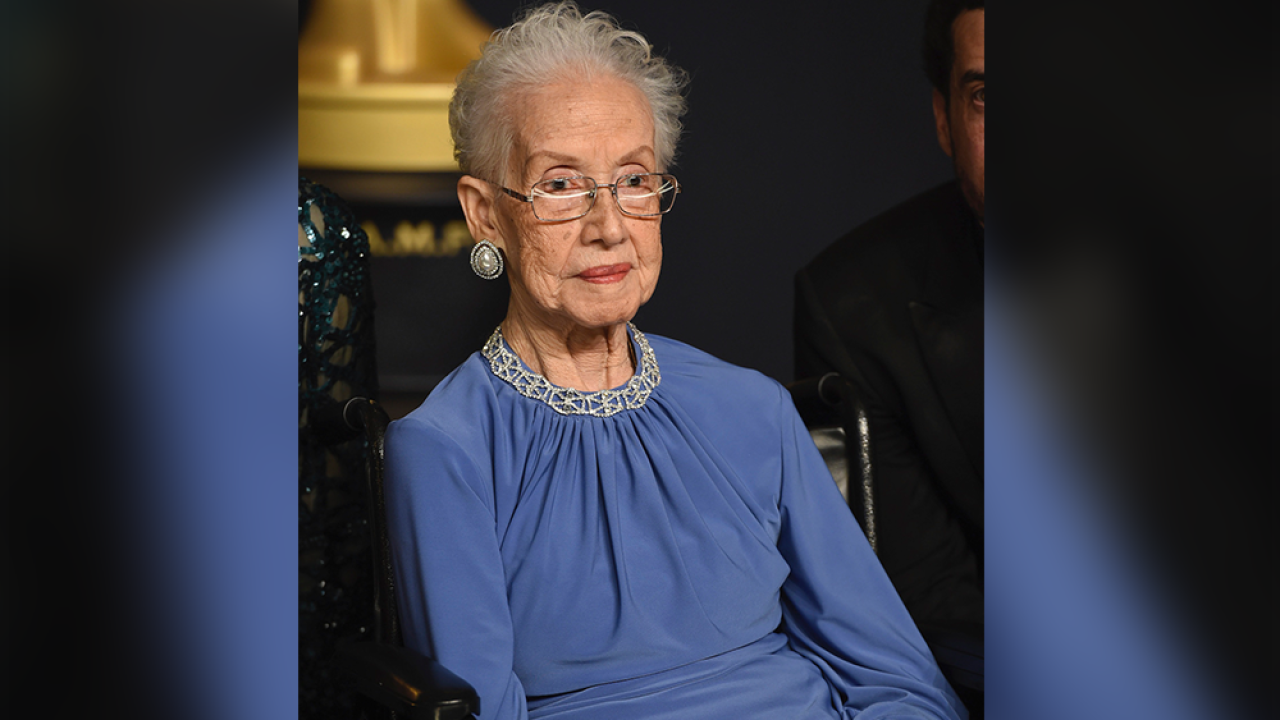 Johnson was born in White Sulphur Springs, West Virginia, in 1918. According to NASA, she showed great promise in math studies and began taking advanced classes. By the time she was 17, she had graduated from historically black West Virginia State College with honors.

While Johnson was one of three African American students selected to integrate West Virginia's graduate schools, she left the program in which she was studying at West Virginia University after about a year in order to start a family. Her husband would die of cancer in 1958.

Johnson contributed mathematics for early space exploration papers in the late 1950s, and as America hurdled toward space flight in the 1960s, she was called in to run numbers for John Glenn's first orbital flight. Glenn grew to trust Johnson's work in particular, and he asked that she specifically run numbers for his flight.

In 2015, at the age of 97, she was awarded the Presidential Medal of Freedom by President Barack Obama. In 2016, her story, along with the stories of two other African-American women at NASA in the 1960s, was commemorated in the film Hidden Figures.