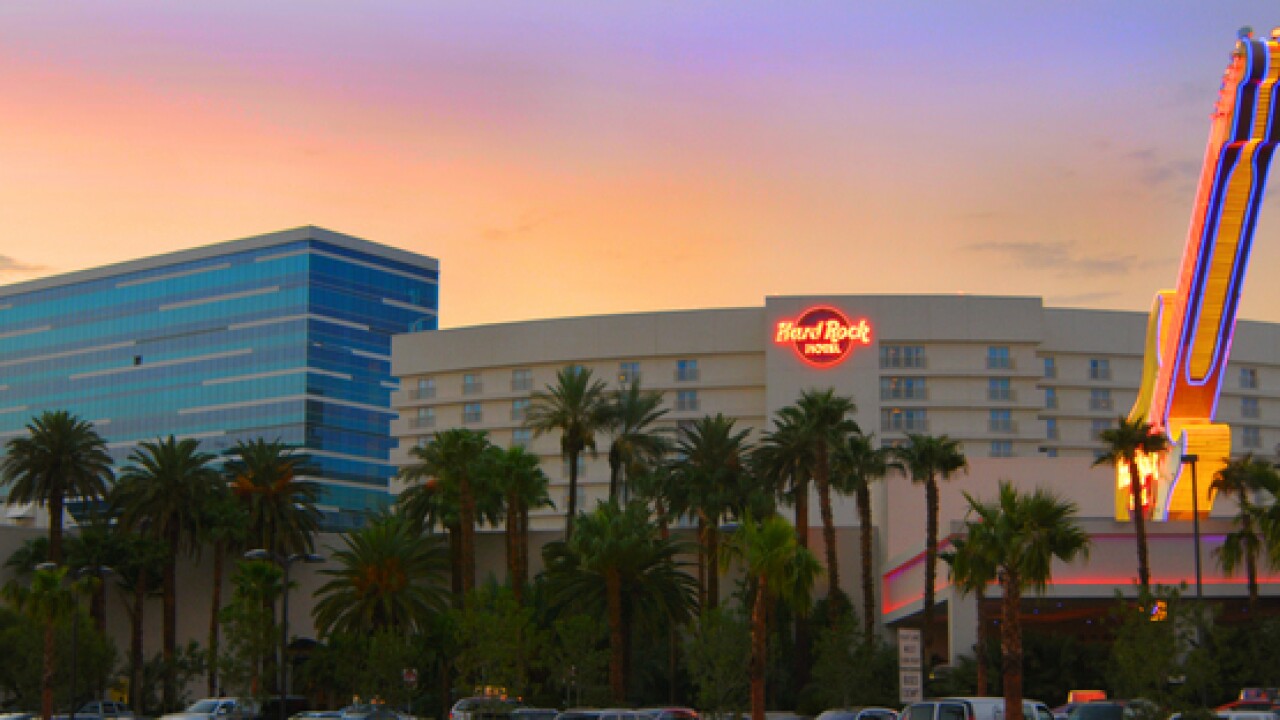 LAS VEGAS — The Hard Rock Hotel & Casino has made the decision to temporarily close in February 2020.

The property was sold in February 2018 to Virgin Hotels.

Initially, the plan was to phase in renovations to the property over the period of eight months with the property only being closed for four months. Now, it will be closed completely during the renovations.

The hotel and casino is expected to reopen no later than January 2021. However, it could be done by October 2020.

“We determined that a phased closing of four months, followed by a total closure of four months was not efficient from a construction process nor could we provide a hospitality service experience our guests deserve. Therefore an approximate eight-month closure would be most efficient and ensure a timely opening prior to January 2021. We might be ready in October, but construction is an imperfect process. Until early February 2020 it is business as usual at Hard Rock Hotel & Casino Las Vegas. Virgin Hotels Las Vegas promises to be one of the most exciting, vibrant, and anticipated properties to open in Las Vegas in years.”

The Hard Rock Hotel isn't just an iconic fixture in Nevada. The hotel has also appeared throughout pop culture.

The hotel was featured in the film "Con Air" when the fugitive plane crashes through the hotel's Fender Stratocaster guitar. It's also seen in episodes of "Entourage" and "The O.C."

This story was originally published by Joyce Lupiani on KTNV.