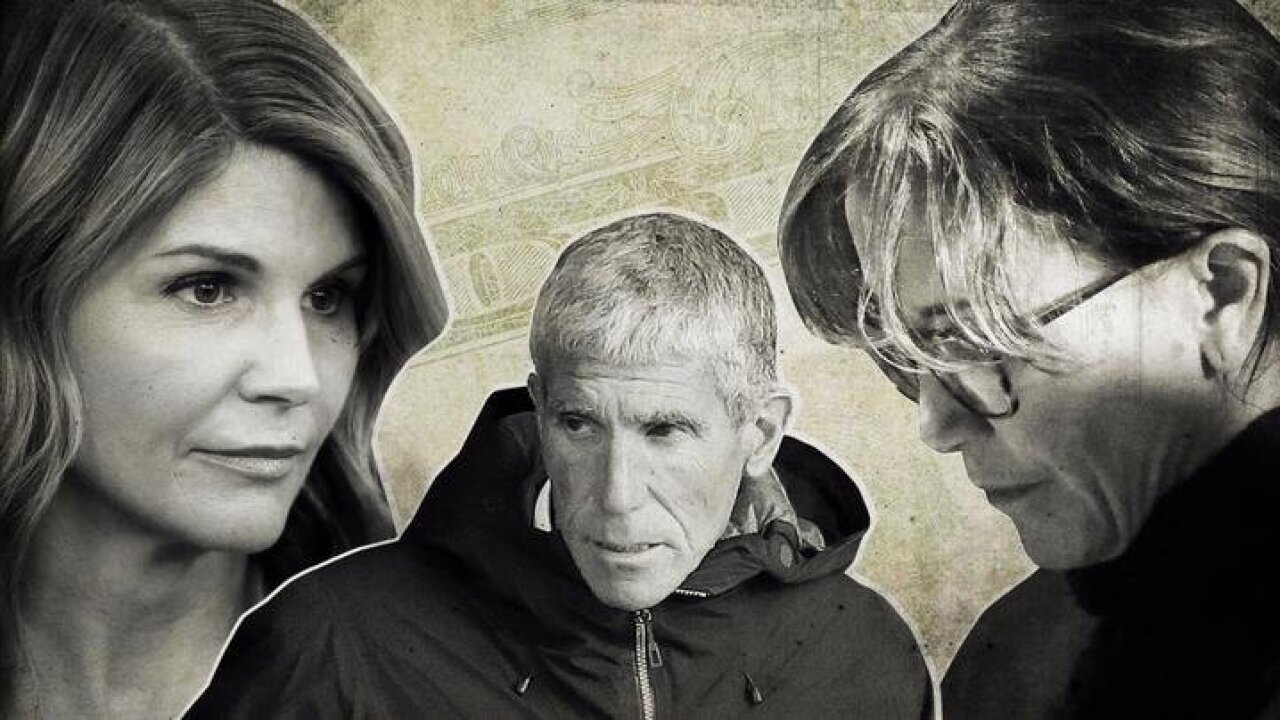 The tip that triggered the investigation into the largest alleged collegiate entrance scam ever prosecuted came from a financial executive's last-ditch effort to squirm out of the crosshairs of federal authorities, a law enforcement official said.

The executive, identified by the Wall Street Journal as Morrie Tobin, was being investigated as part of a separate financial fraud case and gave investigators enough information that they were able to identify William Rick Singer as the mastermind of the plot, the official said.

Tobin faced two charges of securities fraud for his role in a pump-and-dump scheme involving the manipulation of stock from two companies he secretly owned. The Securities and Exchange Commission said the stock from both of those companies was artificially inflated for Tobin's own profit.

He told investigators that Rudolph "Rudy" Meredith, the head women's soccer coach at Yale University, had sought a bribe in return for getting his daughter into the Ivy League school, the Wall Street Journal reported.

The coach conspired with Singer to accept bribes in exchange for designating Yale applicants as recruits for the team, according to a court filing. Meredith couldn't be reached for comment.

What followed after that initial tip was a yearlong investigation that culminated with the arrest of Meredith and other coaches; parents, including actresses Felicity Huffman and Lori Loughlin; cogs in the alleged scam, such as Mark Riddell, accused of taking tests for others or fixing scores; and the mastermind of the plot, Singer.

Tobin has not been charged in the college admissions scam case but, the WSJ reports that he is awaiting sentencing in the securities fraud case in which he signed a plea agreement in November.

The details of the investigation, first reported by the Wall Street Journal, bring into focus the effort by law enforcement to collect evidence against Singer, who made $25 million by running a scheme in which he bribed coaches and university administrators to designate the students as recruited athletes and also fixed SAT and ACT test scores.

"I created a side door," Singer said in federal court on Tuesday as he pleaded guilty to four counts related to the multimillion dollar scam and admitted the case against him was accurate. "So that was what made it so attractive to so many families is I created a guarantee."

Investigators followed the transfers of money and eventually landed on Singer, the law enforcement official told CNN. Singer, knowing he was caught and facing a mountain of evidence, agreed to work with investigators in September, Assistant US Attorney Eric Rosen said Tuesday.

Singer was instructed to continue meeting with parents, this time wearing a wire, and to follow through on agreements he was already working on, the official said. Investigators knew this was the busy season for Singer: Students were declaring schools and taking the standardized tests.

Parents were also looking to guarantee their children's entrance into schools.

Singer admitted during his hearing that he told the father of one prospective candidate that he was wearing a wire and that they shouldn't say anything illegal.

Singer had obstructed justice with at least six families who had either taken part in the scam or were planning to do it, prosecutors said.

Both Huffman and Loughlin have made their initial court appearances and were released after posting bond. They will appear separately before a judge in Boston on March 29.

Meredith, the former Yale soccer coach, is expected to go before a judge on March 28. He has not yet entered a plea.

Riddell, who is a counselor at a private school in Florida, is scheduled to appear in court in April. He has not yet entered a plea.

"I want to communicate to everyone that I am profoundly sorry for the damage I have done and grief I have caused those as a result of my needless actions." Riddell said in a statement provided by his attorney. "I understand how my actions contributed to a loss of trust in the college admissions process. I assume full responsibility for what I have done."

"This case is about the widening corruption of elite college admissions through the steady application of wealth combined with fraud," said US Attorney Andrew Lelling. "There can be no separate college admission system for the wealthy, and I'll add that there will not be a separate criminal justice system either."