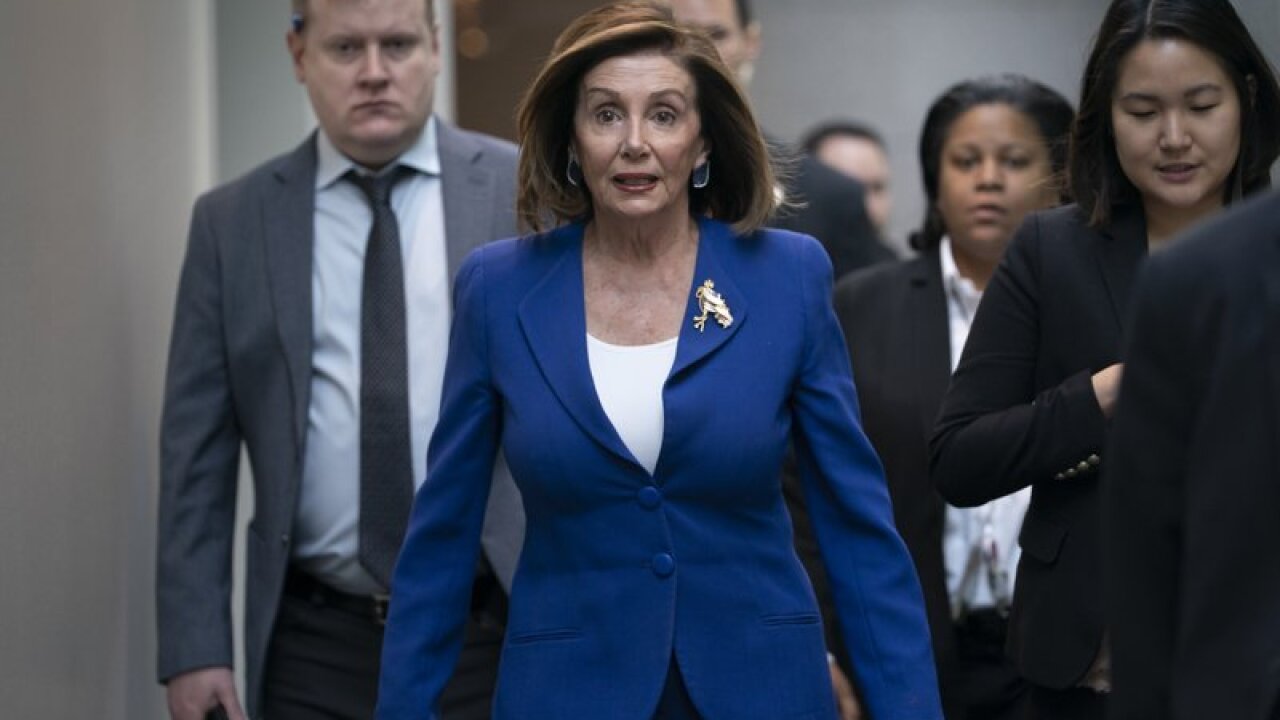 The House voted Thursday to limit President Donald Trump's ability to take military action against Iran as Democratic criticism of the U.S. killing of a top Iranian general intensified.

Democrats say that under the 1973 War Powers Act, it would be binding if also approved by the Senate. The matter has not been definitively decided by federal courts. A similar proposal by Sen. Tim Kaine, D-Va., faces an uphill fight in the GOP-run Senate.

Speaker Nancy Pelosi, D-Calif., said during her weekly press conference that the strike that killed Gen. Qassem Soleimani was "provocative and disproportionate."

The House vote came after two U.S. officials, speaking on the condition of anonymity, told reporters that it is "highly likely" that Iran is responsible for a plane crash that killed 176 people in Iran just hours after the Iranian military fired missiles at an airbase housing U.S. troops on Tuesday evening.

Canadian Prime Minister Justin Trudeau and British Prime Minister Boris Johnson also said Thursday that they have intelligence that the Ukrainian airliner was shot down by an Iranian surface-to-air missile.