Hours after conviction, Harvey Weinstein hospitalized while en route to prison, per reports 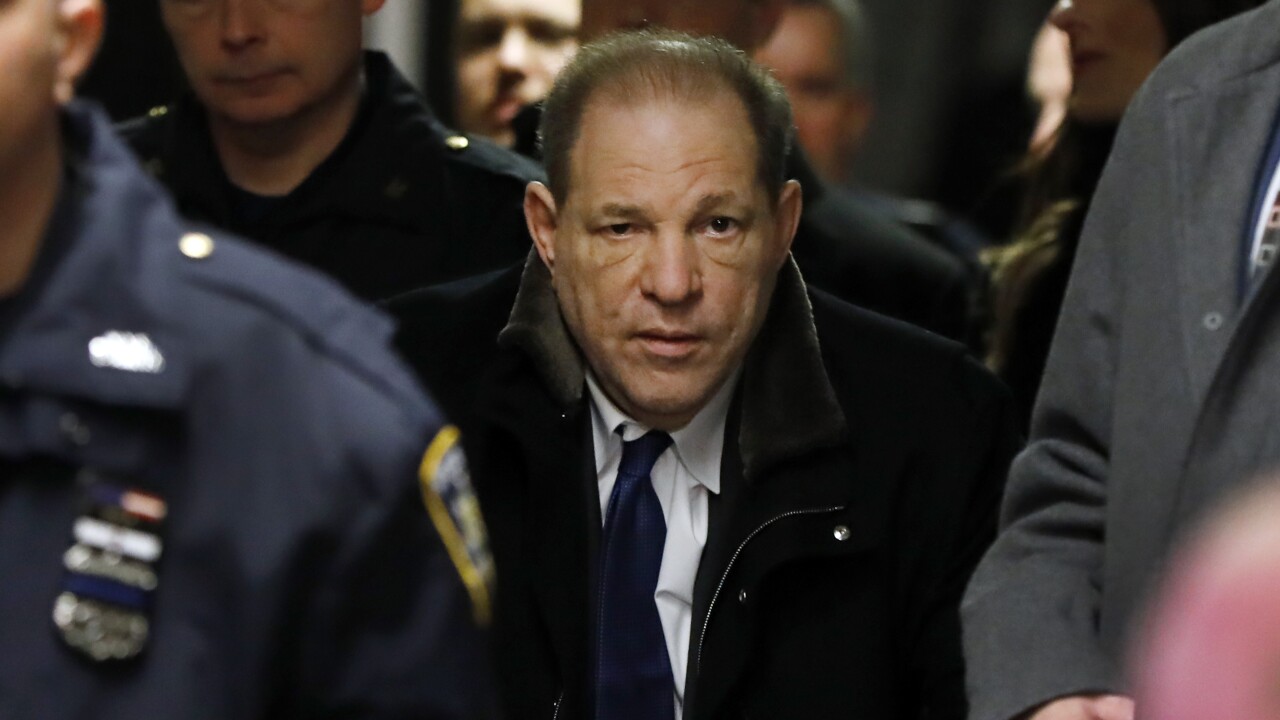 Convicted rapist Harvey Weinstein has been hospitalized hours after he was convicted on Monday on two sex crime counts while en route to Rikers Island, USA Today and CNN both reported.

Rotunno told USA Today that Weinstein is fine, but it's unknown when he'll be released from the hospital.

Weinstein is slated to be transferred to Rikers Island after receiving treatment at the hospital.

No other details have been released.

Weinstein will be sentenced on March 11.