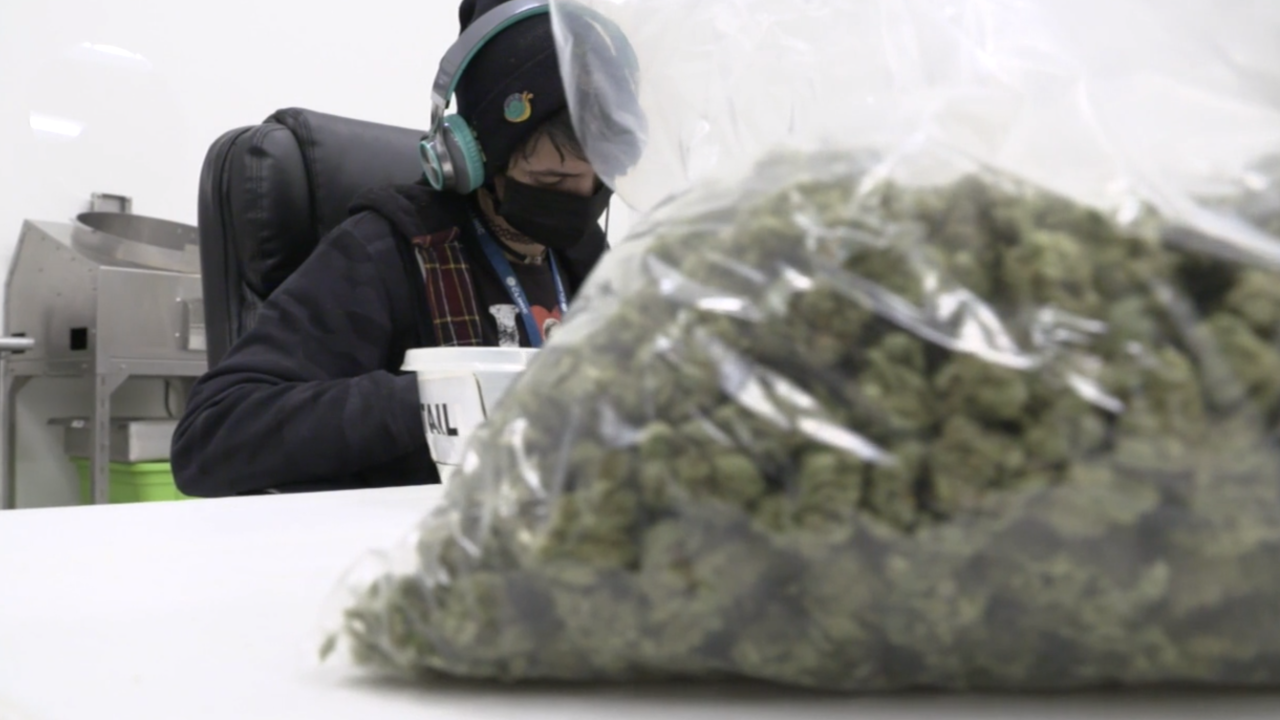 PUEBLO, Colo. -- Growing ganja is a science – a specialty where workers fine tune chemical formulas like CO2 to harvest plants packed with THC.

Helping lead this industry is Brian Cusworth, Director of Operations of The Clinic – a cannabis cultivation center in Denver.

“Every plant is taken care of on a daily basis to make sure it’s growing rapidly, growing healthy and clean,” he said.

Right now, The Clinic employees more than 85 workers specializing in everything from sales and security to distribution and trimming buds. Cusworth says workers in the weed business can make a lot of money tending to this cash crop

Despite the high pay, Cusworth says there’s a low amount of qualified people working in this budding industry.

“Across the country we’re going to need people with the technical skills to help propel the industry forward,” he said.

Legal cannabis now supports almost 250,000 full-time jobs in America – according to a recent jobs report from Leafly. That makes legal marijuana the fastest-growing industry in the country.

Now, this growing need for skilled marijuana workers should be better met.

“It’s important because the industry has been growing rather unchecked,” said David Lehmpuhl Ph.D., who is leading this program. “It’s kind of a wild west.”

Lehmpuhl has heard all the jokes about this being higher learning but he’s making it very clear this program isn’t about engineering a bong in your dorm room. It’s actually about studying marijuana at a molecular level

“This is not for budtenders. No. This is no how to increase your shatter to 97 percent. It is nothing like that,” he said. “This is a hardcore chemistry and a hardcore science degree.”

Despite the intense curriculum, there’s been an overwhelming response from prospective students.

Drea Meston is one student serious about studying cannabis science.

Her decision isn’t based on making money, rather making medical breakthroughs.

Meston’s husband has cancer and she believes that getting a degree in cannabis science could help him and others that are suffering.

“Because he was military he didn’t have access to any of the medical marijuana that could have potentially helped him because it’s not federally passed,” she said.

To make this program federally compliant, students and staff will be working with industrial hemp because marijuana still isn’t federally legal

Lehmpuhl says when it comes to cannabis science, the more you know, the more you can grow, and ultimately the more research on marijuana will be discovered.

Courses start in the fall of 2020 and CSU Pueblo is still accepting applications.