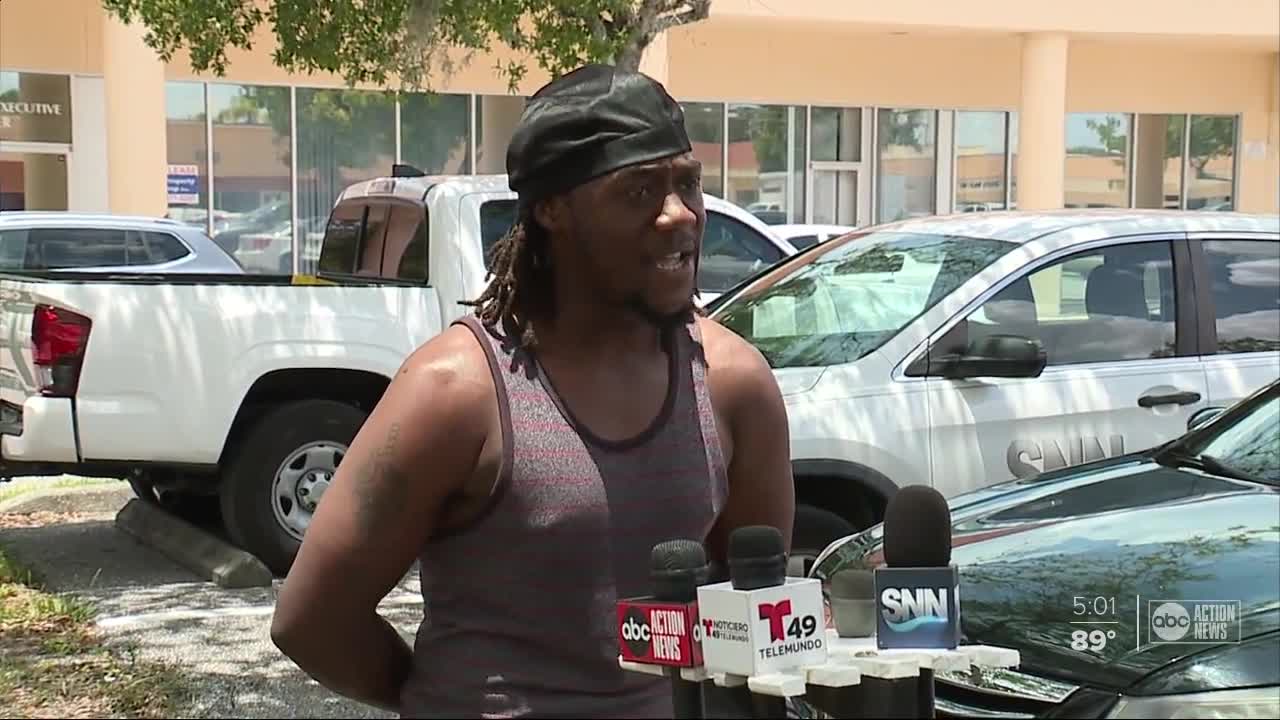 A mother is hoping the community reacts peacefully after a police officer kneeled on her son's neck during an arrest. 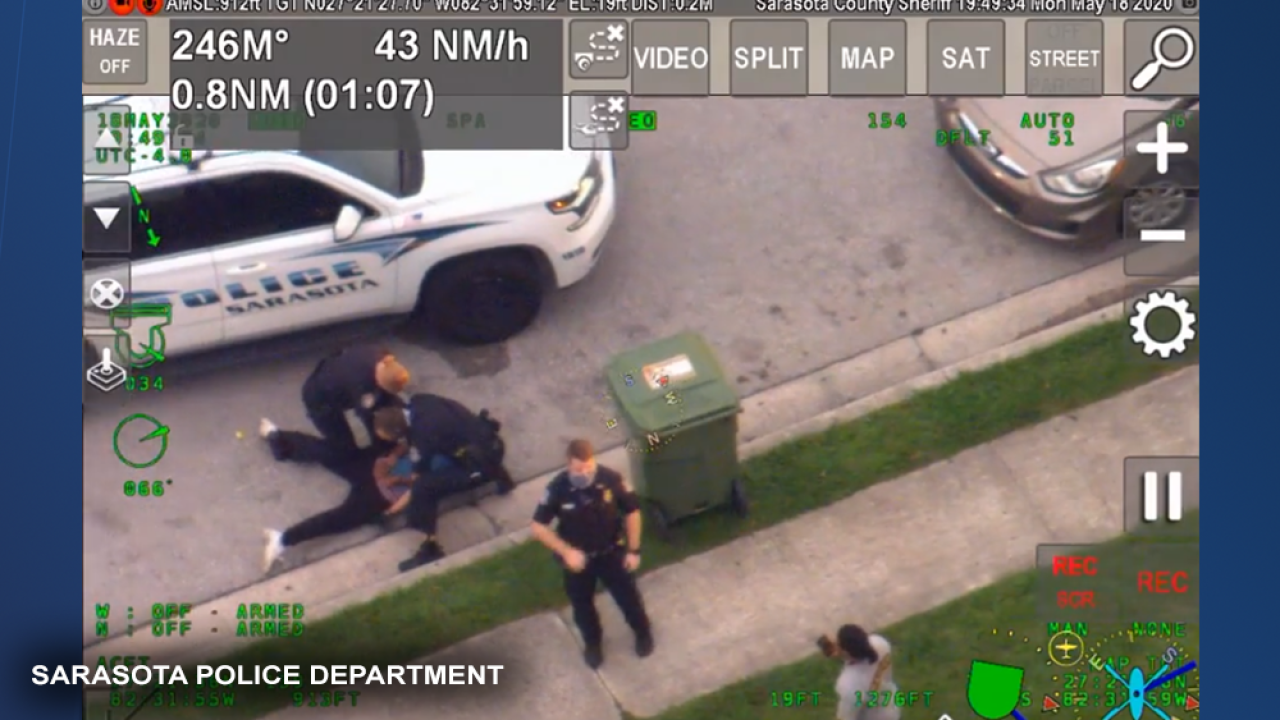 SARASOTA, Fla. — A Sarasota, Florida, police officer is at the center of an internal investigation after a video posted on social media showed him kneeling on a suspect's neck.

The video — which the Sarasota Police Department said was tagged by other users on social media after the incident happened on May 18 — happened after police said they were called to the area about a domestic issue. It shows two Sarasota police officers working to place 27-year-old Patrick Carroll in custody while a third officer watches nearby. One of the police officers had his knee on the neck Carroll.

"As I'm yelling and asking why I'm being detained, he's putting his knee on my neck," Carroll said.

Carroll says he suffers from asthma and scoliosis and was having trouble breathing.

"While he's saying I'm resisting, I'm just moving around so I can have circulation in my body and my throat," Carroll said.

Carroll was arrested on charges related to battery and domestic violence.

The cell phone video of the arrest was just posted to social media on Monday by Carroll's mother, Terria.

"I just want the Sarasota Police Department to know that I'm upset and I'm not going to stop until somebody has a reasonable explanation as to why he was detained in that manner," Terria Carroll said.

Sarasota police said there was no complaint to them about this incident when it happened in May, and were unaware of what had happened until they were tagged in the video on Facebook on Monday.

The police department said as soon as the police chief saw the video, the officer was placed on administrative leave, and an investigation was opened.

The sheriff's office also released an aerial video that they captured of the entire arrest.

"We are bound and determined to do everything we can to rebuild the relationships as to what's going on in our community," Robinson said.

Carroll's family says they don't want people to respond to the video with violence, but with peaceful protest to advocate for change.

"If we're yelling, they can't hear us, but if we meet them at belt level, we've got some loops, and we can connect," Terria Carroll said.

Sarasota Police Department's investigation against its officer comes just days after a Minneapolis police officer was charged with third-degree murder after George Floyd, an unarmed black man, died while in police custody.

Like the Sarasota incident, the Minneapolis police officer, later identified as Derek Chauvin, was also seen kneeling on the suspect's neck.
Floyd's death sparked protests and unrest nationwide, including the Tampa Bay area. The controversy in Minneapolis also opened up conversations about race and police brutality.

This story was originally published by WFTS in Tampa.