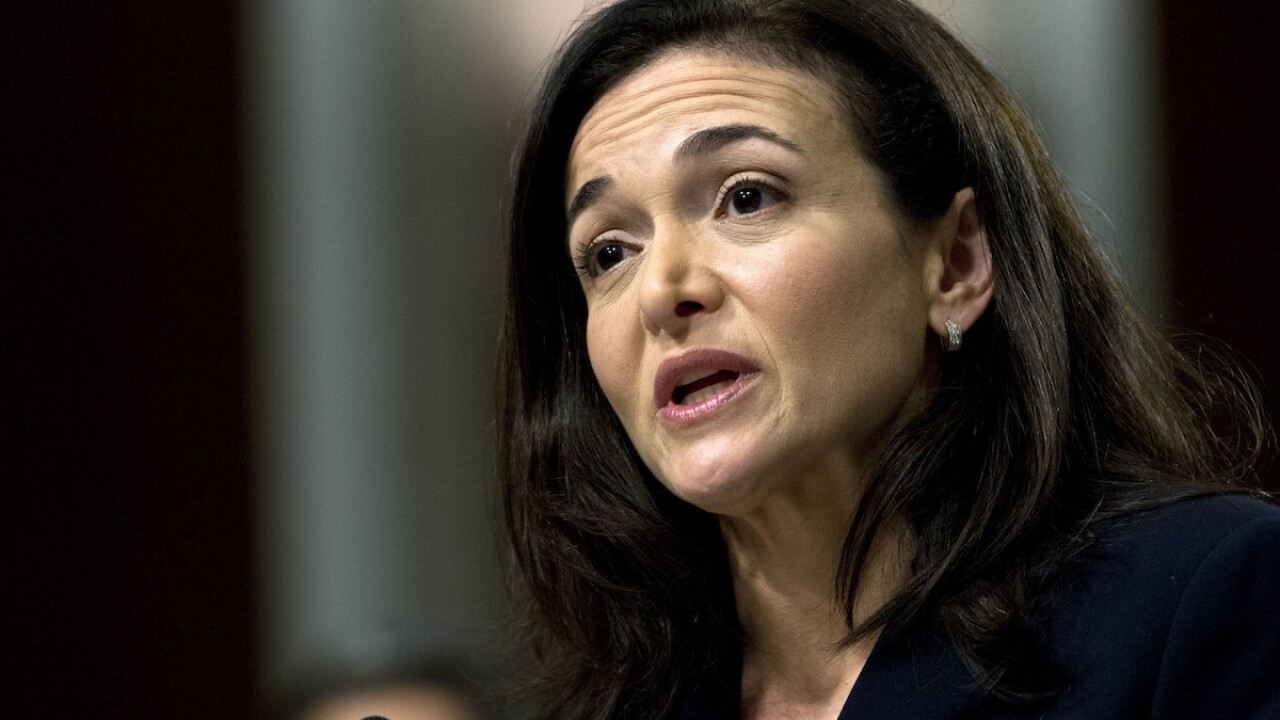 Copyright 2018 The Associated Press. All rights reserved
Jose Luis Magana/AP
FILE- In this Sept. 5, 2018, file photo, Facebook COO Sheryl Sandberg testifies before the Senate Intelligence Committee hearing on "Foreign Influence Operations and Their Use of Social Media Platforms," on Capitol Hill in Washington. Sandberg and Facebook CEO Mark Zuckerberg met with civil rights leaders Tuesday, July 7, 2020, including the organizers of a widespread advertising boycott of the social network over hate speech on its platform, in an effort to convince critics that it is doing everything it can to rid its service of hate, abuse and misinformation. (AP Photo/Jose Luis Magana, File)

A two-year audit of Facebook's civil rights record found "serious setbacks" that have marred the social network's progress on matters such as hate speech, misinformation, and bias.

The audit's leader, former American Civil Liberties Union executive Laura Murphy, was hired by Facebook in May 2018 to assess its performance on vital social issues.

The final, 100-page report released Wednesday outlines a "seesaw of progress and setbacks" on everything from bias in Facebook's algorithms to content moderation, advertising practices, and voter suppression.

"The purpose of this Audit has always been to ensure that Facebook makes real and lasting progress on civil rights, and we do believe what’s listed below illustrates progress," Murphy said in the audit. "Facebook is in a different place than it was two years ago — some teams of employees are asking questions about civil rights issues and implications before launching policies and products. But as I’ve said throughout this process, this progress represents a start, not a destination. While the audit process has been meaningful and has led to some significant improvements in the platform, we have also watched the company make painful decisions over the last nine months with real-world consequences that are serious setbacks for civil rights."

In a news release, Chief Operating Officer Sheryl Sandberg said that the release of the audit couldn't have come at a more important time.

"Facebook stands firmly against hate," Sandberg said in the release. "Being a platform where everyone can make their voice heard is core to our mission, but that doesn’t mean it’s acceptable for people to spread hate. It’s not. We have clear policies against hate — and we strive constantly to get better and faster at enforcing them. We have made real progress over the years, but this work is never finished and we know what a big responsibility Facebook has to get better at finding and removing hateful content."

The audit's recommendations are not binding.