El Chapo will likely be kept in the prison that houses the 'Unabomber,' Boston Marathon bomber 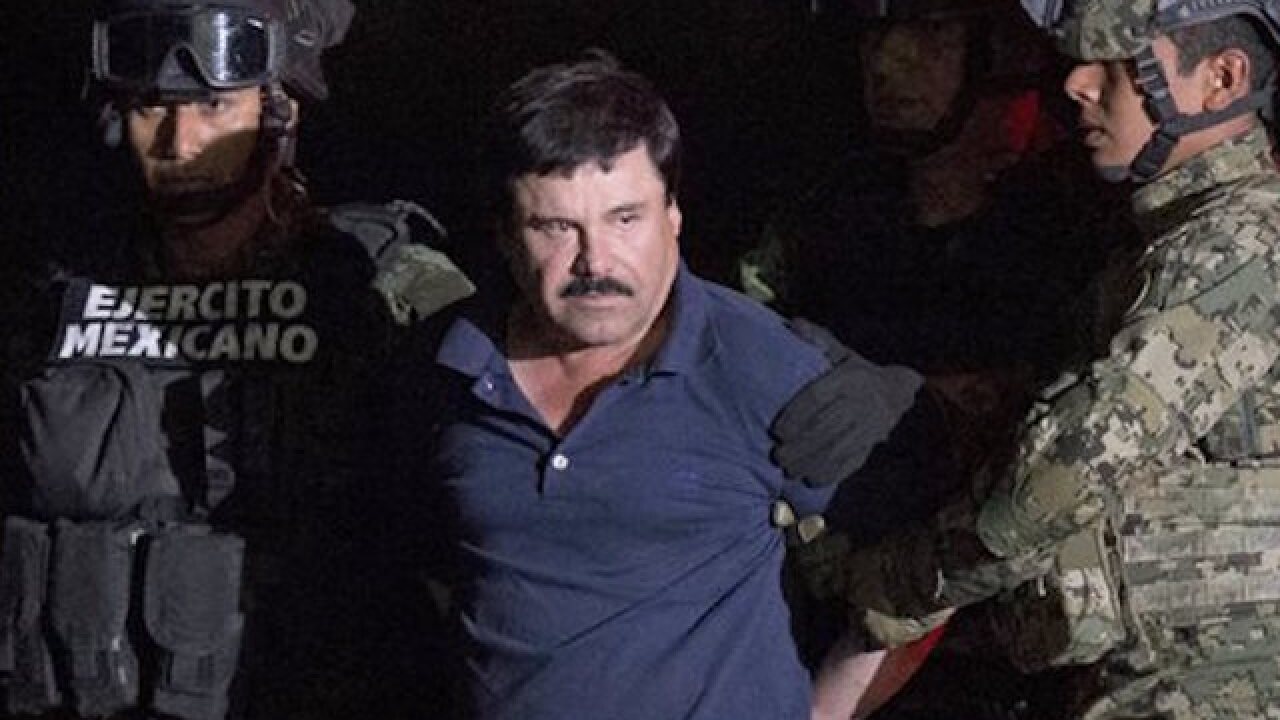 That means Guzman, infamous for escaping prison twice in Mexico, will likely be spending the rest of his days at Colorado's Supermax prison. The maximum-security facility, known officially as the USP Florence ADMAX, sits about 100 miles south of Denver in Fremont County and is widely regarded as the toughest federal prison in the country. The Supermax holds 376 male inmates, a collection of some of the most notorious criminals in the world.

Here are several others who El Chapo will be joining in prison.

Nichols is serving life in prison for co-conspiring with Timothy McVeigh in the 1995 bombing of federal building in Oklahoma City, which killed 168 people. McVeigh was sentenced to death and executed in 2001.

MCALESTER, OK - JUNE 11: Convicted murderer Terry Nichols is escorted out of the Pittsburg County Courthouse after a state jury deadlocked on a life or death sentence for his state convictions June 11, 2004 in McAlester, Oklahoma. Nichols was found guilty of all 161 counts of first degree murder in the bombing of the Alfred P. Murrah Federal Building April 19, 1995 in Oklahoma City, Oklahoma, Nichols faces life in prison or life in prison without parole to be handed out by Judge Taylor. (Photo by Larry W. Smith/Getty Images)

The French-born Moussaoui is serving life in prison for his role in planning the terrorist attacks on Sept. 11, 2001. Moussaoui in 2005 pleaded guilty to six counts of conspiracy in the attacks.

Kaczynski, known as the "Unabomber," carried out 16 mail bombings over 17 years, from 1978 to 1995. Three people died in the blasts and 23 others were injured. Kaczynski, now 77, was arrested in 1996 and later pleaded guilty to the killings. He is serving life.

Tsarnaev, who bombed the finish line of the Boston Marathon in 2013, killing three and injuring many others, was sentenced to death. Federal death penalties are carried out at a facility in Terre Haute, Ind., but Tsarnaev's execution date hasn't been set, and he's being held at the Supermax.

Hoover, a Chicago gang leader, was sentenced to life in prison after his 1997 conviction on dozens of counts of conspiracy for trafficking drugs. Hoover was already serving a murder sentence when he was charged with directing gang activity and drug sales from prison, prosecutors said.

Richard Reid, known as the "shoe bomber," boarded a U.S.-bound flight in 2002 with an explosive hidden in his shoe. He tried to detonate the bomb but was restrained and arrested when the flight landed in Boston. Reid, who pleaded guilty in the attempted bombing, is serving life in prison.

Yousef pleaded guilty in the 1993 World Trade Center bombing, which resulted in the deaths of six people and hundreds of injuries. He is serving life in prison.

This story was originally published by Ryan Osborne on KMGH in Denver.