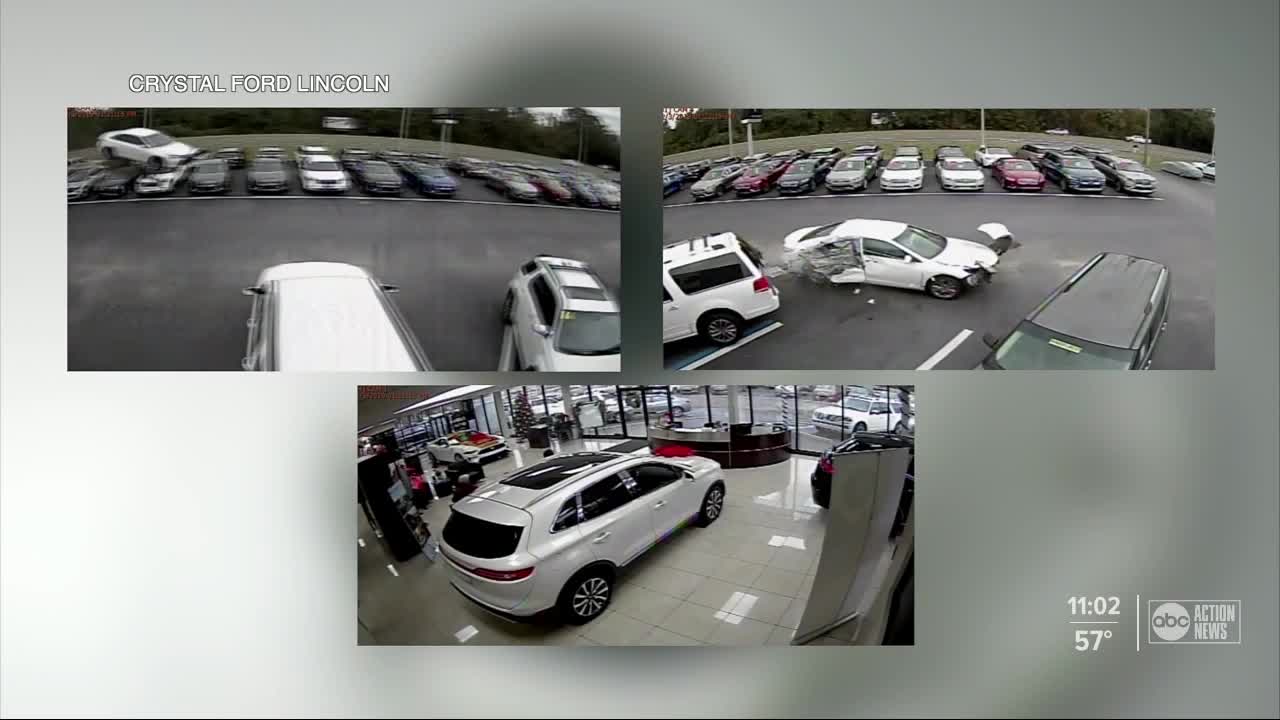 A driver received medical attention after hitting an embankment and flying through the air into a car dealership parking lot. 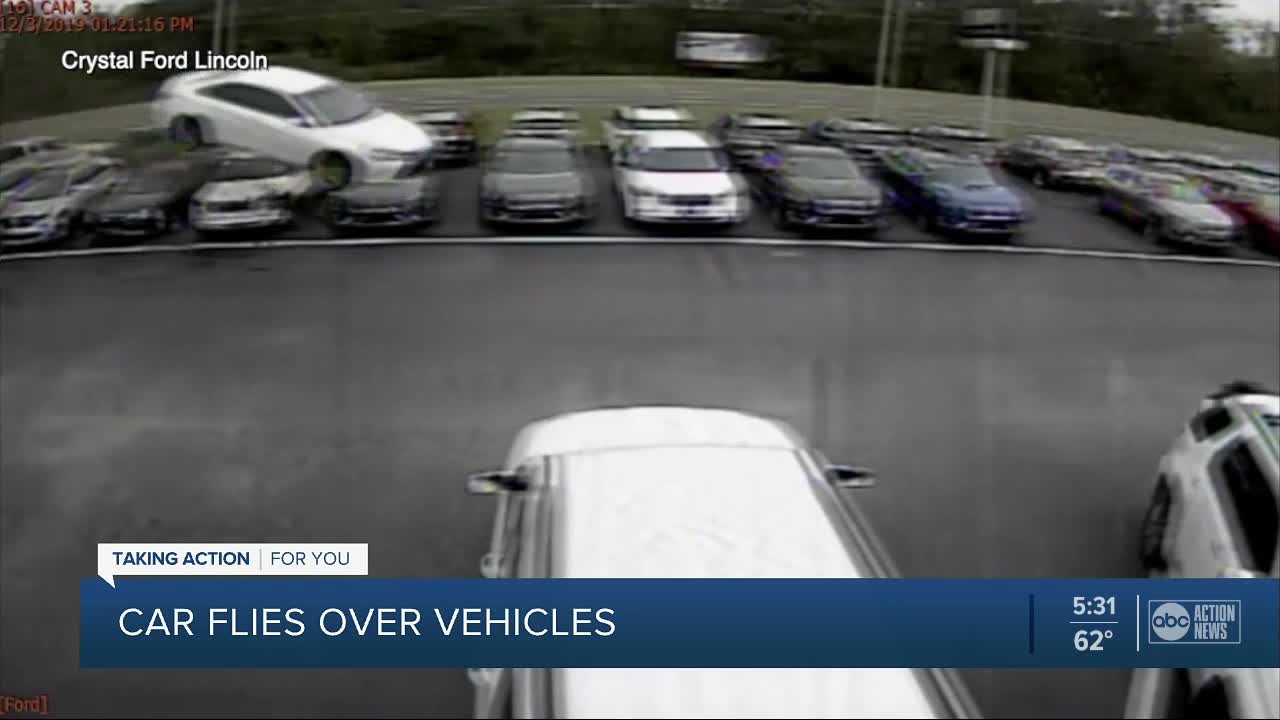 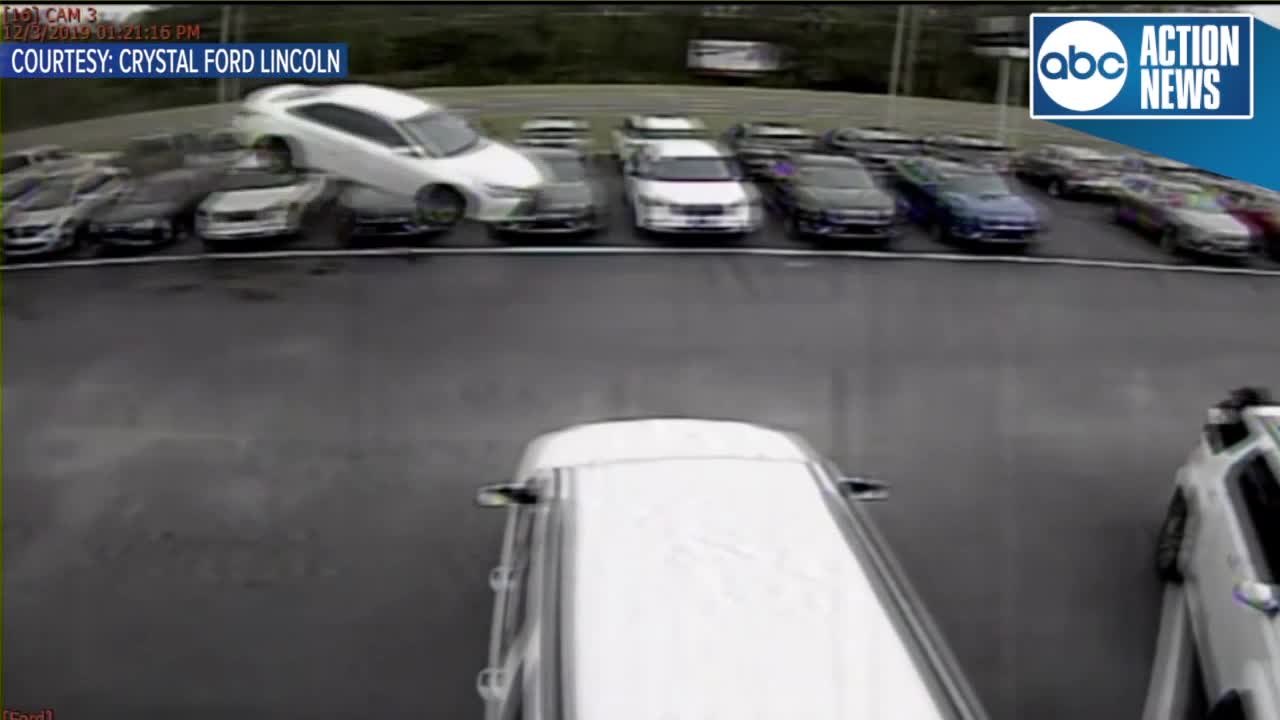 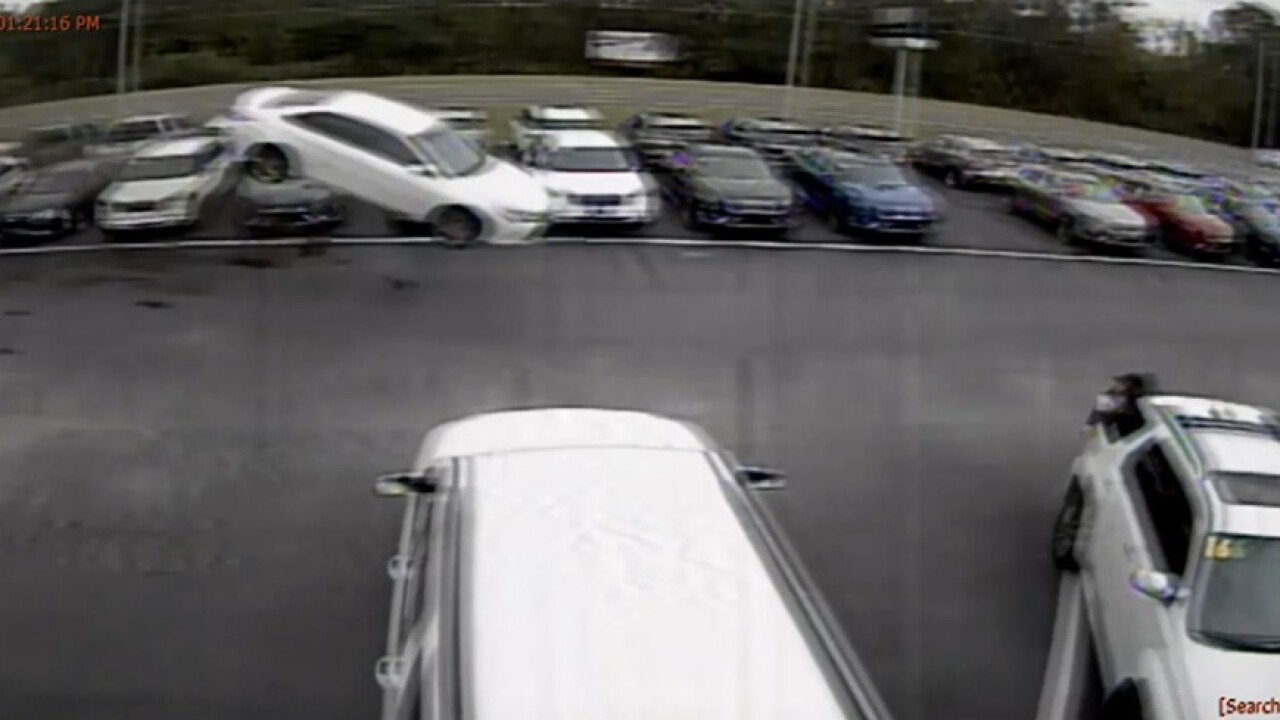 CITRUS COUNTY, Fla. — A driver received medical attention after hitting an embankment and flying through the air into a car dealership parking lot.

The driver became dizzy while driving, and after traveling 497 feet, the vehicle hit an embankment causing the vehicle to fly 139 feet through the air landing in a car dealership.

The Citrus County Sheriff's Office said the incident happened around 1:30 p.m. on Tuesday.

The car had enough lift and speed to clear 12 cars before crashing into the pavement.

"You really can't comprehend what's happening because it was so bizarre," said David Jones, a salesman at Crystal Ford Lincoln.

He was standing at the front entrance of the dealership near the Lincoln Navigator that was hit.

"You are looking at the under body of a car as it's driving past you. I watched the video of it I can't even tell you how many times just thinking of it again and again that that was it. I'd hate for that to be the way to go," said Jones.

The vehicle landed in the Crystal Ford Lincoln parking lot, hitting a total of four cars. One was a Lincoln Navigator that was just traded.

The driver received medical treatment, but no one else was injured.

This story was originally published by staff at WFTS.