‘Memorial May’ to honor the fallen goes virtual amid pandemic

Memorial May to honor the fallen goes virtual amongst pandemic 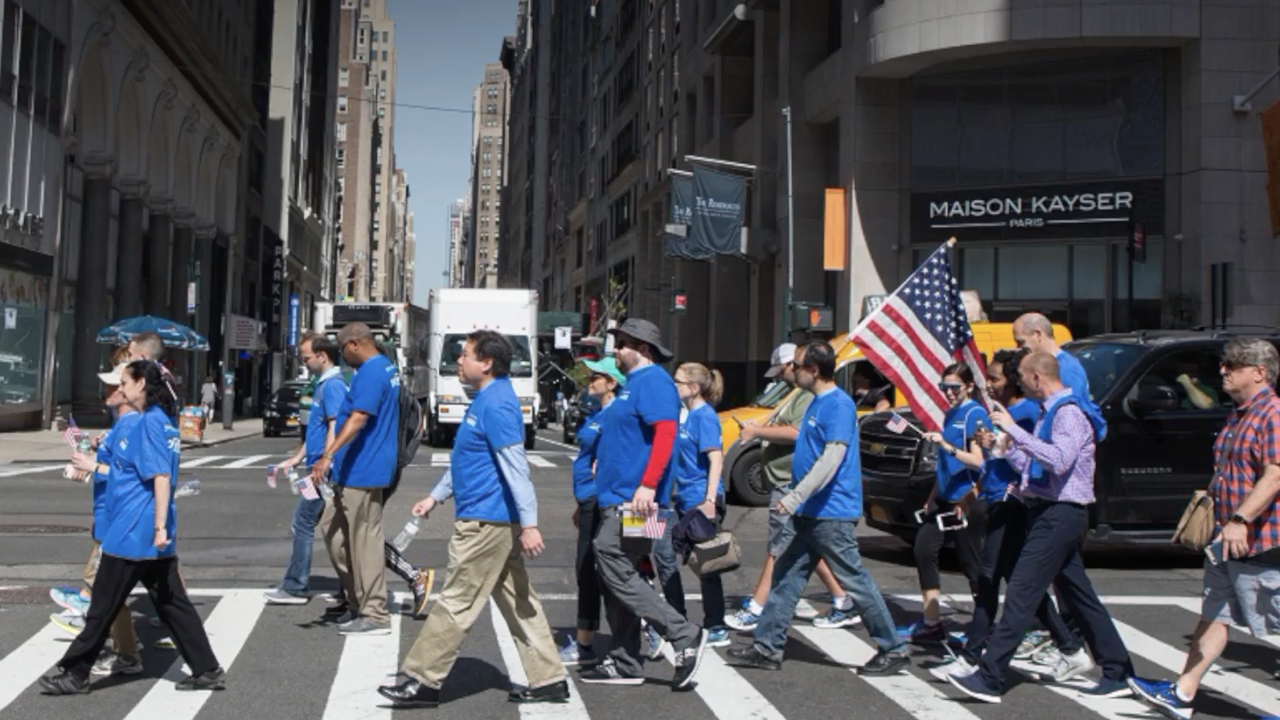 An effort to remind America about the "true" meaning of Memorial Day has no choice but to take it's month-long tribute known as "Memorial May" to the internet. Organizers of Carry The Load say despite the pandemic, their effort is stronger and more meaningful than ever.

In years past, there would be a national relay and rallies all over the country. Carry the Load’s co-founder, president & CEO Stephen Holley served as an officer with the U.S. Navy SEAL Team 5. After four deployments, and a transition back into normalcy, Holley realized something about Memorial Day that made him angry.

"It had become just another three-day weekend to kick off the summer,” he said.

Some 10 years later, he has turned that anger into a huge event to learn about others who paid the ultimate sacrifice. To share stories. To support. There are now four national relays covering thousands of miles. Many participants wear a rucksack, signifying the meaning of “carry the load.”

“Whether you’re carrying the memory of fallen friends, every one of us is carrying something, mentally, physically, psychologically,” Holley said.

Carry The Load has raised more than $25 million dollars since 2011.

Holley explained 45 different nonprofits directly benefit from the fundraising. One of those organizations is 22 Kill, whose mission is to raise awareness and combat suicide among veterans, and now during the novel coronavirus pandemic, front-line workers.

“Suicide is just the word, until it affects you personally,” said Jacob Schick , a third-generation marine and CEO of 22 Kill.

Schick has been through a lot.

“By a triple stack tank mine, which was ignited directly at my vehicle, blew me 30 feet out of the vehicle,” he recalled. “I landed on my head. I never lost consciousness, never went into shock. Remembered everything. Took the Blackhawk 42 minutes to come and get me.”

He's since lost 31 friends to suicide. One of them recently.

Schick’s mental wellness organization is supported by Carry The Load. While he's unsure about how funding will look this year, he believes in the mission behind Memorial May.

“I truly believe that people have the ability to come together and help more so than they otherwise would,” he said. “It’s a way to alleviate their own anxiety and their own angst about their current situation.”

If there weren't a pandemic, he'd be out participating in Memorial May. As would Mark Elliott who handles military and veterans affairs for JP Morgan Chase .

"You see the energy rising and you’d see us walk down Fifth Avenue to Ground Zero, and then, we’d have a memorial down there and share stories and celebrate the moment,” Elliott described.

But all of that will be virtual now. There may not be physical rallies across America, but the pandemic can't strip their momentum.

“We are posting a hero of the day every day on carrytheload.org and across social media,” Holley said of this year’s efforts. “And the participation is what people want it to be--about them sharing their stories continuing to walk, continuing to keep the service and sacrifice and loved ones alive.”

For those who have served and are serving, Memorial Day isn't just a weekend to kick off summer; it's a reminder that freedom isn't free and you will always have a community of support to help carry your load.