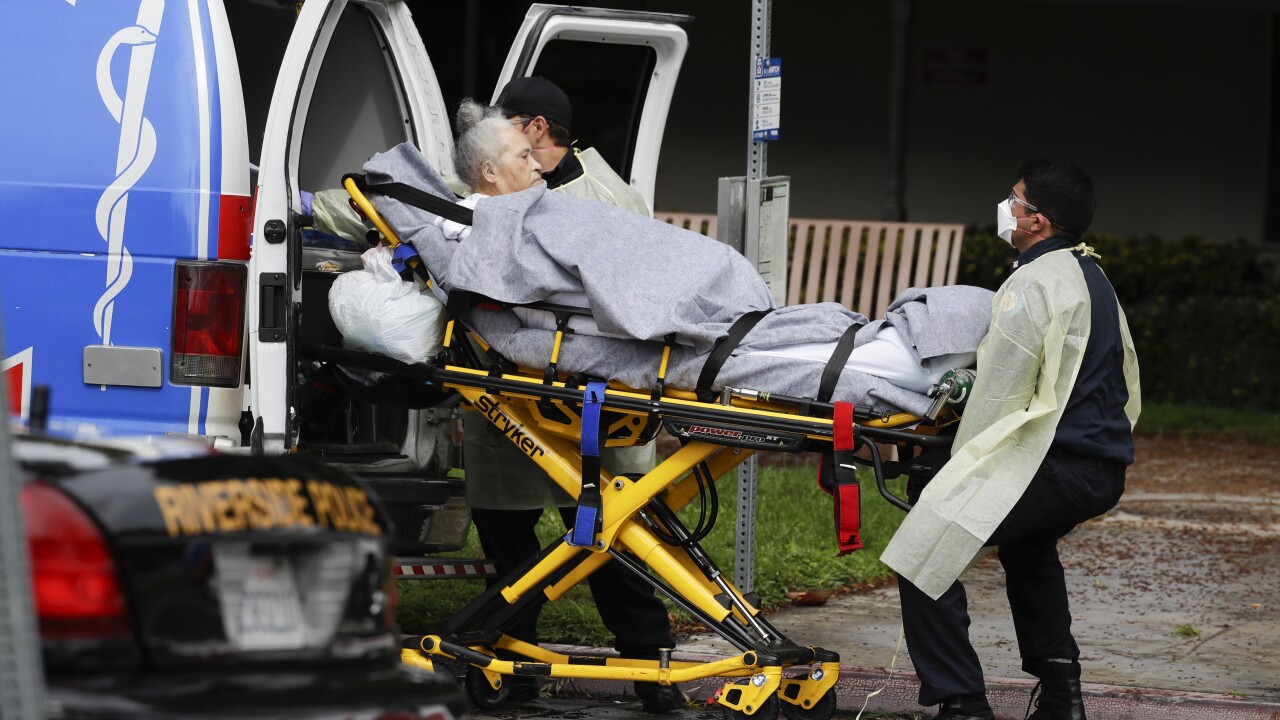 Copyright 2020 The Associated Press. All rights reserved
Chris Carlson/AP
FILE - This April 8, 2020, file photo shows a patient being evacuated from the Magnolia Rehabilitation and Nursing Center in Riverside, Calif. California will help skilled nursing facilities wracked by the new virus by providing additional bed space for their patients on a Navy hospital ship and shipping masks and gloves for their workers, the governor said Friday, April 10. (AP Photo/Chris Carlson, File)

NEW YORK (AP) — Federal health officials are coming under increasing pressure to start publicly tracking coronavirus infections and deaths in nursing homes amid criticism they have not been transparent enough in responding to an explosion of outbreaks.

Public health experts say the lack of transparency has been a major blindspot, and that publicizing outbreaks could help officials see whether safety measures are working and identify recurring issues that are fueling the spread.

Because the federal government has not been releasing a count of its own, The Associated Press has been keeping its own tally. The latest count shows more than 4,400 deaths.