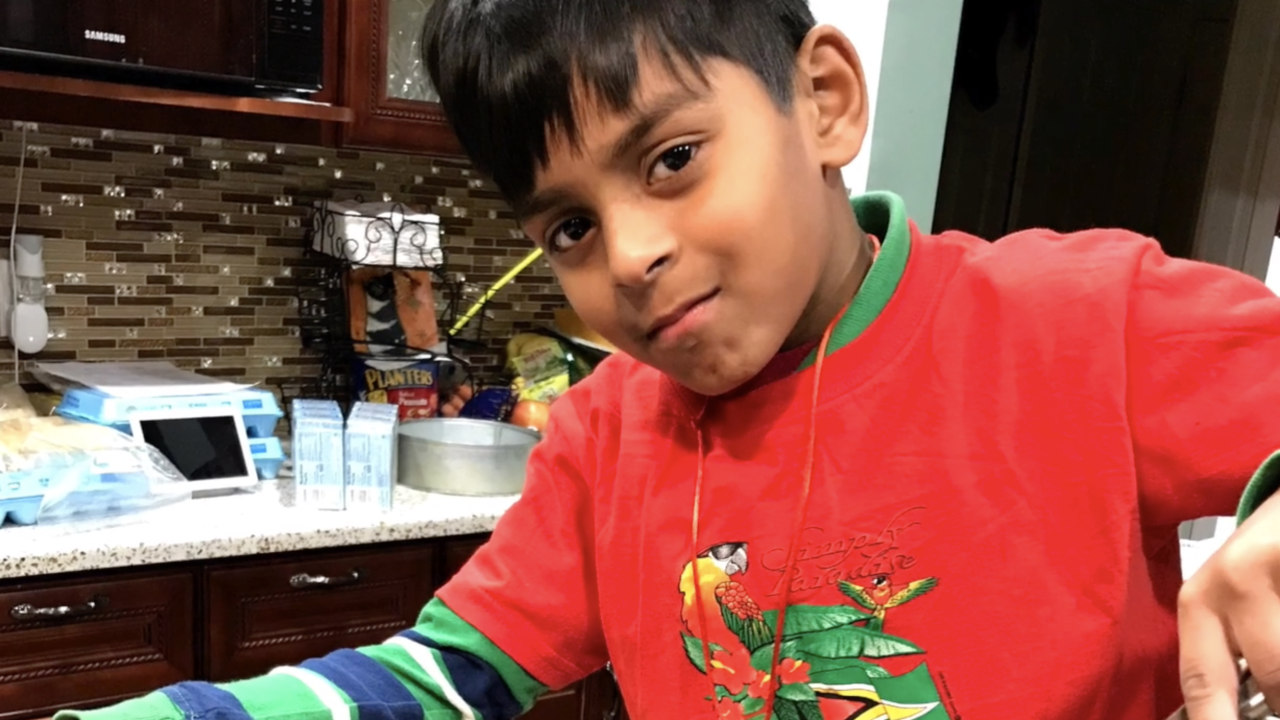 It was a horrifying experience for one New York family as they watched their young son go into cardiac arrest with no idea why. Doctors later discovered his near-death experience was a reaction to the novel coronavirus.

Roup Hardowar said his 8-year-old son, Jayden, had been suffering from a fever for several days. His pediatrician was confident he did not have COVID-19, so Hardowar and his wife cared for Jayden with over-the-counter medications at home.

As the days progressed, the boy’s fever started subsiding, but he developed gastrointestinal issues, like diarrhea, and stopped eating. After multiple days of stomach pain, Hardowar said his son’s health took a dramatic turn.

“He called mommy,' he turned to the side and he never responded back,” Hardowar said of his young son.

Jayden was lying in his bed and Hardowar’s wife called 911 as she watched his face turn pale.

"I was there shaking Jayden, saying ‘Jayden, Jayden, come on, wake up, come on Jayden!’” said Hardowar, of the frantic moment his family jumped into action.

“His pulse and his heart rate came back,” said Hardowar.

The 2nd-grader was put on a ventilator for three days as doctors tried to figure out what caused his cardiac arrest. After four negative COVID-19 tests, the fifth test said Jayden tested positive for antibodies of the virus.

Yet, Jayden’s case was bizarre. He had a fever, but no other symptoms of the virus. His entire family tested negative as well.

“It wasn’t something we thought would have come in our home,” said Hardowar.

The boy's doctor said the 8-year-old’s reaction is part of a growing new trend in young people who have COVID-19.

“It does seem to be a post infectious inflammatory response, where it’s a response to a previous infection that leads to an overactive system,” said Dr. James Schneider of Cohen Children’s Medical Center.

Doctors across the country said they’re seeing both children and teens’ immune systems working hard, long after the virus is no longer a threat, which can inflame parts of the body.

“Some kids have very direct effects on the heart for this inflammatory process, so it can lead to profound heart dysfunction…to cardiac arrest,” said Dr. Schneider.

For 13 days, Jayden was in the hospital fighting a fever and inflammation. Now, the young Cub Scout is home, slowly recovering and eager to get back to his favorite hobby: rock collecting.

For his father, this shocking diagnosis was an emotional lesson.

“The virus is not just for older people, it’s in kids. You might think you have a strong kid at home, which we think we did, but this virus will tell you there are underlying things you should look at,” said Hardowar.

Experts want to remind parents that this reaction is rare, there are successful treatments available, and time does matter, says Dr. Schneider.

For the CDC’s latest information on this emerging syndrome, click HERE.