Bugatti is making only 10 of these $9 million supercars 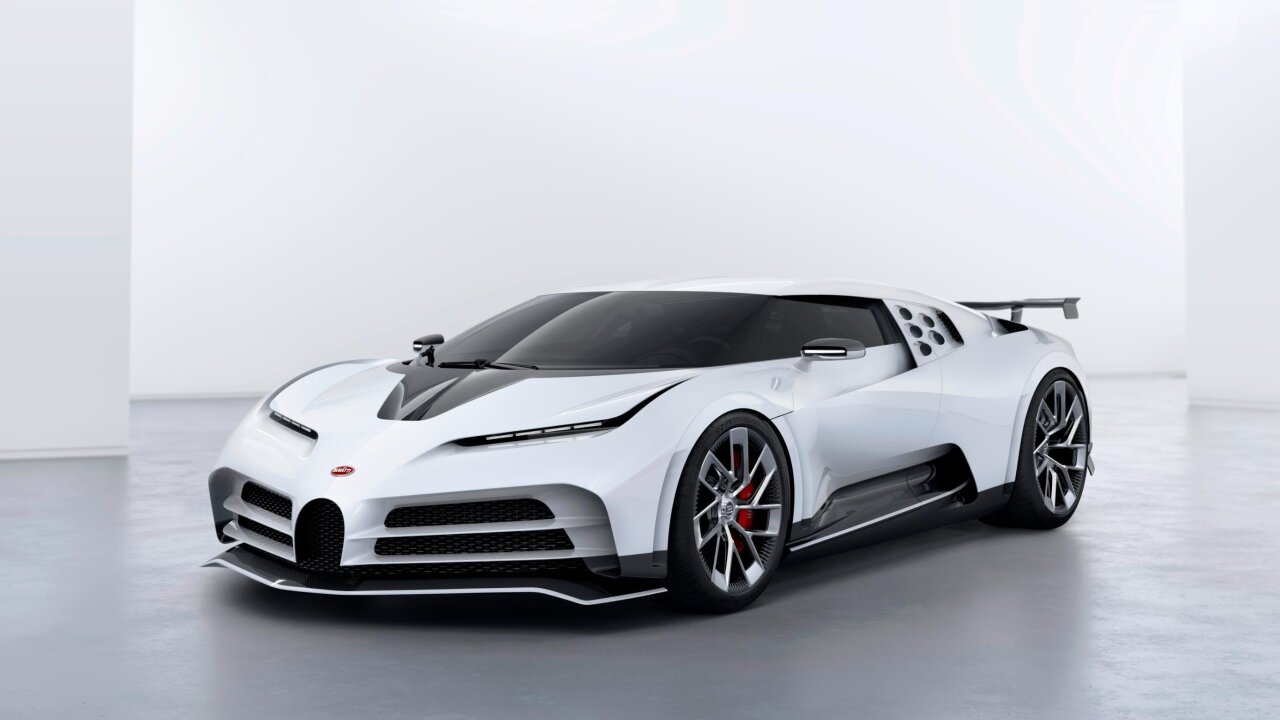 Bugatti unveiled its latest limited-edition model at a classic car show in California Friday. The Bugatti Centodieci will cost $9 million and only 10 will be made.

This car is an homage to the Bugatti EB110 supercar of the early 1990s. Centodieci means 110 in Italian. The EB110 was built in Northern Italy's "Motor Valley," not far from where Lamborghini, Ferrari and Maseratis are made. It was an attempt to revive the Bugatti brand, which had been dormant since the 1950s. The Centodieci's design recalls the EB110s low, aggressive appearance.

That business ultimately failed, but the automobile it created is still regarded as one of the greatest supercars ever made. The prototype for the EB110 was designed by Carlo Gandini, the same man who designed the Lamborghini Countach. The final production versions of the car were designed by Giampaolo Benedini, who was also an avid racing driver.

Volkswagen Group purchased the Bugatti brand name in 1998 and built its modern production facility at Bugatti's ancestral home in Molsheim, France. With the backing of one of the world's largest automakers, Bugatti now makes fast cars for the extremely wealthy, much as it did in the first decades of the 20th century.

Until recently, the modern Bugatti factory produced only one car model at a time. The Veryon was offered from 2005 to 2015, with various changes and improvements made throughout its life. Then the Chiron entered production in 2016. Both cars were designed to be astonishingly fast but comfortable and easy to drive, thanks to massive turbocharged 16-cylinder engines mounted behind the two seats. When it was first introduced, the Bugatti Veyron cost about $1.5 million. The Bugatti Chiron costs more than $3 million.

The Centodieci is Bugatti's latest attempt at branching out. During last year's Monterey car week, a series of automotive events leading up to the annual Pebble Beach Concours d'Elegance in August, Bugatti unveiled the Divo. It started at almost $6 million and, Bugatti promised, only 40 would be made.

Then, at the Geneva Motor Show last March, Bugatti unveiled another special car of which only one would be made. At almost $19 million, including taxes, Bugatti claimed that La Voiture Noire was the most expensive new car ever sold. Much of that car's value stemmed from its extraordinary exclusivity being that the owner, whose name was never revealed, will have the only one.

All three of these new Bugatti models are substantially similar, in terms of their underlying engineering, to the Chiron. All have Bugatti's turbocharged 16-cylinder engine although, in the Centodieci, it's specially tuned to produce up to 1,600 horsepower, 100 more than the Chiron. This car is also slightly lighter than the Chiron. It can go from a full stop to 60 miles an hour in just 2.4 seconds. But its top speed is limited to 236 miles an hour, which is lower than the Chiron's.

The body of the Centodieci is designed to be reminiscent of the low, wide stance and wedge-like shape of the EB110.

"Transporting this classic look into the new millennium without copying it was technically complex, to say the least," said Bugatti designer Achim Anscheidt.

The Centodieci's horizontal headlamps set into the hood mimic those of the EB110, but they're narrower and more aggressive thanks to modern LED technology. Instead of the Chiron's swooping C-shaped lines around the big side vents, the Centodieci has openings with straight edges and a cluster of round holes. The Centodieci also has a permanently raised rear wing, unlike the Chiron's wing, which can be lowered so that it lays against the car's body. Both those features -- the vent holes and raised rear wing -- were drawn from the Bugatti EB110 SS, a very high performance version of that car.

All 10 of the supercars have already been pre-sold. Customers were able to order their Centodieci in, literally, any color they like.