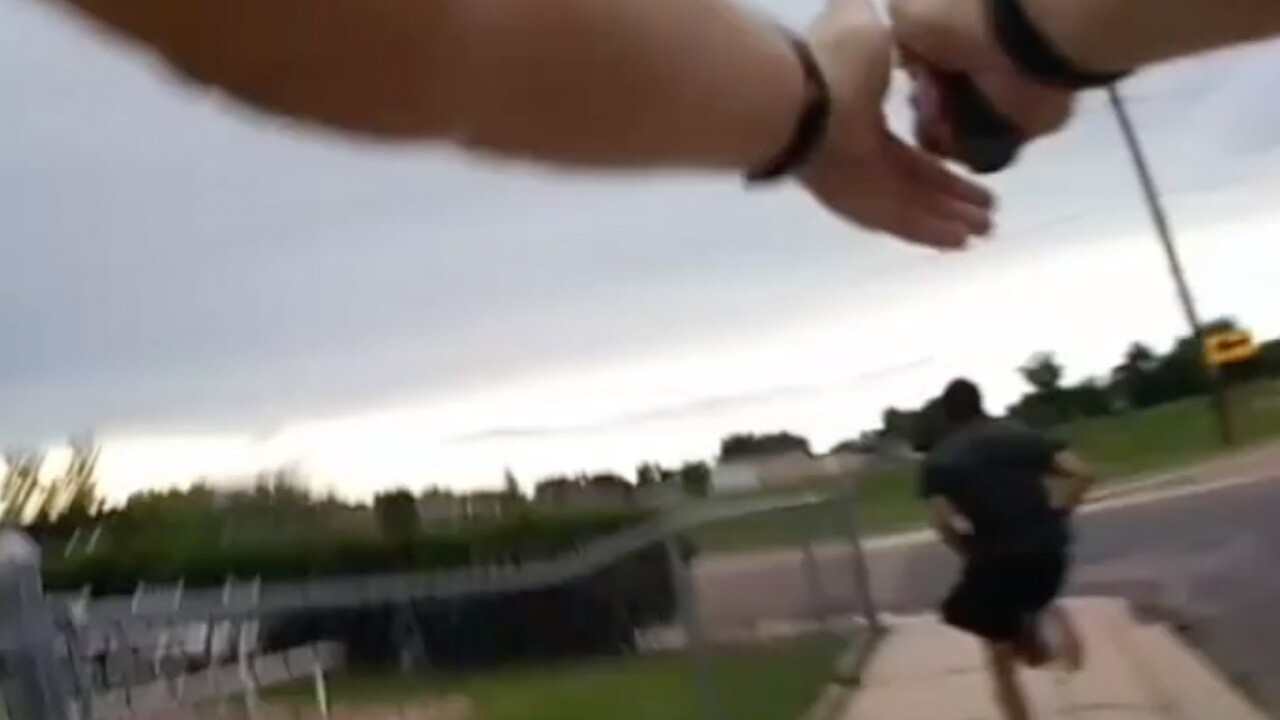 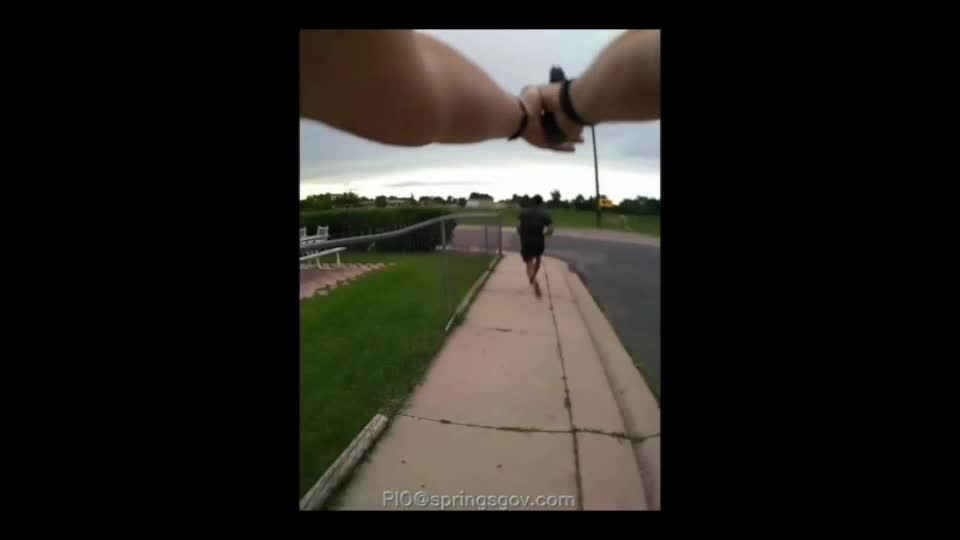 Police claim Bailey and another man were suspects in a robbery that happened minutes earlier Aug. 3 and that Bailey had a weapon. Video showed police grabbing something from between Bailey's legs, but the footage does not clearly show what it was. Authorities have said officers recovered a weapon at the scene.

One officer told the two of them to not reach for their waist and that they would check to make sure they didn't have a weapon. As another officer walked up behind Bailey, the teen took off running to his right. The officer with the bodycam chased Bailey and pulled out his weapon, yelling, "Hands up! Hands up!" The officers then fired at least eights shots at Bailey, striking him in the lower back.

Bailey fell to the ground and an officer again yelled, "Hands up! Hands up!" Bailey lifted one hand and then fell back to the ground. The officers immediately called for a medical kit and began tending to Bailey's wound.

As the officers searched Bailey's body, they found "something between his legs," Evenson said on the video. Both officers then said the item was a gun, but it was unclear on the footage what the officers found.

Watch the edited video of the shooting:

Police claimed Bailey reached for a firearm before he ran from police and was shot.

Colorado Springs police said they confronted Bailey, who they believed was a robbery suspect, around 6:45 p.m. on Aug. 3 along the 2400 block of E. Fountain Boulevard. A man had reported that two black men who claimed to have guns had robbed him nearby. One suspect pulled out a gun, the man told 911, and he was nicknamed "Spazz" and was skinny with a "light afro." The other suspect was heavier set and did not pull out a gun, the man told 911. Both suspects were described as about 18 or 19 years old.

Bailey was taken to an area hospital, where he died. The El Paso County Coroner identified him Aug. 6. The 4th Judicial District Attorney's office was still reviewing the shooting Thursday.

Van't Land has been employed by the Colorado Springs Police Department since 2008. Evenson has worked for the department since 2012. Both were placed on administrative leave pending the outcome of the investigation.

Attorneys for Bailey family: Shooting was an 'execution'

Bailey's shooting death has sparked protests from the community.

Bailey’s family claims that he didn’t have a weapon on him at the time. They, along with protesters , gathered in front of the Colorado Springs City Hall and the Police Operations Center on Aug. 5 to demand answers regarding the shooting.

The family's attorneys, Darold Killmer and Mari Newman, released a statement on the body camera video Thursday, saying state and federal law "prohibit a law enforcement officer from shooting and killing a fleeing suspect unless the officers has probable cause to believe the suspect is imminently about to cause death or serious bodily injury to the officer or a 3rd party."

“In this case, there’s no evidence that De’Von was about to hurt anybody," Killmer said at a news conference Thursday afternoon. "The evidence is to the contrary. He was trying to flee the situation and to get away from any official apprehension or arrest or anything of that nature. The fact that there are other people around does not meet the legal standard of imminent risk of death or serious bodily injury, and if that’s how the evidence plays out in this case, then, in fact, this is unconstitutional and an illegal shooting. It’s excessive force under the constitution.”

Newman said the legal team has spoken about the video with "multiple, independent third-party witnesses," including active military members, who said the shooting of Bailey as he ran from police was not justified.

"And so what we heard from the people who were perceiving it in the moment — making the same split-second observations — is that they believed that it was an outrageous and unjustified use of excessive force, an execution of a man who was running away," Newman said.

Killmer said the police claim that Bailey was reaching for a gun was not supported by evidence.

"So could somebody have seen that Mr. Bailey, when he was actually holding his basketball shorts up, was going for a weapon?" Killmer said. "I suppose that’s conceivable. The question is was it reasonable — did he have evidence to believe — that there was a gun that was going to cause death or serious bodily injury imminently. And we think there wasn’t such evidence."

In the days before that video was released, Bailey’s family called for an independent probe of the case and the release of the footage. In a news release, the family’s attorneys said there are many conflicts of interest between the investigating agency (the El Paso County Sheriff’s Office) and the agency being investigated (the Colorado Springs Police Department) and the district attorney’s office.

Watch the unedited video of the shooting:

The moments before the shooting

The bodycam video released by police on Thursday included a transcript of the officers' interactions with Bailey and the other man in the moments before the shooting.

Van't Land told the men that police were contacted about a "possible assault that occurred."

Van't Land then asked Bailey if he went by "Spazz," the nickname given by the man who called 911. Bailey told the officer no, and then the officer asked him to put his hands up.

Bailey complied and Van't Land told the two men about the report of people with a gun who matched their descriptions.

"So, don't reach for your waists," Vant'Land told the two men. "We're gonna just check and make sure that you don't have a weapon. Alright?"

At that moment, the other officer at the scene approached Bailey from behind, and Bailey ran away.

Watch the full news conference from the attorneys for Bailey's family:

This story was originally published by Ryan Osborne on KMGH .