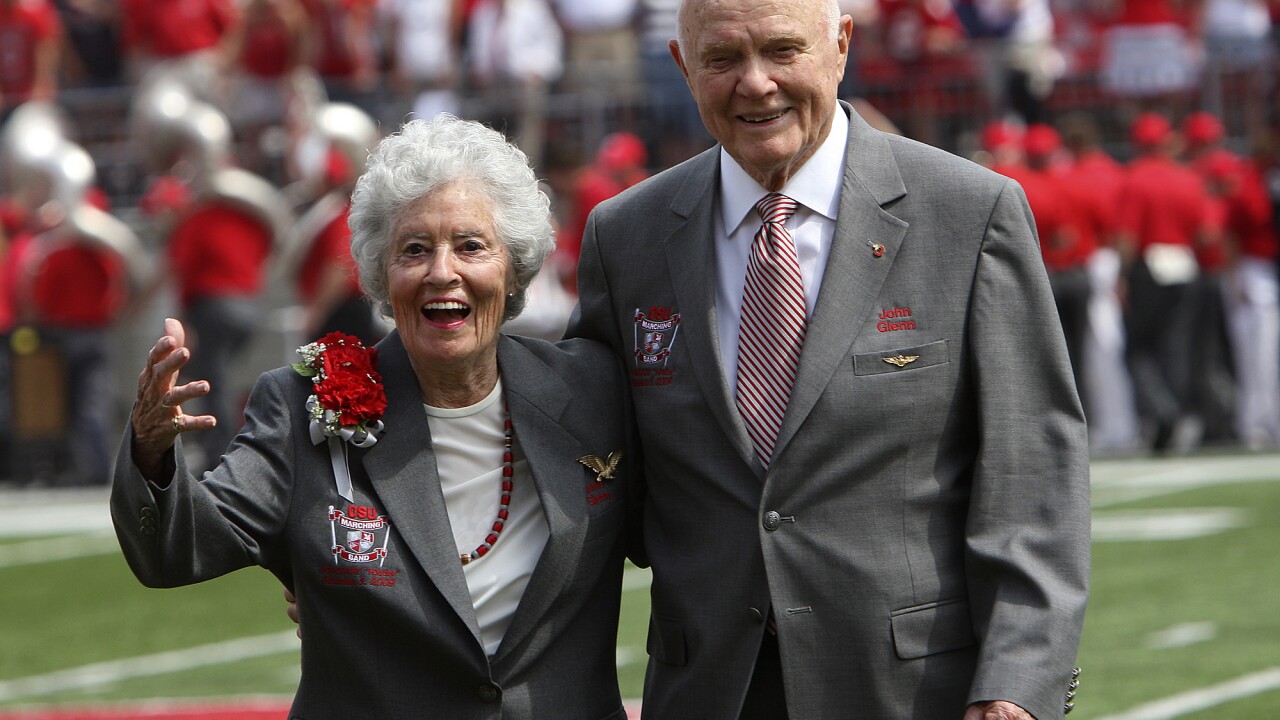 The Associated Press and The Columbus Dispatch confirmed that Glenn passed away Tuesday morning at a nursing home near St. Paul, Minnesota.

A spokesperson for Ohio State University told AP that Glenn had moved out of the Columbus, Ohio, apartment that she had shared with her husband before his death in 2016, and she had gone to live with their daughter, Carolyn.

During her life, Glenn became an advocate for those with communication disorders after overcoming a severe stutter herself.

Glenn was on the advisory boards of numerous child abuse and speech and hearing organizations. And, the Annie Glenn Award was created to honor individuals who overcome a communication disorder, AP reports.

"Fran and I were saddened to learn of the death of Annie Glenn. She was always kind and gracious to us whenever we saw her. This is a very sad day for all Ohioans. Annie Glenn was certainly our most most beloved Ohioan. She represented all that is good about our country. And, it is impossible to imagine John Glenn without Annie, and Annie without John. They grew up together and their life-long love story was inspiring to us all. To honor her tremendous life of service, I have ordered the flags that the flags of the United States and the State of Ohio shall be flown at half-staff upon all public buildings and grounds throughout Muskingum County and at the Ohio Statehouse, Vern Riffe Center, and Rhodes Tower today, and will remain until sunset on the day of her memorial service."