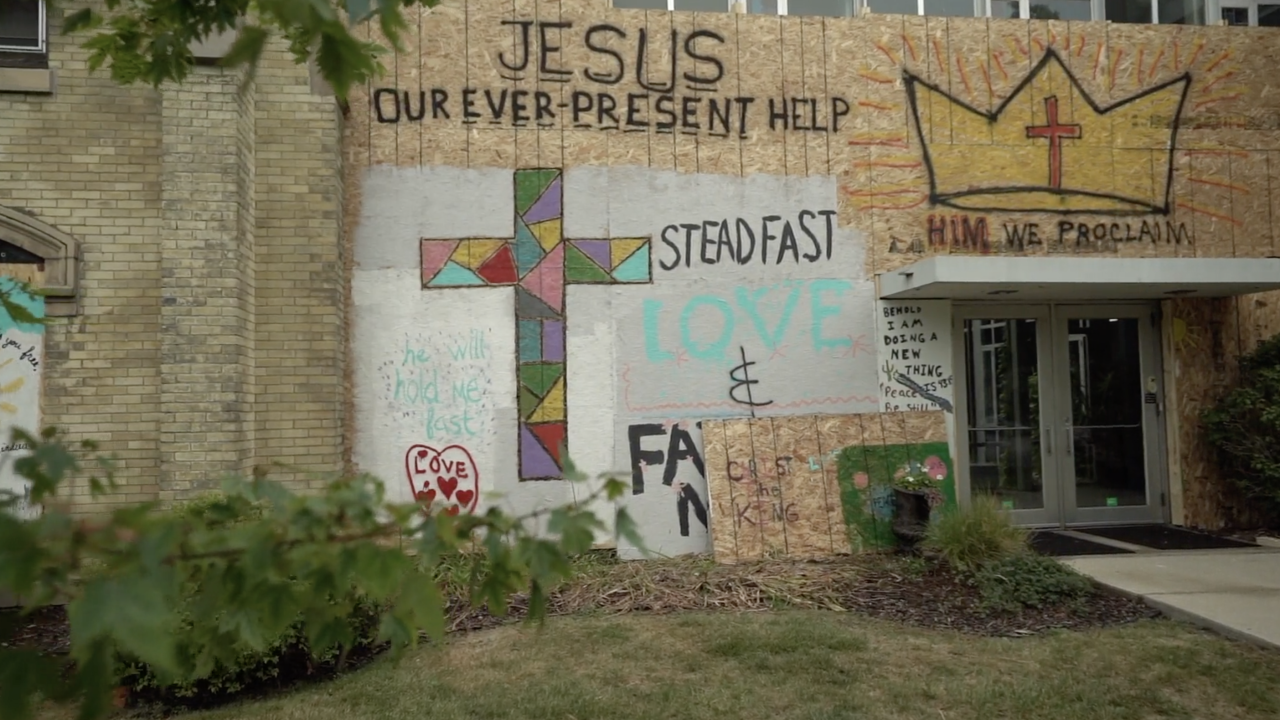 Rev. Dr. Monica Cummings doesn’t have to look far from her Kenosha, Wisconsin church to see the damage left by protests that turned violent after the police shooting of Jacob Blake.

“Our church shares a property line with the car dealership that was destroyed by fire," Cummings said.

Flames spared the Bradford Community Church, but in Kenosha, it's easy to see what wasn't.

“The anger that produced these demonstrations doesn’t come from a vacuum. It comes from problems in our society dating back in cases hundreds of years that we have not addressed," Carlson said.

Carlson is a Unitarian Universalist minister. His sermons are often are about bringing diverse ideas together.

"We’re not as much united by a specific idea of God, as much as we are netted around a commitment to positive social change and to the idea that we are charged with bringing love into this world," Carlson explained.

It’s a faith fit for a city wounded by issues of race and equality.

“The church can play a role in terms of having a partnership with the police department, in terms of bringing the community and police together," Cummings said. “It’s a challenge, how to interact with someone who represents a group of people who have historically oppressed you, who have historically traumatized you. How do you engage in an interaction with an individual without being defensive?”

"Police have trauma, as well. There is no way they could do their job day in and day out without their mental health suffering," she said.

Society has many views on how to police, protest, and pray. In this Kenosha church, diversity in race and viewpoints are welcome in finding a path beyond the heartbreak.

"We don’t like destruction of property, but we understand and appreciate the pain that it comes from," Carlson said. "We rather lose our building and 100 buildings than lose another life to police violence.”