International Church of Cannabis offers a supplement to traditional religion 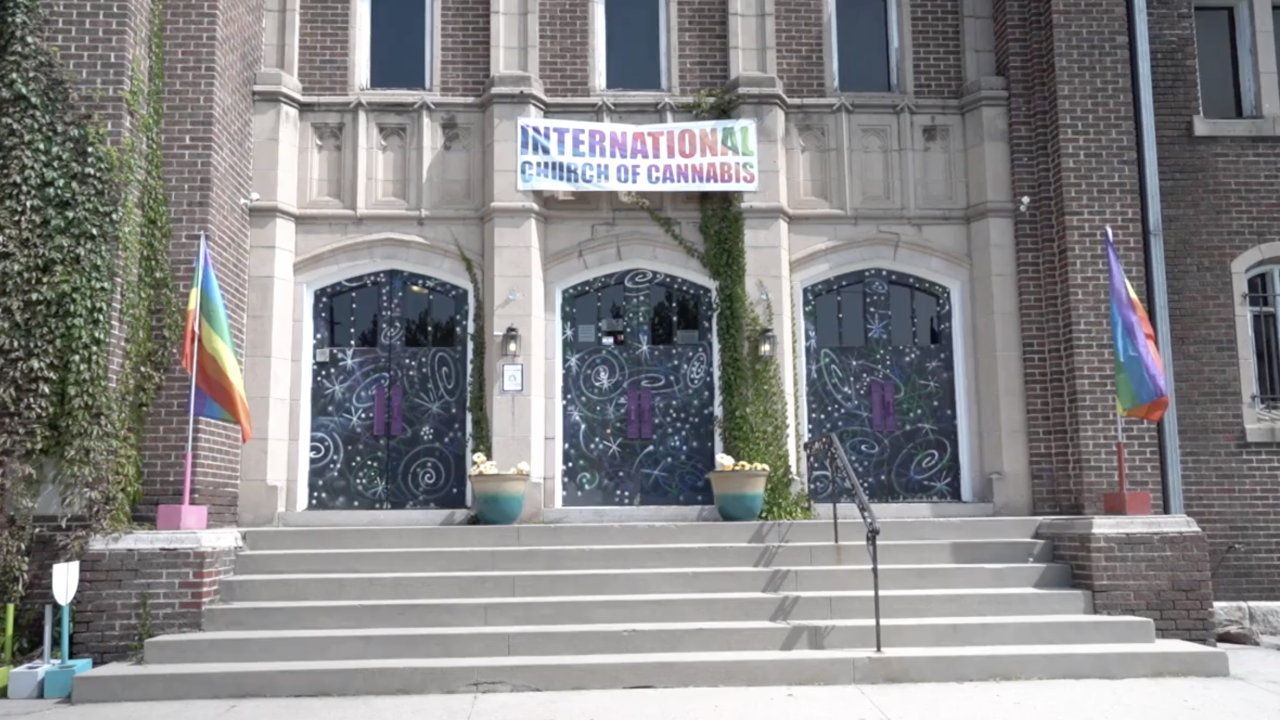 "We don’t pretend that we’ve invented something new; we just gave it a title and a safe place for people to use cannabis in their spiritual journeys to come here, and worship, and pray,” said co-founder Steve Berke. “We don’t tell them who to pray to. It’s really an open-minded spiritual community."

Their religion is Elevationism. Berke says it's about elevating one's self to the best version of self.

"While we do believe that cannabis can help you on your way to your spiritual journey, it’s also okay if you don’t use cannabis," said Berke.

He says they have people all over the world come to their church. People of all political views, races, and even other religious beliefs have joined their congregation.

Before COVID-19, like any other church, they would hold a Sunday service in their sanctuary with speakers, music, and lessons to take away. But unlike a traditional church, the consumption of cannabis was allowed.

Since the pandemic, they’ve had to stop the Sunday service but have continued with their daily BEYOND, a guided meditation paired with a light show. It’s family-friendly, no consumption allowed, and open to the public.

"Everybody takes something different from the meditation and that’s the goal. The goal is some people will take one quote of that mediation and apply it to their lives," said Berke.

And just like any other church, Berke says they give back to their community.

"We’ve led by example. We’ve volunteered picking up trash in the neighborhood, volunteering at animal shelters, feeding the homeless. We do all of the things that a normal church does without preaching a dogma inside our church," said Berke.

For now, they have one location in Denver but plan to expand to Los Angeles next year. They're also working on more guided meditations.

"We’ll have BEYOND Happiness, BEYOND love, BEYOND doubt, so all these different themes encouraging people to think and question existing establishment thought and really encourage their spiritual paths and journeys," explained Berke.

Berke says the one golden rule of their ministry is similar to other traditional religions: treat others the way you want to be treated.

"We’re all one human race. We may have different beliefs. We may believe in different gods, but that’s okay, right? Because we’re all spiritual and we all ultimately want this world to be a better place for the next generations," said Berke.