Dollar stores driving out local businesses in many small towns

Dollar stores driving out local businesses in many small towns 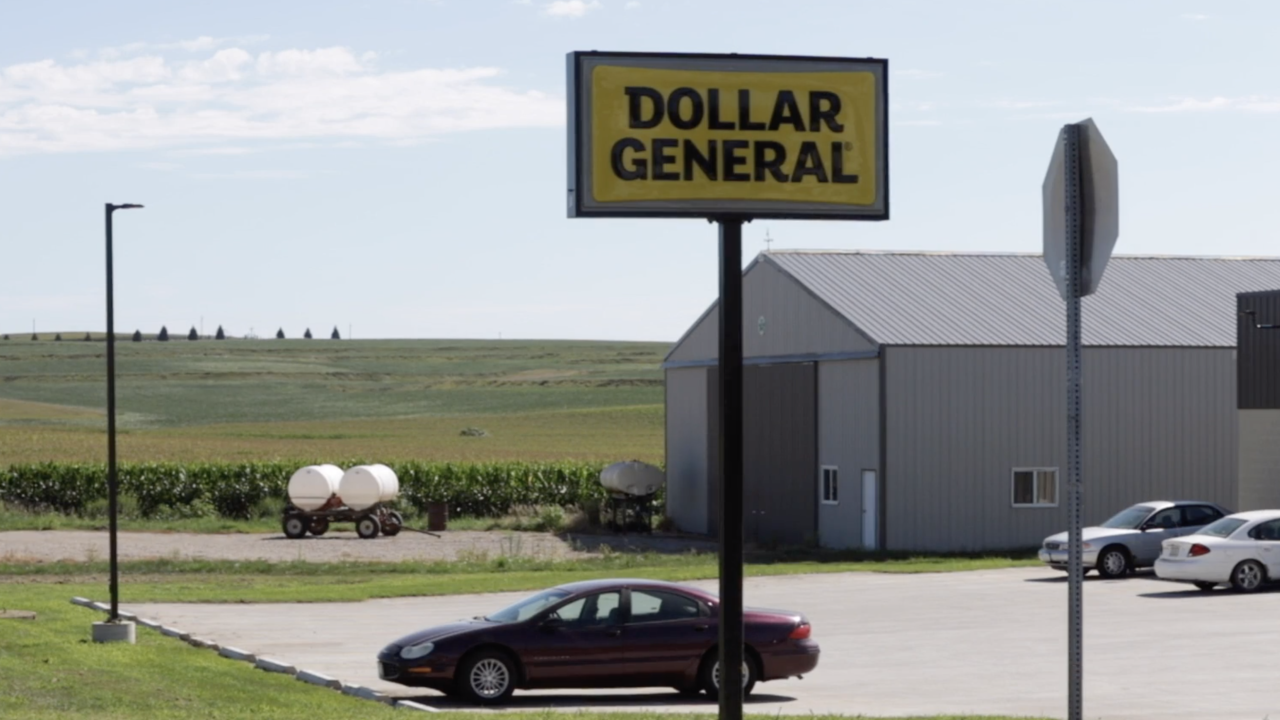 Davis owns the town’s single grocery store: Chet’s Foods. The store has been operating for decades, and Davis’ family has owned it for more than 40 years.

Generations of the community have come through these doors, but now, Davis is worried this neighborhood staple may have an expiration date.

“Whether we can make it the rest of the year, I don’t know,” said the father of four and grandfather of eight.

Davis said his store’s sales took a big hit when a new neighbor moved in just a few blocks away.

“This year, we had a Dollar General open up in Kingsley,” he said.

After the discount store opened, Davis said his profits dropped by about 20-percent.

“It’s disheartening,” said Davis. “You just do what you can, and that’s all you can do, so you just gotta kind of accept it. But you don’t want to; you want to fight it.”

The loss in income is something he can’t afford for long.

“It costs us $2,000 a month just in electricity,” said Davis, as he pointed at the cold storage inside his store that’s necessary to keep frozen products, meats and produce fresh.

But Davis has a bigger worry: the loss his entire town is about to see.

“If we lose our store here in town, if you want a head of lettuce, you’ll have to drive 25, 30 miles. They always talk about a food desert, and that’s what we’ll have here if we end up having to close the store like we did the other one,” said Davis, referring to his second grocery store just a few miles away.

What used to be a space packed with fresh produce is now empty, collecting dust. Davis and his family were forced to close just over one year after Dollar General opened right next door.

“They came in and took about 30 percent of our business right off the top. A little bit of it came back, but not enough to pay the basic bills,” said Davis.

Davis’ story is a snapshot of the incredible growth of dollar stores across the United States over the last decade.

There are more than 33,185 stores across the country. That’s more than all the Starbucks and McDonald’s in the U.S. combined.

With three new dollar stores opening each day on average, these bargain stores are growing faster than any other type of store.

Much of the dollar store success is born of strategy: flood small town USA with stores.

Making a trip to the dollar store is closer and just as affordable as driving to the nearest big box store.

Crystal Ghassemi with Dollar General said the company is not looking to replace local businesses.

“We’re going into communities that, candidly, other retailers are choosing not to serve,” said Ghassemi. “The fact that we have an average basket size of $12, really highlights that customers are looking to us to fill in, to supplement broader grocery runs, instead of filling up,” she said.

Stacy Mitchell of the Institute for Local Self-Reliance said a major problem is the number of stores in local communities.

“When you come into a neighborhood and you open dozens and dozens of stores and often adding stores a block away from an existing store, your goal is not to become another option in the market, your goal is to own the market, to create a situation where there’s no room for anybody else,” Mitchell explained.

The landscape in Kingsley is a familiar one across the country illustrating just that. People there can shop at any of a handful of dollar stores within 10 or 15 miles. The closest Walmart is more than 20 miles away.

Another issue at play is food deserts. Dollar stores often open in rural areas with few or no grocery stores.

Analysts say groceries could help dollar stores go toe-to-toe with giants like Walmart and help them compete with grocery stores and mom-and-pop shops.

“Dollar General and Family Dollar are now a bigger grocer than Whole Foods is,” said Mitchell.

For shoppers, there is a need for both the grocery store and the dollar store, despite the consequences of the rivalry.

“There was a lot of controversy, but I think people who were against it are using it now,” said Marilyn Richardson, who lives in Kingsley.

Richardson said she gets her groceries at Chet’s but goes to the dollar store for clothing items and paper goods.

The need for both is a reality Davis doesn’t ignore.

“There’s a place for them. It’s just what they do to everything else, it just destroys,” said Davis.

The danger to his family’s livelihood—a painful experience he’s working to salvage.

“Here, we raised our family, and our kids all went to school, so it’s near and dear to our hearts to keep things going for the people we know that need us,” said Davis.

But it’s a need that goes both ways.

“Hopefully, our customers will help us keep it going, because once it’s gone, it won’t come back,” he said.