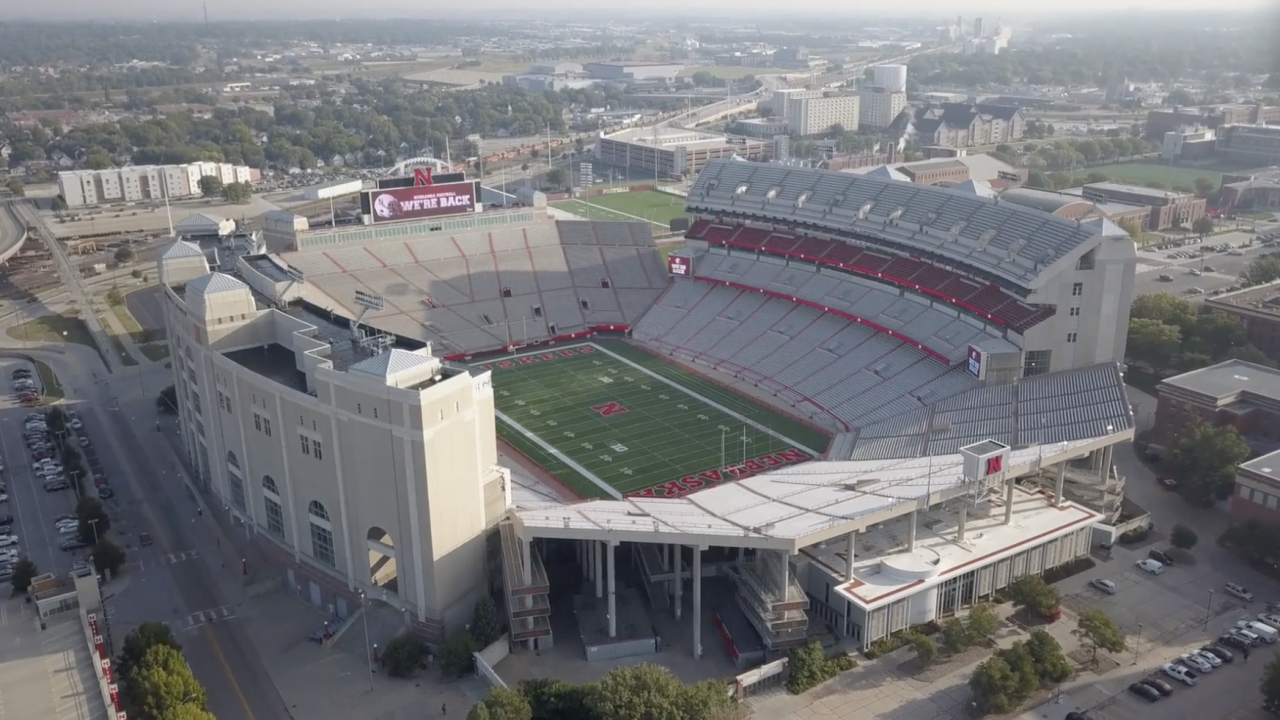 For generations, in Lincoln, Nebraska, the community has thrived on the return of the University of Nebraska’s legendary football team each fall.

“Nebraska football, not just for Lincoln, but for Nebraska is a huge thing,” said Joey Rupp, who owns a store that sells all things Huskers.

But if 2020 has proven anything, it’s that few things are promised.

“When this first all started in March, we really saw a decline. We’ve seen a decline each month,” Rupp said.

Rupp manages Best of Big Red, which is located in Lincoln’s Haymarket district, an area within walking distance of Nebraska’s Memorial Stadium filled with bars, shops, and restaurants.

Rupp typically has a lot riding on college football season.

A Nebraska home game can draw around 150,000 people to town.

Coronavirus cut the Nebraska Cornhuskers' home games from the typical seven to four. Crowd restrictions mean the team will play in a mostly empty stadium.

Nebraska fans have sold out their 85,000-seat stadium for every home game since 1962.

“We’re not a heavy tourist destination but relying on college football is our biggest tourist draw for the entire year,” explained Todd Ogden, the president and CEO of the Downtown Lincoln Association.

A pandemic and postponed football season put a lot of pressure on Ogden.

“A lot of our businesses completely rely on those seven Saturdays to survive,” Ogden said.

He’s leading an effort called City of Red. The campaign pushes for Husker faithful to still support places that depend on football dollars. That includes bars and restaurants.

“Normally, I think it’s the best place to watch a game including the stadium,” Taylor said of his bar Tavern on the Square.

Taylor loves owning his bar, but love is a tough word for the bar business in 2020.

"I usually love my job, but this year has not been very fun,” Taylor said.

He says while it's good there will be a football season, it's unclear what the financials will look like.

“It definitely helps but it won’t be a normal game day. Obviously, with decrease capacity in the stadium, I think less people will travel,” Taylor said.

It could be easy to see red as a color of anger this year, but in the fall, especially in Lincoln, red has a more optimistic meaning.

"This has been a strange time, because it feels like we’re more divided than ever,” Taylor said. “I think if we can center around a team and all cheer for a single goal, I think it brings people together.”