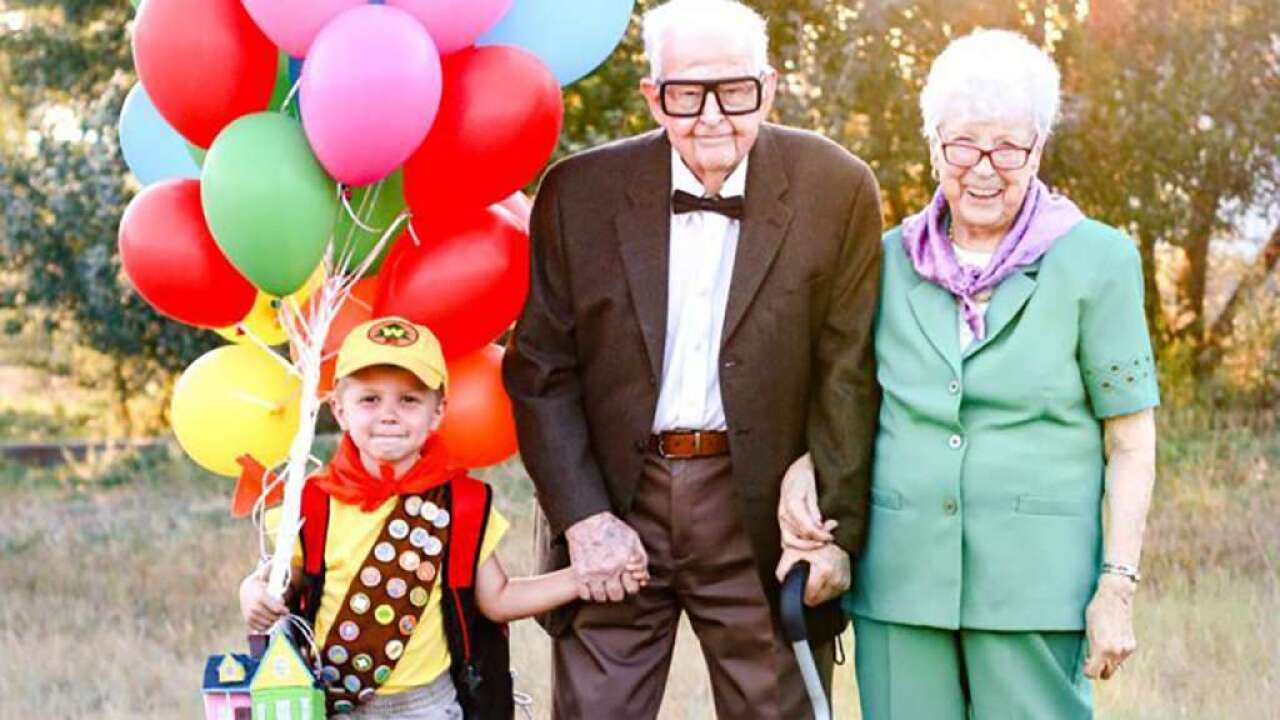 (WTXL) — A 5-year-old boy’s birthday photoshoot with his great-grandparents is going viral on the internet.

According to ABC 10, Rachel Perman, a photographer from Greeley, Colorado, took the adorable pictures of her children to commemorate a special milestone in her family's life. Around five years ago, she was diagnosed with cancer.

Now her cancer is in remission and her twins, who she gave birth to just before finding out she had cancer, are 5 years old. To celebrate, Perman set up themed photoshoots for each of her three children, starting with her twins.

"I decided this year that I was going to do fun thematic photo sessions with each of my kids for their birthdays!" Perman wrote in a Facebook post. "The twins were up first! UP themed session for Elijah with his 90-yr-old great grandparents as Carl and Ellie, and a unicorn/princess session for my daughter Emilee! The magic is real with these!"

Elijah's great-grandparents dressed up as Carl and Ellie from the film while Elijah dressed up as Russell. The photos have since gone viral on social media.