March from Selma to Montgomery Ends on Alabama Capitol Steps 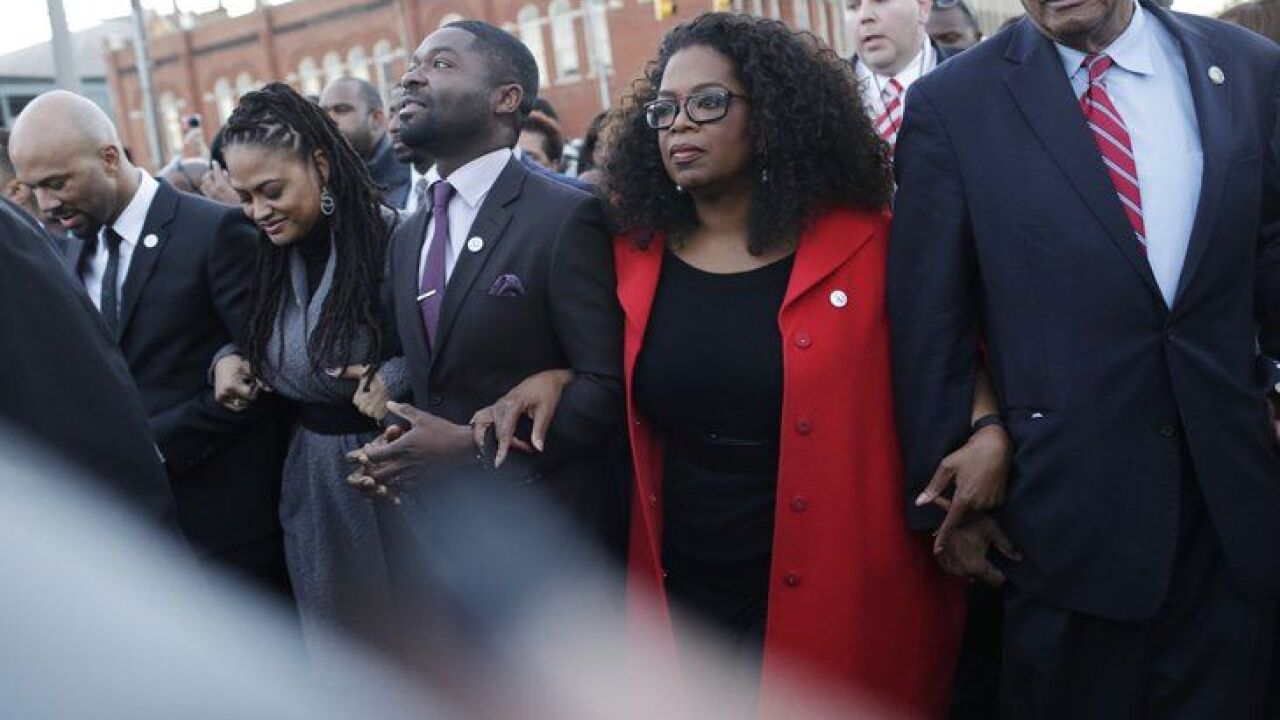 AP
Oprah Winfrey locks arms with David Oyelowo, left, who portrays Martin Luther King Jr. in the movie "Selma," Ava DuVernay, the director of "Selma" and rapper Common, far left, as they march to the Edmund Pettus Bridge in honor of…

MONTGOMERY, Ala. (AP) - The daughters of Martin Luther King Jr. and former Alabama Gov. George Wallace are joining to commemorate the 50th anniversary of the end of the Selma-to-Montgomery voting rights march.

Bernice King will read a speech by her father as a re-enactment of the more than 50-mile march ends Wednesday at the state Capitol.

Peggy Wallace Kennedy will also speak about the day thousands of marchers arrived at the Capitol in 1965. Her father was a segregationist who opposed civil rights in the 1960s but later apologized.

Commemorations began earlier this month in Selma with an appearance by President Barack Obama and tens of thousands of people walking across the city's Edmund Pettus Bridge.

The final, 3-mile stretch of the march to the Capitol will begin in west Montgomery.

(Copyright 2015 The Associated Press. All rights reserved. This material may not be published, broadcast, rewritten or redistributed.)