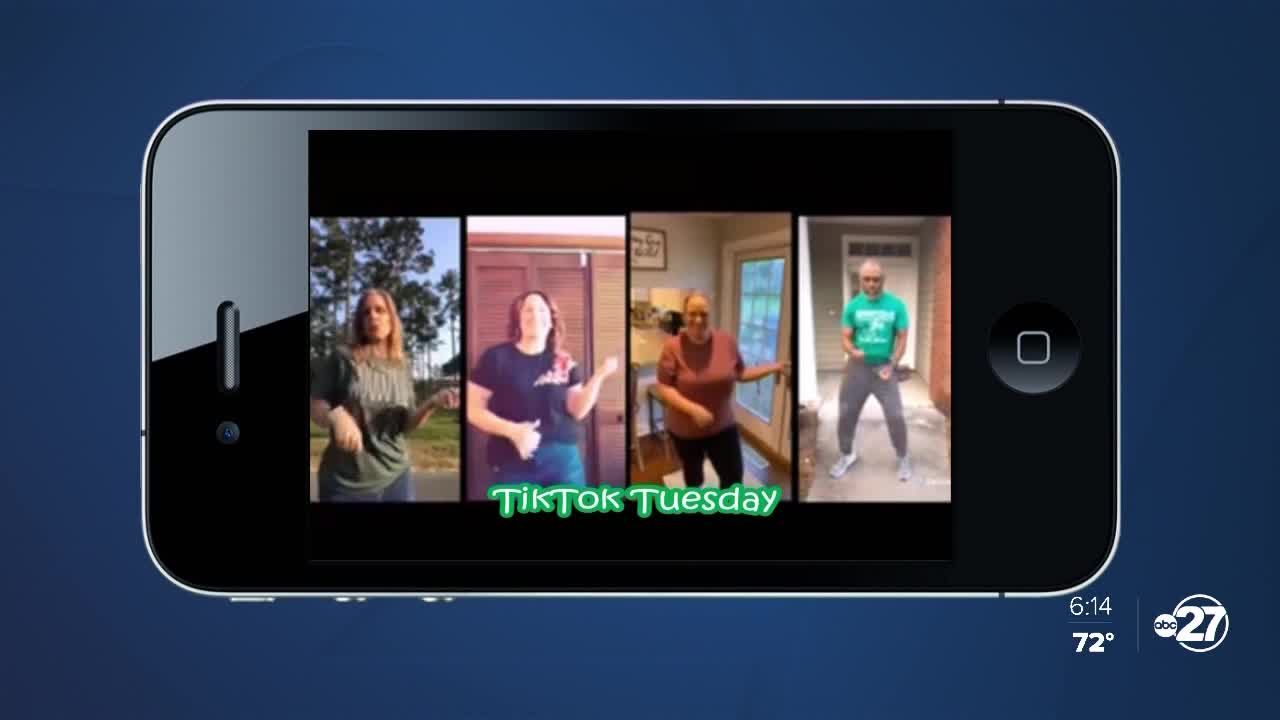 TALLAHASSEE, Fl. (WTXL) — Since the Coronavirus hit the U.S. the app TikTok has become more and more popular each day. The app is used to create short videos where you can dance, lip-sync, and much more. On Tuesday, administrators for Woodville School participated in TikTok Tuesday by dancing to "Funky Town."

Administrators said they were nervous to create their first TikTok video, but that it ended up being a big hit with their students.

"We were reluctant at first, not about doing something for the kids, but the fact that we were going to be filmed, and they were going to watch us dancing," explained Patrick Wright, the assistant principal of Woodville School.

Dr. Lisa Mehr, Woodville's principal, got the idea to create a video from her daughter. "With everything going on and not getting to see them, and they're always on TikTok too, I was like "alright." So, I asked our admin team if they'd do it with me and they did, and that's what we got."

Dr. Mehr, Patrick Wright, Jessica Andrews, and Jessica Hooker did not use the TikTok app, but instead, watched a tutorial on how to create the video. "We each did our own individually and then sent it to Mr. Wright, his son is a videographer, so he put all four of them together for us," said Dr. Mehr. "And we were in four totally different places."

The video is fun for everyone, but it's also a way for the administration to show students they are thinking of them. Wright said, "I tell the kids, "I treat you as if you were my own kids." While you're stern with them about things, you also laugh with them, you share with them, you cry with them, all of those things."

The principal added, "We do understand that it's a very difficult time right now, but we'll get through it, and they are loved."

Woodville teachers are up next for Tik Tok Tuesday. Wright's advice to them is to dive right in. "It hurts. It's painful at first, especially when you do your takes and you play it back and watch yourself doing it. But, after it's all done and you get some views on it, it's all worth it."

Woodville School's administration explained they will keep the TikTok videos coming until their students are back in the classroom. They also asked for students to send them their TikTok videos.