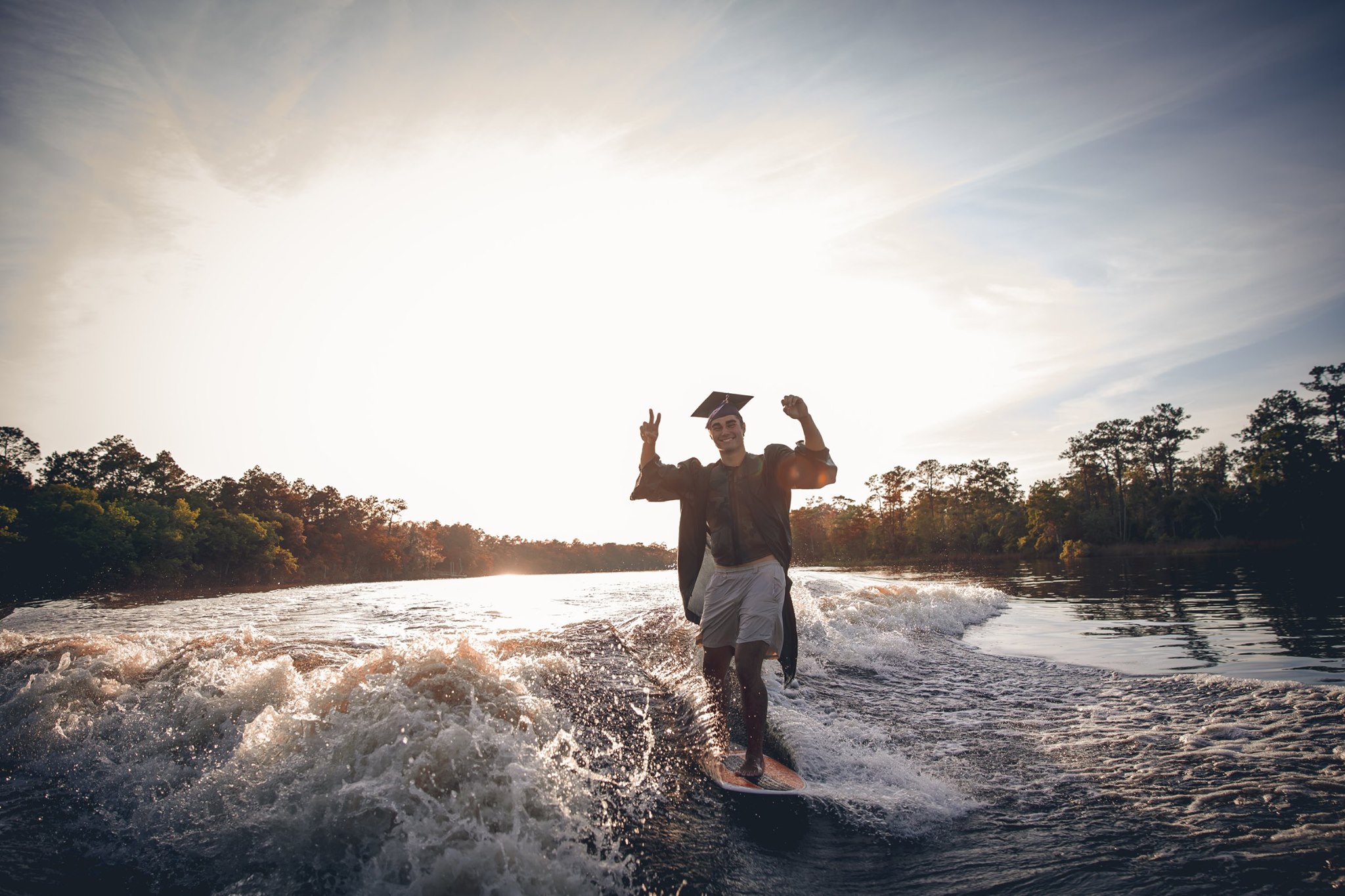 Lyric Oaks is a familiar name on Friday nights as a standout football player for the Wakulla War Eagles, but Oaks is in the spotlight now for a different reason: His senior portraits were done wakeboarding.

CRAWFORDVILLE, Fla. (WTXL) — It's been a tough few months for seniors across the Big Bend and south Georgia. Memories they thought they'd been making were taken away. One Wakulla High School senior had an idea, a Tallahassee photographer made it come to life, and now he has a special memory that'll stick around for years to come.

Lyric Oaks is a familiar name on Friday nights as a standout football player for the Wakulla War Eagles, but Oaks is in the spotlight now for a different reason: His senior portraits were done wakeboarding.

Elizabeth Birdwell has done photography for nearly a decade, but she said this request for senior portraits was a new one.

Oaks and his mom saw the idea on a Tik Tok video and EBirdwell made it happen with a photo shoot on the Ochlockonee River.

"We thought it'd be a pretty cool idea and it'd be different than everyone else's senior pics," said Oaks.

Like so many seniors, Oaks saw his final year of high school come to an early close, and to give him memories that won't be taken away is exactly why Birdwell was excited to get involved.

"I thought wow, this could be cool, you know," said Birdwell. "But can he really do this in a cap and gown?"

"It was pretty different," Oaks said. "You had to not get everything wet. We made it work!"

A little work for memories of a senior year for a senior that didn't get to finish the way he thought.

"Within the first two minutes, I was like, 'wow,'" said Birdwell. "This kid knows what he's doing everywhere! He did amazing. He did all the hard work, literally. I just made sure all the lighting was right, did a little camera work and that was it!"

"It was kind of something different, and so was this high school year," said Oaks. "It goes together, honestly."

"He missed out on a lot of special memories, especially at the end of the year with his friends," said Birdwell. "To know he was really so excited was the best thing. He texted me later that night when I showed him a few peeks and he said 'These are so awesome!' It's a great feeling, yeah."